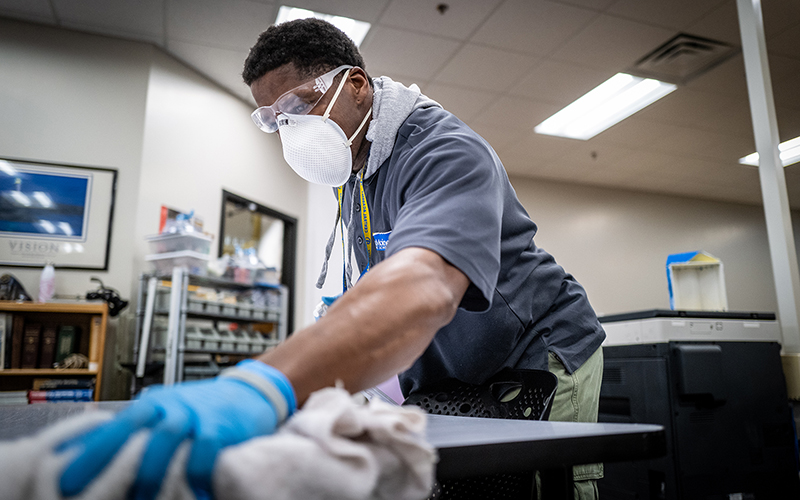 PHOENIX – Arizona is one of 18 states in the coronavirus “red zone” that should take stricter action to curb the rapid spread of COVID-19, according to an internal White House report unveiled Thursday.

The document, first reported by the Washington-based nonprofit Center for Public Integrity, categorizes states as being in the red zone if they exceeded 100 new cases per 100,000 residents last week and had more than 10% positive tests for the virus. Arizona topped both categories, with 349 new cases per 100,000 residents and a 20% positive test rate, according to the document.

The report came the same day Gov. Doug Ducey said the state’s COVID-19 numbers were headed in the right direction, even as he warned state residents that the virus is here to stay and urged people to wear masks, socially distance and take other measures to curb its spread.

The report also came one day before Arizona recorded 91 new deaths, to top 2,500 for the first time, and added 3,910 new cases.

But the executive director of the Arizona Public Health Association said it is important that people see the numbers in the report. Will Humble said that the percentage of positive tests, in particular, gives a clearer picture of the situation.

“I think that’s a really important metric because so often when people go to the dashboard, they look at the number of new cases per day but in large part that depends on the number of samples that were returned from the lab that day,” Humble said. “The percent positive gives you a much clearer picture of what the level of community spread is relative to the amount of testing that is available in the community.”

Twelve of Arizona’s 15 counties were also in the red zone in the White House report, with only Apache, Gila and Yavapai counties in the yellow zone.

The document recommends that red zone jurisdictions take steps that include mandating masks in public, closing bars and gyms, limiting restaurants to 25% of dine-in capacity and encouraging people who participate in large gatherings to get tested, among other measures.

Ducey last week cut restaurants back to 50% capacity, but he has resisted calls to impose a statewide requirement for masks, which are being required by many local governments in the state.

When contacted, a spokesman in Ducey’s office highlighted the expanded round of testing that launched Friday. The federally supported surge testing will continue for the next two weeks at South Mountain Park, 10919 S. Central Avenue, and Maryvale High School, 3415 N 59th Ave, both in Phoenix.

Appointments for the free tests have to be made, at AZHealth.gov/SurgeTesting, and everyone who gets tested will also receive five cloth face masks. The goal is to offer 2,500 tests per day at each site, part of an ambitious plan to boost testing to 35,000 a day by the end of July.

“The governors and the health directors have a goal of having the ability to test 35,000 samples a day by the end of July, which is now just two weeks away,” Humble said. “So in order for that to happen they are going to need a lot more analytic capacity as well as better supply chain for the tests.”

As of Sunday, July 19, the Arizona Department of Health Services reported 143,624 cases of COVID-19 and 2,761 deaths in the state. It said 995,510 tests for COVID-19 have been completed in public and private labs in Arizona, and 12.4% of tests have come back positive for the virus that causes the disease.

As if reopening schools in the face of a pandemic is not challenge enough, school officials are now grappling with the problem of getting masks for student in low-income communities, the Arizona Republic reported.

Many schools are requiring students to wear masks this year because of COVID-19. But students are likely to need many masks to get them through the year for hygienic purposes, in addition to the problem of young kids losing their masks.

Schools will have to compete with different businesses, health care workers and government entities to try and provide all the masks necessary for their students.

Editors: A previous version of this story included an incorrect date. The Center for Public integrity report was first posted Thursday. The story here fixes time references in the lede and in grafs 3 and 4, but clients who used earlier versions of the story should run the correction found here.

Schoolkids are not the only ones who need face masks, and the state is looking to help.

Ducey said Thursday that adults older than 65 or those who have a medical condition will be able to request a mask from the state if they are not in a position to go get one themselves, ABC15 reported.

The state has partnered with Hanes to make at least 2 million masks for this population. Friday was the first day people could place an order for these masks. The orders are expected to take two to four weeks to deliver.

With remote learning a possibility for many schools this fall, different organizations are looking to step up to help parents so they can return to work while their kids stay home for classes.

Fox10 reports that some businesses are hoping to offer themselves as a safe place where parents can drop their kids, who can also get their school work done. These companies, which include the Boys and Girls Clubs of the Valley and Arizona Sunrays Gymnastics, will help facilitate online learning as well as provide the children with other activities throughout the day, according to the report.

As cases of COVID-19 begin to rise in Arizona, safety concerns for the incarcerated are also beginning to rise, Cronkite News reported.

There is growing concern of whether the conditions of these prisons are sanitary and precautionary measures for the prisoners are put in place. At least 569 prisoners at 13 of the state’s 16 prisons had tested positive for COVID-19 as of Wednesday, according to the Department of Corrections, Rehabilitation and Reentry. The ADCRR is continuing to separate inmates with flu-like symptoms so they can get the appropriate care, but some inmates say this is not what is happening. 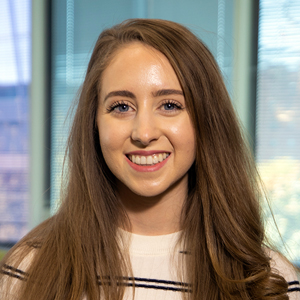