At least 569 prisoners at 13 of Arizona’s 16 prison complexes had tested positive for COVID-19 as of July 15, according to the Department of Corrections, Rehabilitation and Reentry. (Photo by Jobs for Felons Hub/Flickr via Creative Commons)

As COVID-19 began to spread across the Southwest in March, lawyers representing incarcerated Arizonans reported “unsanitary conditions,” “inadequate medical staffing and treatment” and a “failure to take strong and sensible precautionary measures” in state prisons.

The combination left prisoners “highly vulnerable to outbreaks,” the attorneys wrote in a letter to the state before asking a federal judge to intervene. The judge did by issuing an order for officials to release more information, but prison advocates say it hasn’t been enough.

Nearly four months later, complaints of insufficient safety measures and subpar medical care continue to plague Arizona prisons. At least 569 prisoners at 13 of the state’s 16 prison complexes had tested positive for COVID-19 as of July 15, according to the Department of Corrections, Rehabilitation and Reentry, and at least 371 staffers have reported positive results.

Justice reform advocates and others with ties to the correctional system worry the state is running out of time to prevent an even more dangerous surge in cases. COVID-19 can spread swiftly in crowded indoor spaces and among individuals with chronic health problems.

“(Inmates) are scared,” said Jared Wagoner, who was incarcerated in the Cibola Unit at the Arizona State Prison Complex in Yuma until June 8. He cited close quarters, insufficient testing and indifferent medical staff as ongoing obstacles.

“They’re scared that their two-year sentence is going to become a life sentence,” Wagoner said.

‘We could never get a straight answer’

Arizona has one of the highest incarceration rates in the country, according to a 2018 report from FWD.us, a bipartisan advocacy group that analyzed 30 years of prison data. More than 40,000 people are incarcerated in state prisons, corrections data shows.

In terms of COVID-19 outbreaks in state prisons, Yuma had the second-highest number of infected inmates as of mid-July. Corrections data from July 15 indicated nearly 550 of the unit’s 4,600-plus inmates had been tested for the novel coronavirus that causes the disease, with nearly one in five testing positive.

“People had tested positive out of every single dorm on the yard,” Wagoner said, adding that with prisoners sharing facilities and spaced just 3 feet apart while in their cells, that meant nearly everyone had likely been exposed, he said.

The nearly 3,000-inmate Arizona State Prison Complex Kingman, operated in Golden Valley by GEO Group, also experienced a COVID-19 outbreak, though it was smaller. Results for five of the 17 people as of mid-July came back positive, according to the corrections department. 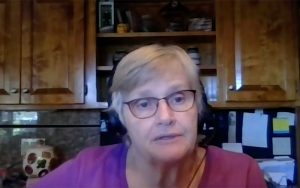 Deborah North, whose husband is in the state prison in Kingman, says practicing social distancing in prison has been tough. (Photo by Katelyn Keenehan/Southwest Stories Fellowship)

Deborah North, a justice reform advocate whose husband is held at Kingman, said family members had to piece together details about what’s happening with COVID-19 in prisons themselves, as they were mostly kept in the dark.

The corrections department declined a request for an interview.

“I am in a lot of Facebook groups with people that have relations inside Kingman,” North said. “If you don’t hear from your loved one even for a day, then the signal goes out, and everybody questions what is going on.”

North’s husband is 78, which puts him in the age group most vulnerable to the virus. Because of tight living quarters and narrow hallways, maintaining 6 feet of social distance is out of the question for him, she said. Six inches is more realistic as inmates line up to get food or medication.

For months, inmates lacked access to a basic tool that could have mitigated infection risks in close quarters – face coverings – despite being put to work making face coverings for prison staff as early as April 7. Masks were not mandated for staff until June 15, when David Shinn, director of the corrections department, required them for prison staff throughout the state.

Face coverings help block the respiratory droplets produced when an infected person coughs, sneezes or talks – the primary way the virus spreads, according to the U.S. Centers for Disease Control and Prevention.

At the Kingman prison, North said, officials have provided three masks a week per inmate after prisoners began trading the few masks they had for other goods.

“I think they wanted to reduce how much they had become a commodity,” she said.

It wasn’t until June 29, after months of pressure from prisoners, their families and other advocates, that Gov. Doug Ducey announced all incarcerated Arizonans would have access to masks by the end of that week. On July 2, corrections officials said prisoners had received cloth face coverings.

‘Nobody … has been able to get a test’

In Yuma, Wagoner said, inmates who reported symptoms were turned away without receiving a test. 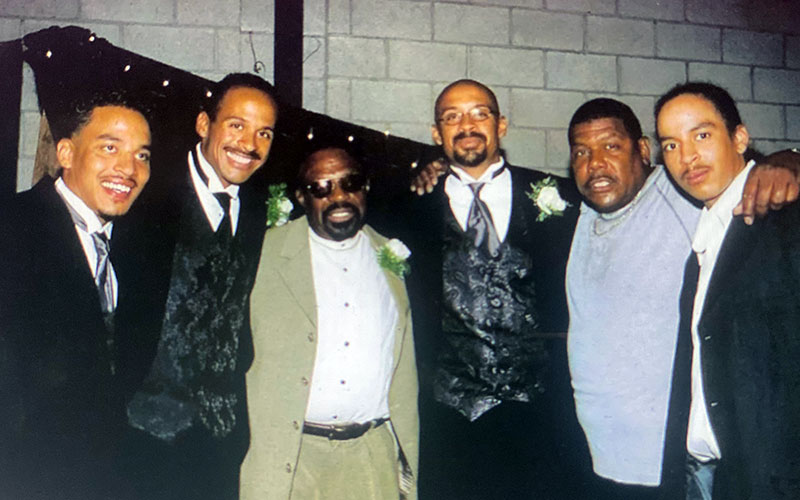 ‘We have to do something': Inmate's brother seeks his release to escape COVID-19 behind bars

“All the medical told them was that they were dehydrated, and to go back to the dorm and drink water,” he said.

At the Kingman complex, North said, “nobody in the runs (dormitories) that my husband is near to has been able to get a test. Not a single one.”

North’s husband has had difficulties receiving medical care, she said, despite living in the complex’s medical unit. Inmates have long alleged that medical services in state prisons fall short: Despite settling a class-action lawsuit over the matter in 2014, Arizona has been fined millions for failing to comply with the terms of the settlement, according to The Arizona Republic.

“A lot of the medical staff treat them as subhuman … and that was true before COVID,” North said.

The state also does not require infected corrections staff to report their COVID-19 status, although they may self-report if they desire. The self-reported staff numbers can be found on the corrections department’s COVID-19 dashboard.

Throughout the pandemic, state corrections officials have insisted they’ve instituted precautionary measures to protect inmates from the virus, such as suspending visitation, halting inmate transfers to avoid cross-contamination, and providing bars of body soap upon request.

But prisoners and their families say the measures have been applied unevenly and irregularly. 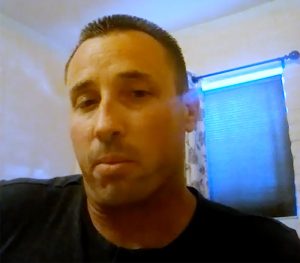 Jared Wagoner, who was released from the Yuma State Prison Complex on June 8, says prison medical departments are not testing inmates who report symptoms. (Photo by Katelyn Keenehan/Southwest Stories Fellowship)

At Yuma and other prisons operated by the state, for instance, officials allow each inmate one 15-minute video visit with family members per week, in addition to two free phone calls. But at the privately operated Kingman complex, video visits never have been an option.

Early in the pandemic, the state also rejected masks, soaps, gloves, feminine products and other personal hygiene items collected for inmates by the American Friends Service Committee of Arizona, Arizona Attorneys for Criminal Justice and the Reframing Justice Project.

Corrections officials now provide soap, but prison photos show bars the size of two quarters. Inmates are expected to use the soap to wash their hands, bunks and bathrooms.

The state did suspend transfers of inmates from facility to facility, a strategy used to meet bed-occupancy contract requirements. But guidance issued by Shinn, the corrections director, in June indicated transfers had resumed.

“We have done prison reform rallies by the Douglas facilities, and can see the buses pulling in full of people,” North said.