Deyanira Garcia, a student organizer with Aliento, is a DACA recipient who has lived in the U.S. for 19 of her 20 years. Her sister is a citizen, but she says that doesn’t let her rest because she also must worry about her family. (Photo by Miranda Cyr/Cronkite News) 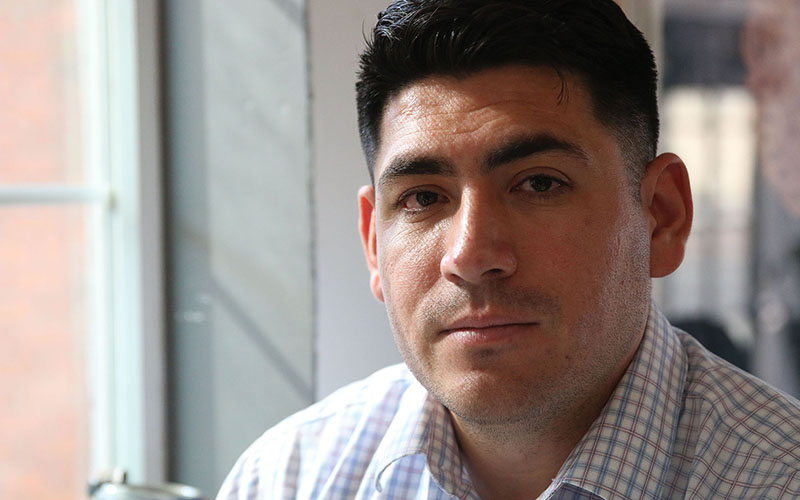 José Patiño, director of education and advocacy at Aliento, hopes the justices “take into consideration our contributions, our economic contributions, our social impact, and our ability to build a life here in the U.S.” (Photo by Miranda Cyr/Cronkite News) 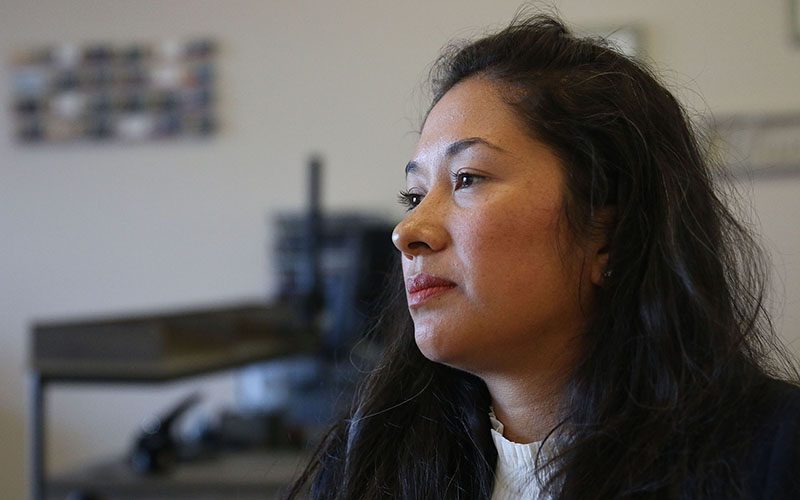 Dulce Matuz, co-founder of the Arizona Dream Act Coalition, has been advocating for acts like DACA since 2009. She stresses the importance of immigration not just state-wide, but nationally. (Photo by Miranda Cyr/Cronkite News)

“You don’t have the ability to plan for the future because you don’t know if you’ll be in the country in the next two years,” said Deyanira Garcia, 20, a student organizer with Aliento, an organization that provides resources and support for undocumented students. “Every time you renew (your DACA application), you just hope that … something will get done to make your stay in the country more permanent.”

The Supreme Court is considering whether the Trump administration can constitutionally shut down the program, which President Barack Obama enacted by executive order. Under DACA, undocumented immigrants who came to the United States at an early age are legally able to work, attend school and live in the country without threat of penalty. This permission is temporary and must be renewed every two years.

In Arizona, there were 24,700 active DACA recipients as of June, according to the U.S. Citizenship and Immigration Services.

“I understand how Deferred Action became a reality,” Dulce Matuz said, co-founder of the Arizona Dream Act Coalition. “It was not because a politician gave it to us, it was something that we had to organize and fight for. We also understand that it was a temporary solution.”

This temporary solution has allowed many young immigrants to pursue higher education and work legally, opening up opportunities for DACA recipients like José Patiño, director of education and advocacy at Aliento. In his role within the organization, he raises funds to send those known as “Dreamers” and other undocumented immigrants to college.

“It’s really heartbreaking when they work for years and years and hours and hours for them to go to school,and then they face this barrier where they can’t go,” Patiño said. “I’m very lucky because I was able to get my education, and no matter what happens, they can’t take that away from me.”

Patino said the gridlock between the political parties can be frustrating. He and his organization are pushing for local and state changes, rather than at the federal level. For example, during the past session of the Arizona Legislature, they advocated for laws to make in-state tuition available to all Arizona high school graduates, regardless of immigration status.

Matuz, for her part, has experienced that gridlock as she pursues her education and career.

“I had done everything that had been asked for me,” she said. “I had the grades, I had my diploma, like my peers. But everybody could move on, and I was stuck. And then, that same year that the DREAM Act legislation was introduced, me and my colleagues saw that as an opportunity to fight and fix our situation. Back then I thought, we’ll fight for the DREAM Act and we’ll pass it in a year.”

Matuz is referring to a federal bill in 2010 that would have created a path for legalization for thousands of youth who grew up in the country without a legal status. The bill didn’t have enough bipartisan support to pass in Congress, and it has been reintroduced in several different forms without success.

Along the way, Matuz became a nationally recognized advocate for immigration policy, and in 2012 was noted in Time magazine’s “World’s 100 Most Influential People.”

“Immigration is not something that is isolated to Arizona,” she said. “We understand the importance of it, not just nationally, but worldwide. There’s over 60 million displaced individuals right now in the world that don’t have a place because of poverty, because of violence, because of war.”

She has worked closely with the Dreamer community since 2009, when the Arizona Dream Act Coalition was founded. She thinks that even with the current Supreme Court hearings, the time is now to take a stand and continue pushing for action to allow Dreamers and other undocumented immigrants to remain in the U.S.

“I want DREAM Act and DACA recipients to understand that, and I want them to continue with the fight,” Matuz said. “Because no elected official is going to do anything for them, like they didn’t do for us. We have to take advantage of every opportunity.”