The fight over deferred deportation was at the Supreme Court in 2016, shown here, when it refused to allow an expansion of DACA to include parents. On Tuesday, the high court will consider whether the Trump administration has the authority to end the Deferred Action of Childhood Arrivals program entirely. (Photo by Madison Alder/Cronkite News)

WASHINGTON – Arizonan Yazmin Irazoqui-Ruiz can’t be in Washington when the Supreme Court considers whether the Trump administration can end DACA, the Deferred Action for Childhood Arrivals program that has allowed her to stay in this country and go to medical school.

But Irazoqui-Ruiz will still have a presence in the courtroom Tuesday – as one of the model “citizens” who have been cited in dozens of court briefs that argue for keeping DACA.

“I really hope DACA stays in place and is instituted in its entirety,” Irazoqui-Ruiz said. “The decision for DACA doesn’t just affect the recipients, it also affects their families who depend on our work permits and commitment.”

Irazoqui-Ruiz, a fourth-year medical student at the University of New Mexico, was cited in a friend-of-the-court brief filed by United We Dream and signed by 50 organizations who argue that the Trump administration’s decision to end DACA was illegal.

Close to 40 such briefs were filed representing hundreds of organizations, from churches to universities to members of Congress. A dozen or more of those groups are based in Arizona.

A handful of briefs were also filed in support of the Trump administration, including one from 13 states, led by Texas and joined by Arizona.

At issue is DACA, the program enacted in 2012 under then-President Barack Obama that lets people who were brought to this country illegally as children be protected from deportation.

To get the two-year protection, which can be renewed, immigrants had to meet age and residency requirements, had to be in school or the military, have a clean criminal record and pay a fee. Besides deferring deportation, the program also made recipients eligible for work permits and driver’s licenses.

Critics have long argued the program, which was enacted by Obama without congressional approval, was an executive overreach. President Donald Trump promised to do away with it, and then-Attorney General Jeff Sessions announced on Sept. 5, 2017, that it would be phased out over six months.

That plan was quickly blocked by courts. The Supreme Court on Tuesday will hear Trump administration challenges to three of those cases – filed by the National Association for the Advancement of Colored People, the Regents of the University of California and a group of DACA recipients – that have kept DACA in place for the last two years.

The states backing the administration argue that Obama acted without legal authority when he created DACA in 2012. The Trump administration should be allowed to end the program, they said, arguing among other things that it has imposed a financial burden on the states, which are forced to provide such government services as health care and education to DACA recipients.

Arizona Attorney General Mark Brnovich’s office did not respond to multiple requests for comment on the filing, but he has defended the decision to end DACA in the past. 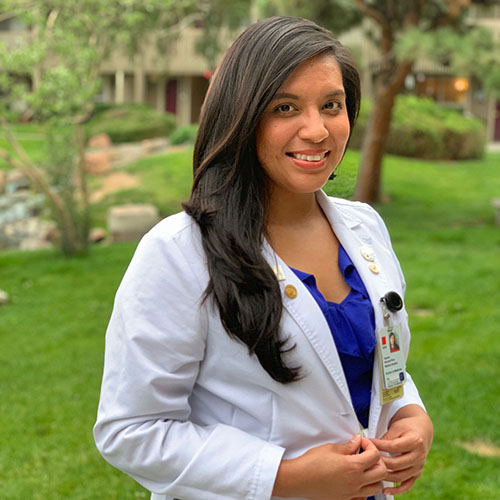 Yazmin Irazoqui-Ruiz is finishing her medical studies at University of New Mexico after being brought from Mexico to Arizona as a child. She is one of the DACA success stories cited in legal briefs supporting the program. (Photo courtesy Yazmin Irazoqui-Ruiz)

But one Arizona resident challenged the states’ claim that DACA recipients like her are a burden. Reyna Montoya called the reasoning in the states’ briefs “ridiculous.”

“I was so disappointed to hear that our attorney general would file a lawsuit,” Montoya said. “They say DACA recipients are costing money to the state, but research shows the opposite. We’re seeing a return on investment of about half a million dollars over a lifetime.

Montoya is another DACA recipient who was held up in court briefs in support of keeping the program – in her case, the brief filed by 165 higher education institutions, including Arizona State University and Benedictine University in Mesa.

Montoya said that her parents drove her school every day for fear she would be caught and deported. She went through four years at Arizona State University as an undocumented immigrant, graduating just before Obama announced DACA in 2012.

She was named as an exceptional student at ASU, according to the brief, and since graduating has founded Aliento, a nonprofit dedicated to supporting undocumented youth and children of immigrants through art and leadership development.

She said the briefs like the one she is cited in let her and other DACA recipients know they are not alone.

“It’s encouraging that there are people out there that care about your livelihood and want to do something about it,” she said.

Rep. Greg Stanton, D-Phoenix, who signed on to a brief by current and former members of Congress supporting DACA, said defending the program just makes sense.

“Dreamers are younger, mostly bilingual, entrepreneurial, and have family and connections” in Mexico and elsewhere in Latin America, Stanton said in a phone interview. “When it comes to the increase in international trade, which is a growing part of the overall economy, that’s the talent pool that we are lucky to have, but instead, we make it harder for them.”

More than 660,000 people still had DACA protection as of June 30, according to the latest numbers from the U.S. Citizenship and Immigration Services. Stanton said that ending DACA would harm the economy of the state, where the Latino population continues to grow.

Supporters of the program argue that, for many DACA recipients, the U.S. is the only country they have known. That was the case for Irazoqui-Ruiz, who only learned that she was undocumented at age 16, when her mother had a stroke. 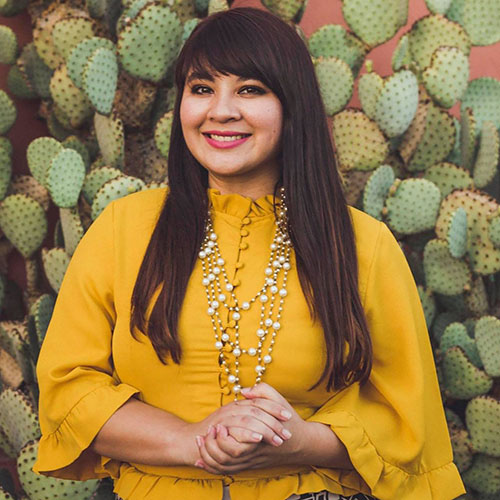 Reyna Montoya is cited in a legal brief in support of keeping DACA. Montoya, born in Tijuana, Mexico, came to the U.S. as a child and has since earned bachelor’s and master’s degrees. (Photo courtesy Reyna Montoya)

While looking for part-time jobs to help pay medical and household bills, she and her twin sister discovered they did not have Social Scurity numbers and had been brought to the U.S. from Mexico at age 3.

Irazoqui-Ruiz said she hid her status at medical school until she met the New Mexico Dream Team, a group of activists who “understand her fear.” Now, she is a mentor, sharing experiences and providing free check-ups for immigrant families released from border detention facilities.

Montoya plans to be in Washington for Tuesday’s Supreme Court hearing. Irazoqui-Ruiz hoped to be, but needs to complete her intensive care unit rotations instead.

While she is set to graduate in May, but does not have the Social Security number needed to continue her residency in trauma surgery. She said she is “hopeful but realistic” about the case, given the current political climate.

“I’m just trying to make it day by day to finish my education,” she said. “It’s not something I’m trying to have rule my life.”