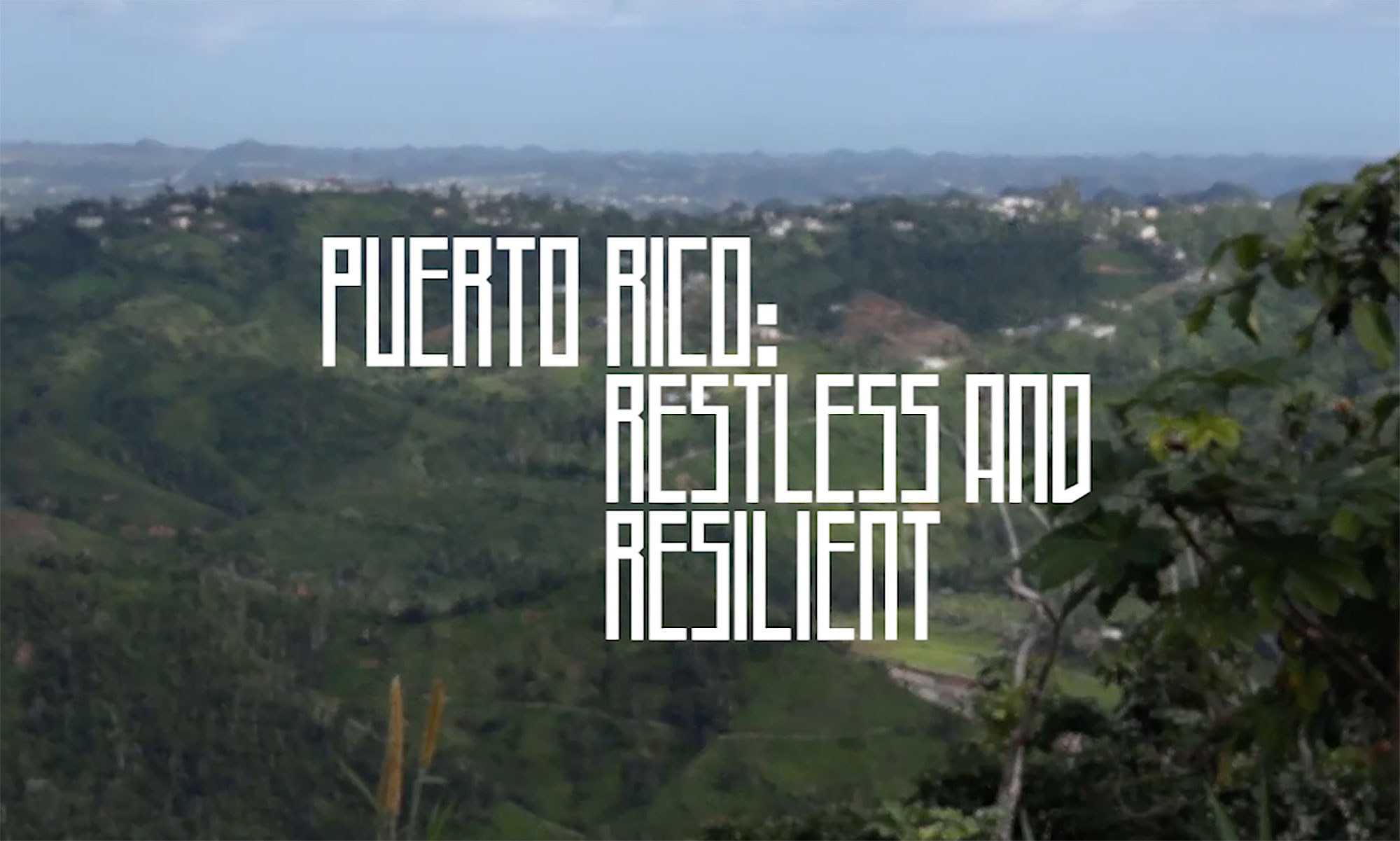 On Sept. 20, 2017, the U.S. territory of Puerto Rico was devastated by the most powerful hurricane to hit the island in 85 years, leaving its 3.6 million residents – the vast majority of them U.S. citizens – without power or potable water and with severely damaged infrastructure and little hope for a quick recovery.

When Maria hit, the island was already reeling.

Just two weeks earlier, Hurricane Irma had crashed the outdated electrical grid, leaving 1 million customers without power. Maria took out another 500,000 and ensured that the restoration of power would take months and for some, even a year.

Puerto Rico’s government, the island’s largest employer, already was fighting off bankruptcy and considering jobs cuts and reducing pensions. A severe recession that began in 2006 had spurred an exodus of tens of thousands of Puerto Ricans to the mainland of the U.S. and, four months before Maria hit, had forced the closure of 165 public schools.

Rick Rodriguez is the former executive editor of the Sacramento (California) Bee and the Carnegie Professor of Journalism at the Cronkite School, where he teaches courses on Latino issues, ethics and depth reporting.

Jason Manning is the director of Student Media at Arizona State University and a professor of practice at the Cronkite School, where he teaches courses on digital technology and reporting.

It is against that backdrop that 19 graduate and undergraduate students of the Walter Cronkite School of Journalism and Mass Communication at Arizona State University traveled to Puerto Rico during March 1-9, 2017, to assess recovery efforts six months after the storm. The project, directed by Cronkite professors of practice Rick Rodriguez and Jason Manning, was supported by an endowment from the Howard G. Buffett Foundation.

What the students found and documented in videos, photos and words was that large segments of the island were still in dire straits. An estimated 50,000 to 100,000 U.S. citizens were without power six months after the hurricane. While larger urban areas like the capital city of San Juan had returned to a semblance of normalcy, many residents of small towns along the coasts and in the mountainous central regions were still lacking basic services and living in homes with blue tarps for roofs while struggling to reopen schools and businesses and rebuild their homes.

For some, like Martha Rivera, the power outage in the mountainous Ciales region was a nightly nightmare. For more than six months, she worried that she would awaken to find that an old generator had failed, leaving her 23-year-old daughter, Melissa, without her life support system. “My biggest fear is that I stay sleeping and when I wake up, she is not breathing anymore,” Martha Rivera said in Spanish. “That is why I don’t sleep. I don’t sleep because that brings me fear; that I get up and see she’s not breathing.” Fortunately, power to their house was restored after nearly seven months.

In Yabucoa, at the southeastern end of the island where Hurricane Maria first made landfall, many of the residents remained without power six months later, forcing them to live with relatives and struggling to move on. “You see houses totally destroyed, families crying because they had lost everything. It is an experience that truthfully you will carry for the rest of your life,” said Mayor Rafael Surillo.

But Surillo said the struggle also has brought the community closer together. “I can honestly guarantee that I feel even more proud to be mayor of this town,” he said.

Amid the reports of damages that have reached nearly $100 billion, of hurricane-related deaths which, months after our visit, were reported to have reached nearly 3,000, of the 135,000 residents who, according to Hunter College, left for the mainland U.S. in the wake of the hurricane, the Cronkite reporters found many public officials and ordinary citizens who echoed Surillo’s sentiments.

They found a determined, resilient populace: children returning to school and pledging allegiance to their homeland; doctors working to help those in need; neighbors helping neighbors; volunteers from the mainland U.S. helping to rebuild; and government workers trying to overcome bureaucratic roadblocks to deliver much needed food, health care and service.

What they found is documented in “Puerto Rico: Restless and Resilient.”