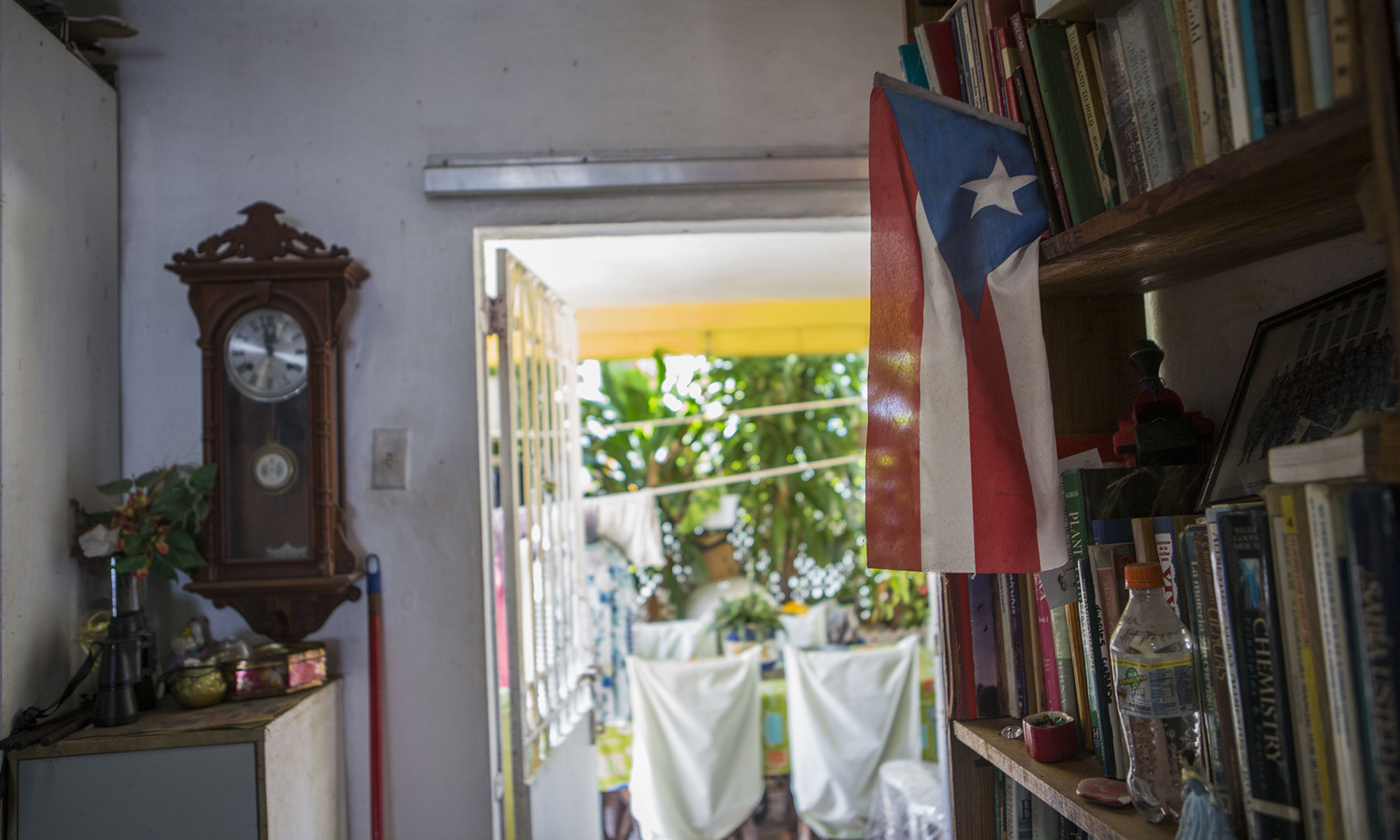 PONCE, Puerto Rico — In the yellow and orange house where 78-year-old Lucrecia Rivera has lived for half a century, she explains her income by adding and subtracting on the day’s newspaper.

There’s $1,038 deposited automatically into her banking account every month from the Puerto Rican government, plus a $100 health care bonus. She subtracts for medical costs; she talks about how expensive groceries are on an island that imports most of its food; and she points toward her leaky roof, which got worse after Hurricane Maria.

“We have to establish priorities,” she said, sitting in her Ponce home. “For us, the roof is really a need. So I need to leave other things aside. My situation is not mine only. … It is the quality of life that has been affected.”

Rivera taught and supervised in public schools for 32 years before retiring in 1996. She is one of about 168,000 retirees and beneficiaries in Puerto Rico’s main government retirement systems, which are running out of money.

As Puerto Rico grapples with crushing debts, a struggling economy and a growing exodus of residents to the mainland U.S., Puerto Rico’s Financial Oversight and Management Board, appointed by President Barack Obama in 2016, is pushing to cut government retiree benefits by an average of 10 percent.

The U.S. commonwealth owes more than $50 billion in pension obligations to its aging population of government retirees. It owes at least $70 billion to bondholders.

The island’s gross national product has shrunk 14 percent since 2006, and it filed for what is essentially a form of bankruptcy last May. With 43.5 percent of the population already living in poverty and a median household income of $19,606 – about 35 percent of the national average – the cost of reconstruction after Hurricanes Irma and Maria is adding pressure to already fragile finances.

“Ultimately, the money has to come from somewhere, and if it doesn’t, then it can’t be paid,” Keith Brainard, research director for the National Association of State Retirement Administrators, said in a telephone interview. “Before the hurricane, Puerto Rico already was in a very perilous position with regard to paying its pension benefits.”

When hurricanes hit the island about seven months ago, attention shifted toward Puerto Rico’s recovery. But as deadlines to certify a new fiscal plan near, an agreement on pension benefit cuts has yet to be reached between the board and Gov. Ricardo Rosselló.

The governor has consistently rejected cuts, saying they would hurt retirees already struggling on fixed incomes. His refusal to include it and other measures in the island’s fiscal plan has spurred months of back-and-forth between his office and the oversight board.

“That unfair and abusive measure will have my tenacious opposition,” Rosselló said during a televised statement, referring to the pension cuts. The governor’s office did not comment for this story.

Despite a seven-page letter and pressure from the board, the governor’s most recent fiscal plan for the island does not include pension cuts. The board is expected to certify a plan in late April, and it can impose its own if it rejects Rosselló’s.

“The big question, and where the uncertainty comes in, is what happens next?” said Sergio Marxuach, public policy director and general counsel at the Center for a New Economy, a nonpartisan think tank in Puerto Rico. “In the end, what the federal law that created the board says is that if there’s no agreement, the final decision will be made by the board.”

But even if the board makes the final call, the Puerto Rican government still would be left to implement the plan, he said.

“There’s no really easy way to get out of this conundrum,” Marxuach said in San Juan. “Given that we don’t have the money, somebody will have to take a cut.” 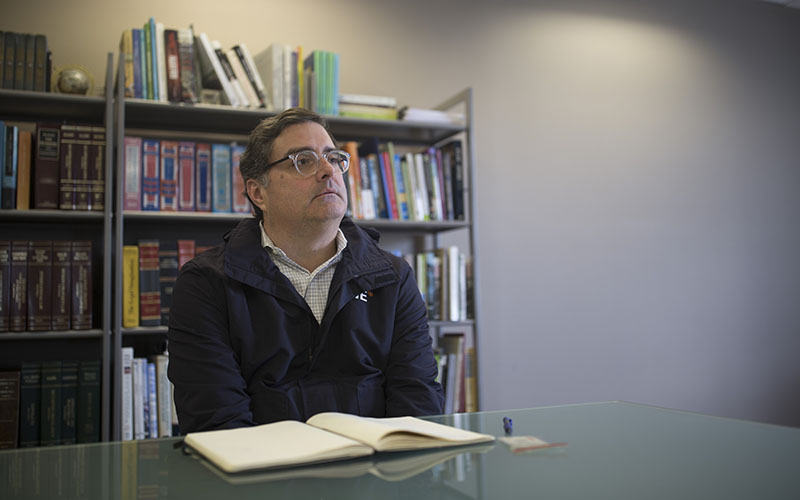 Sergio Marxuach is the public policy director and general counsel at the Center for a New Economy in San Juan, Puerto Rico. (Photo by Johanna Huckeba/Cronkite Borderlands Project)

A proposal for pensions

Or not, he said. If the cuts take effect, the reductions would average 10 percent for members of the retirement systems, but some pensions would be reduced as much as 25 percent.

“(The board is) asking everyone to make very, very large sacrifices,” Biggs said.

The cuts would be progressive, so low-income retirees would see no or small reductions while those with the highest benefits would have the largest cuts, said Biggs, who is also a resident scholar at the American Enterprise Institute studying pensions and Social Security reform.

The progressive nature of the cuts would protect retirees from reductions if their combined retirement pension payments and Social Security benefits are below the poverty level, or less than $1,000 monthly.

“On one hand, things are very desperate — how can we cut benefits?” Biggs said. “On the other hand, you can say, ‘Look, the government has to rebuild the island — how can they not cut benefits?’ You can see an argument going in either direction.” 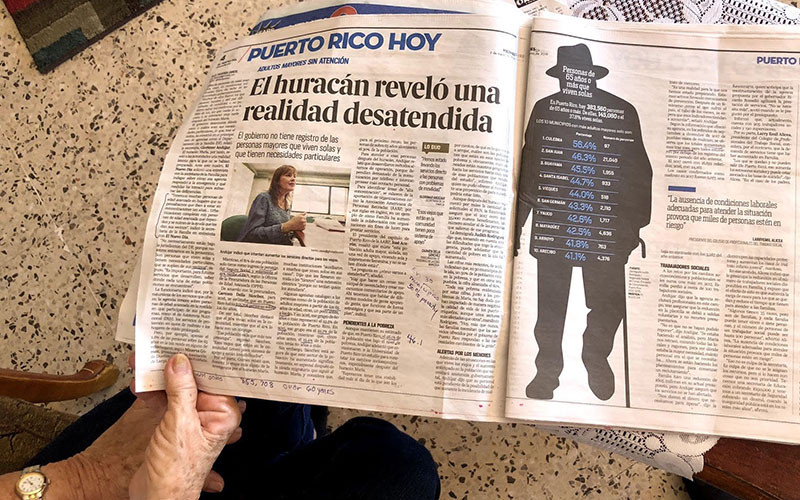 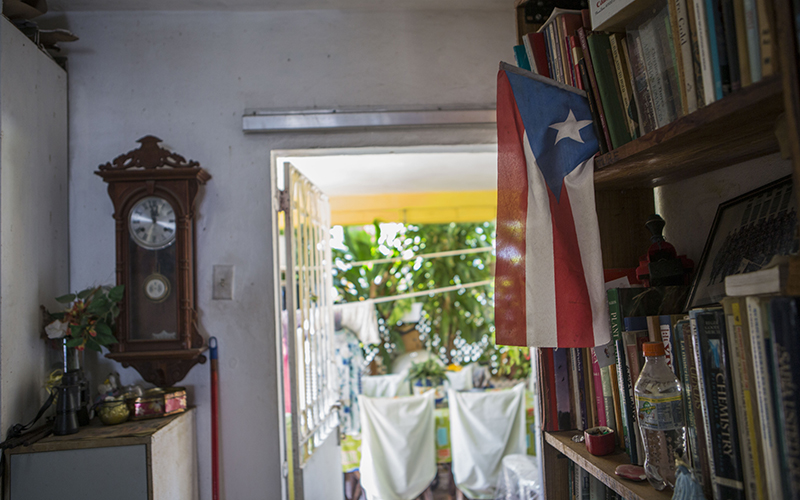 Lucrecia Rivera has lived in her Ponce home since 1971. (Photo by Johanna Huckeba/Cronkite Borderlands Project)

Pensioners are waiting and watching. Rivera, the former teacher in Ponce, underlines statistics in newspaper articles and talks about interviews she sees on television. She said she still feels unsure of what is to come.

“Our pensions rely on those people – the politicians, la junta (the board) – and they don’t have a plan,” Rivera said. “They are improvising. They don’t know about poverty. They don’t know how we have to stretch our checks monthly. … And since Maria, everything is worse.”

She will be one of 168,000 retirees and beneficiaries potentially impacted if the cuts are enacted, according to 2014 and 2015 data. On an island of 3.3 million people, that’s about 5 percent of the population.

Rivera has a master’s degree and spent time teaching evening and summer classes as a professor, but she only sees about $33 more deposited into her checking account monthly on behalf of that time. In total, she receives a little less than $1,200 monthly.

Retirees from the public service sector get an average of $2,223 a month in the U.S., according to a Census Bureau report in 2016. In Puerto Rico, members of the Employees Retirement System get nearly half — an average of $1,092 monthly in 2014.

The poverty rate on the island is nearly three-and-a-half times the official U.S. rate.

“Facing a potential 15 to 20 percent cut in their pension, that could be the difference between, literally, life and death,” Marxuach said. “If they have to choose between buying food or medicines, having a secure shelter, it would put them in a very, very difficult situation.”

In the aftermath of Hurricane Maria, teachers are especially vulnerable to the proposed cuts because they are not eligible for Social Security, said Aida Díaz de Rodríguez, president of the Asociación de Maestros de Puerto Rico in San Juan.

“You can’t leave a person who has given his entire life to work for the society,” she said. “They will be like homeless if they do what they are trying to do. We have to save them — those pensions.”

For decades, Puerto Rico’s government used bonds as a tool to balance budgets, relying on borrowed money rather than actual revenue. Between what is owed to bondholders and pensioners, Puerto Rico is at least $120 billion in debt.

“We really don’t have the money to honor obligations to both bondholders and pensioners,” Marxuach said. “It creates a very difficult situation because one dollar that you assign for one of those obligations means that you have one less dollar for the others. And that’s where the conflict comes.”

The most recent fiscal plan submitted by the Puerto Rican government said the hurricanes “temporarily set back Puerto Rico’s fiscal progress” and set objectives to eliminate inequality and bolster economic growth. The plan takes into account increased federal support and implementation of measures that would ultimately result in an accumulated $6.3 billion surplus by 2023, before debt service. After debt service, the plan shows an accumulated $9.4 billion deficit.

There were no pension cuts in the plan.

Puerto Rico’s government is the island’s top employer, providing jobs for about 20 percent of its labor force. But for decades, the island’s government did not adequately fund the three main retirement systems, leading them toward insolvency.

“These retirement plans will soon deplete the assets they use to pay benefits,” the oversight board wrote in a memo in 2017. “Without action, this could lead to large benefit cuts for all retirees.”
The board’s proposed reforms would move all current government employees, including judges and teachers who may still have defined-benefit or hybrid retirement plans, to true defined-contribution plans. The money employees pay into their accounts throughout their careers would be managed and invested separately from existing plans.

The reforms would also shift the teachers, employees and judicial retirement systems to pay-as-you-go funding so that the government would directly pay pension benefits out of its budget. All new employees, including teachers and police officers, would participate in Social Security. 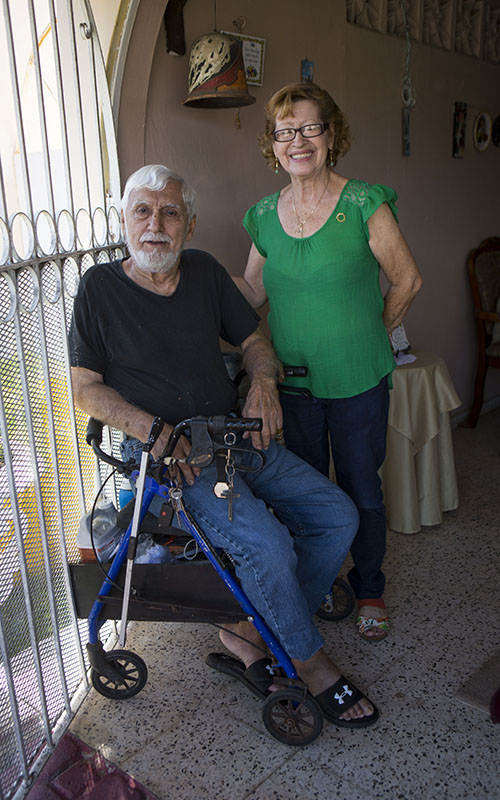 Lucrecia Rivera and her husband, Lizat de Jesús, have lived in their house in Ponce, Puerto Rico, for nearly 50 years. Leaks in their roof worsened as a result of Hurricane Maria last September. (Photo by Johanna Huckeba/Cronkite Borderlands Project)

“There is a lot of uncertainty; too much,” Annette González Pérez, president of Servidores Públicos Unidos de Puerto Rico Council 95, said in Spanish. SPUPR represents thousands of active workers and retirees as the local council of the American Federation of State, County and Municipal Employees.

“We don’t know what the final determination will be – in terms of the future of pensions,” she said. “What is hoped for is communication and to look for adequate solutions that benefit everyone — the workers as well as the retired people. But for this we need a dialogue, but it has to be sincere. That we have on the table everything that is happening now and we look at alternatives.”

Rivera’s home in Ponce is paid in full, but she and her husband, Lizat De Jesús, haven’t gone out to eat much in the past three years. She said it’s better not to spend the extra money with so much uncertainty. Especially now, with the roof.

She is paying to get it fixed before it starts raining again, she said. The repairs are estimated to cost at least $5,000.

“We are paying really expensive prices,” she said. “The food is more expensive. We need to repair the house, which has some problems. But we don’t know what to do. We don’t know what will happen next year.
“(But) we’ll survive.” 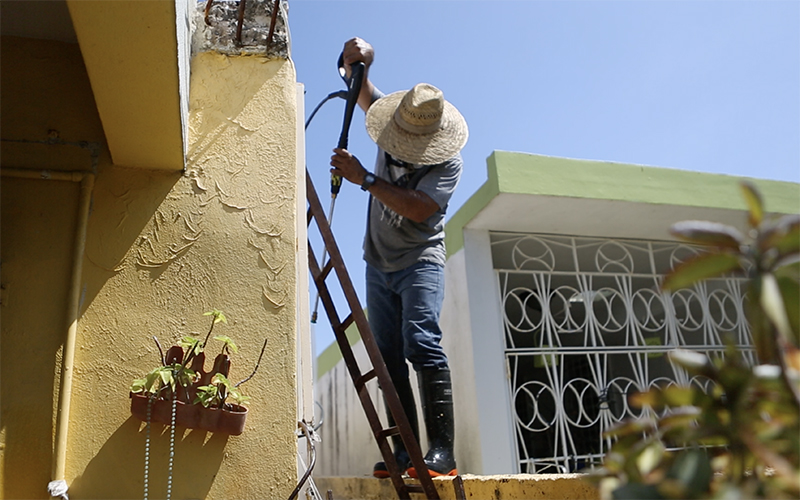