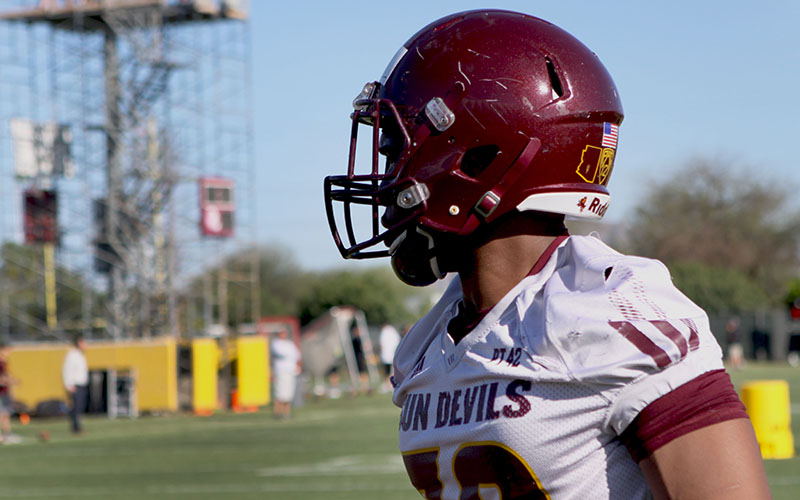 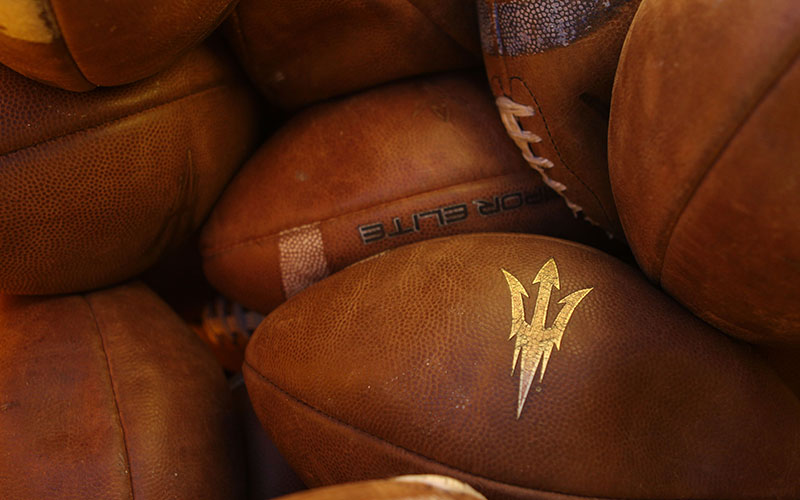 A three-year study of the Arizona State University football team will help researchers develop tools to better diagnose and prevent sports-related concussions and other injuries or diseases. (Photo by Chelsey Ballarte/Cronkite News) 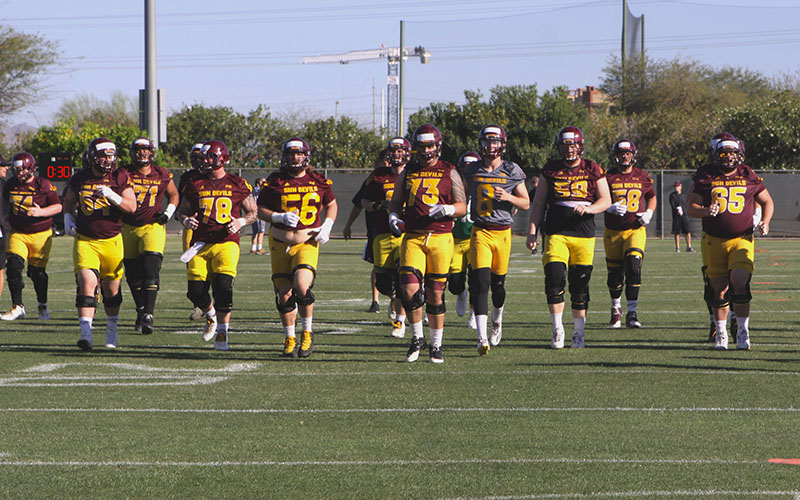 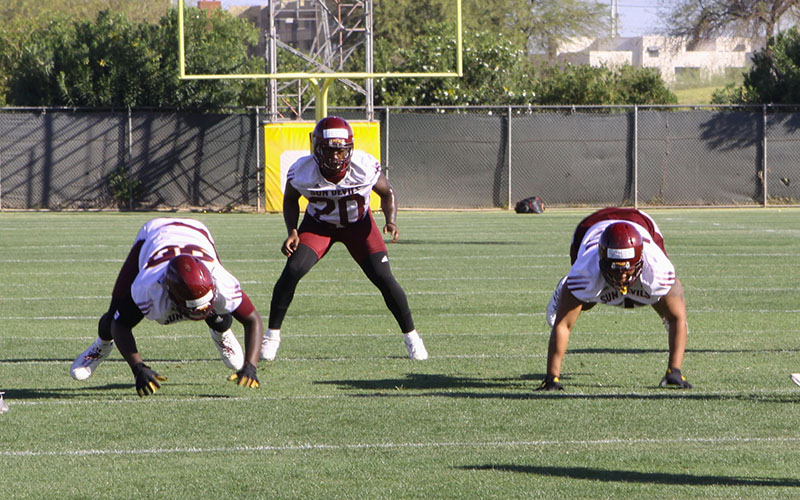 ASU linebacker Khaylan Thomas warms up with his team during practice. TGen conducted a three-year study of players to collect data on concussions. (Photo by Chelsey Ballarte/Cronkite News)

The study, conducted by the Translational Genomics Research Institute, drew data from sensors placed inside players’ helmets during practices and games from 2013 to 2016. It combined the sensor data with blood, urine, and saliva samples from each player to examine the changes in an athlete’s body that can occur from multiple head impacts.

The study data has been published in an open-access journal to help other researchers develop tests to detect concussions off the playing field, including battlefield explosions and car accidents.

“We want to develop some type of a test – that could be a rapidly-administered test – that would help understand if a player did receive a head impact or a concussion that may not be showing typical symptoms,” said Matt Huentelman, professor of neurogenomics at TGen.

The helmet sensors detected the number, direction, and intensity of hits 55 players, ages 18 to 25, substained over three football seasons. The data was sent directly to researchers through a computer as part of the Sideline Response System, a monitoring tool developed by football equipment-manufacturer Riddell.

The study will help diagnose concussions on the field by comparing the data from head impacts with the players’ genetics, which TGen said could definitively determine whether a player had a concussion and how long it might take them to recover.

Former ASU football player Jason Franklin, who played from 2011 to 2016, said he participated in the study because he understands the impact that a head injury can have on the body. Franklin has sustained four concussions, and said the last one was the worst.

“It freaks you out at first because you do not think like that,” Franklin said. “I was 22, and I thought I was pretty indestructable, as most 22-year-olds do.”

Franklin said he does not regret playing football because he believes it helped shape him into who he is today. He does, however, want children who play sports to take better safety precautions, like resting longer after getting hit.

“If kids are not playing the sport right, it is on us to teach them the right way,” he said.

An estimated 1.6 million to 3.8 million sports- and recreation-related concussions occur each year in the United States, according to protectthebrain.org. After sustaining a concussion, an athlete is four to six times more likely to sustain a second one.

Football accounts for more than 60 percent of concussions, and is ranked among the five leading sports or recreational activities that account for concussions in youths ages 5 to 18.

Brain injuries that result from football account for 65 to 95 percent of sports fatalities.

Symptoms of a concussion include headache, fatigue, nausea, confusion or memory problems, changes in mood and sleep disturbances. Immediate medical attention should be sought.