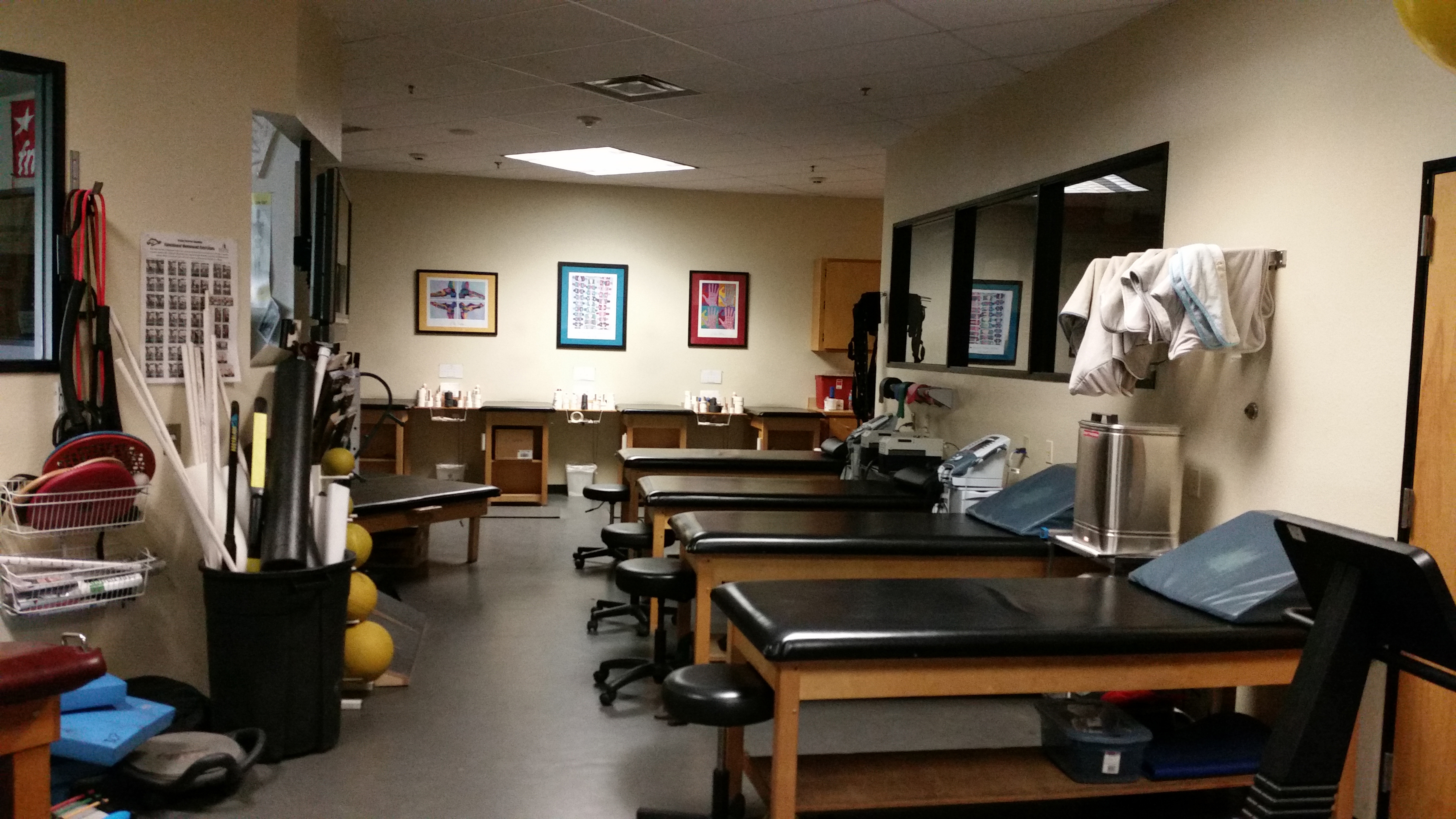 Student-athletes at Brophy College Preparatory visit the school’s athletic training room when they are injured. (Photo by Gabriel Vasquez/Cronkite News)

GLENDALE – Dylan Leblanc, a former football player at Ironwood High School, remembers being upset at an opposing player about a hit that he absorbed during a game. And then, everything turned to fog.

The next thing he knew, he was being transported to a hospital with a concussion.

“The first week after (the concussion) was really hard,” Leblanc said of the 2012 injury. “The lights would be really hard to look at, and noises would give me headaches. I remember I was in science class, I was doing paperwork, and I just forgot where I was. I forgot what I was doing.”

Leblanc’s experience with his concussion was frightening but not uncommon.

According to the Centers for Disease Control and Prevention, about 300,000 of the country’s 8 million high school athletes suffer a concussion each year while participating in games or practice.

The good news is, more high school athletes in Arizona are aware of concussion symptoms and reporting them, according to a recent study conducted by the Barrow Neurological Institute.

In the study released in August, 304 Arizona high school athletes between the ages of 14 and 18 were surveyed. Almost one-third of high school senior athletes in the survey reported that they had sustained a concussion during their high school careers.

Also, 61 percent said they are more aware of the symptoms and dangers of concussions than they were “a few years ago.”

The survey also found that 79 percent of student-athletes would “immediately tell their coach” if they believed they had suffered a concussion, and 30 percent would tell their parents.

Respondents could pick more than one answer to the question “what would you do” if they suspected they had suffered a concussion.

Experts say that it is critical for young athletes to report symptoms such as headaches, sensitivity to lights and sounds, dizziness, difficulty remembering, blurred vision or fatigue because they are in a period when their brain is still developing.

“Right after they are born and adolescence are the two most active periods of neural growth in the brain,” said Chris White, the athletic trainer at Brophy College Prep. “During that growth, (the brain) is vulnerable to injury.”

White said that there is better awareness of concussions, and a greater emphasis on reporting them, which the study supports.

“Things have changed dramatically in how we manage it,” White said. “There’s all these educational programs. I just think the culture has changed where you shouldn’t just be tough and suck it up. It’s something that really needs to be said.

“There’s a heightened awareness about the long-term consequence. There’s a real concerted effort to educate young people about it.”

Among the programs now available to educate high school athletes is Barrow’s “Brainbook.”

Launched in August 2011, the Brainbook is a web-based tool used to educate high school athletes about concussions. The Arizona Interscholastic Association, the governing body for high school athletics in the state, requires all high school student-athletes to complete the course before they can participate in sports.

“It educates them about what a concussion is, the risk, why you should report it, symptoms,” said Michael Suman, the head athletic trainer at Ironwood High, where Leblanc played.

White said the Brainbook assures that students understand the importance of reporting concussions and the potential dangers if they don’t.

“It’s an educational program, requiring every student at least to have a basic understanding of concussions – understanding the extreme importance of reporting concussions and not playing with them,” White said.

While the AIA does not require baseline testing for athletes, it does offer them free of charge to all member schools. Athletes must also pass an Immediate Post-concussion and Cognitive Testing (ImPACT) exam after being diagnosed with a concussion before they can return to play. That computer-based testing also is available free through the AIA.

According to Suman, the brain is more susceptible to reinjury after receiving a concussion.

He said that so-called Second Impact Syndrome from suffering a second concussion before being fully recovered can lead to severe consequences, such as rapid swelling of the brain and possibly death.

It is one of the greatest dangers to student athletes who do not report concussion symptoms.

Fortunately, thanks to programs such as the Barrow’s Brainbook, more student athletes are aware of the dangers of ignoring the signs of a concussion.

Leblanc has been there, and he recommends that high school athletes take every precaution and report to a team athletic trainer or coach if they believe they might have suffered a concussion.

“You could ruin your whole life over it,” he said. “It might seem like something small, but it could end up turning into something severe.

“Don’t play with your life.”