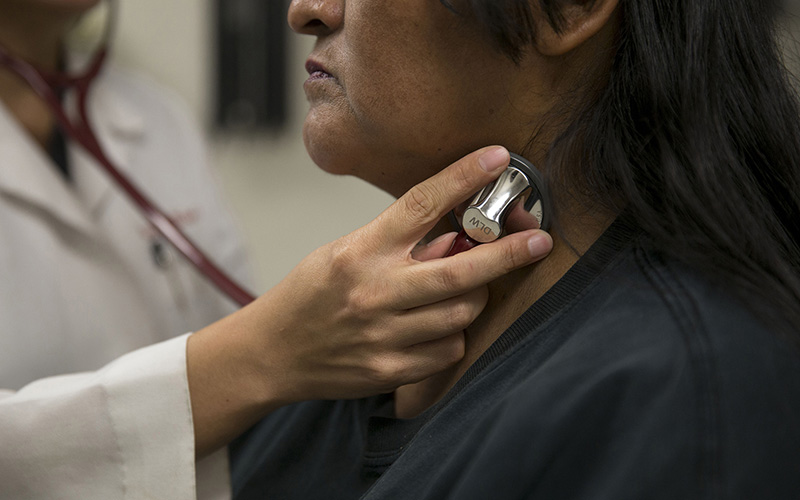 Proposition 209 would ease the stress on patients with overdue medical bills – one of the leading causes of consumer complaints – so they could keep jobs and homes and eventually pay off their debts, backers say. But critics say the measure will affect all debt and up rewarding those who don’t pay their bills while penalizing those who do. (File photo by Megan Bridgeman/Cronkite News)

WASHINGTON – Rodd McLeod said he is not trying to give anyone a free pass from their debts – he just wants to give vulnerable debtors some breathing room to help them stay in their homes and out of poverty.

That’s why he is backing Proposition 209, a ballot measure that would increase protections for Arizona residents who face potential wage or asset seizures because of outstanding debt.

“Our bill doesn’t forgive anyone’s debt,” said McLeod, spokesman for Healthcare Rising Arizona. “People still will have to pay back the money that they owe, but it does give families protections, so when they’re struggling with debt, they’re still able to maintain a home, job and earn a living so they can pay their debts.”

But critics say the proposal, while well-intentioned, will backfire, rewarding people who don’t pay their bills and punishing people who do, by making it less likely for everyone to get loans when they need them.

Proposition 209 would enact the Predatory Debt Collection Protection Act. It targets medical debt but could affect all debt. If approved by voters, it would lower the interest that creditors can levy on medical debt from the current 10% to 3%.

The measure would also raise the value of homes, cars and bank accounts that are protected from debt collectors, while lowering the amount of a person’s disposable income that can be garnished to settle a debt, from the current 25% to 10%.

Overdue medical bills are the most common reason for calls from debt collectors, according to a 2022 Consumer Finance Protection Bureau medical debt report. Medical bills “just get out of control,” said McLeod, adding that they are responsible for two-thirds of personal bankruptcies.

“Look, we believe that no one should lose their home or their vehicle because of an unpaid medical bill,” McLeod said.

His organization and others, including the Southern California-based union United Healthcare Workers West, gathered more than 522,000 signatures over the past 18 months and submitted roughly 470,000 in July to put the measure on the Arizona ballot this fall.

McLeod said the proposition’s supporters “don’t think Arizona is terribly divided on this question” and are “cautiously optimistic” the measure will pass.

But Guymon calls the measure “completely misleading,” saying that most people are not aware that it will apply to all debt collection, not just medical debt. He said opponents think the problem would be better solved through the Legislature. 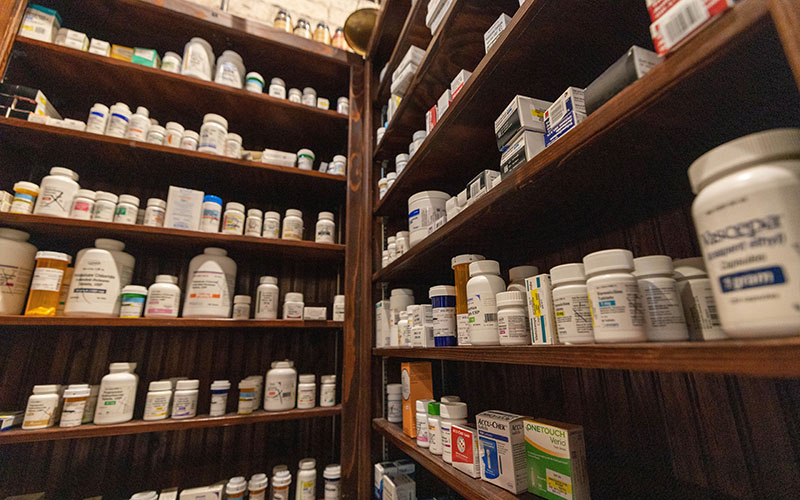 Guymon acknowledged “that predatory debt is real, that there are companies that prey on, you know, individuals and put them into situations that it’s very hard for them to climb out of, but this proposition is not the way to tackle that.”

Will Humble, president of Arizona Public Health Association, said the proposition will help keep people in their homes and let them keep the cars they need to work, even if it does not reduce the long-term level of predatory lending.

Lending is “still going to be just as predatory as it is today,” he said. “But it will help on the medical debt.”

He said the restrictions on overall debt collection in the proposition would merely bring Arizona in line with most other states. One of the most important parts of the effort, he said, is the limit on “how much the wages can be garnished so that it stops before people go into poverty, and lets them keep more disposable income.”

Despite the concerns of business groups, Ralph Atchue, president of the Democrats of Casa Grande, said he has not heard any opposition to the proposition.

“Anything that protects working families, low-income families, I am 100% for it, as most Democrats are,” Atchue said. “It is among our core values, and what we always support and will continue to support.”

McLeod is hopeful, noting that opponents “spent a lot of money to try to keep us off the ballot,” but that it has since waned.

“Yeah, they’re not spending money on television ads against us,” he said. “And that tells me that they think it’s going to pass, too.”