WASHINGTON – Arizona life expectancy fell by 2.5 years in 2020, posting one of the steepest drops in a nation that saw the sharpest declines in lifespans since World War II, according to a new report.

“It just is extraordinary to see that kind of drop in life expectancy,” said Will Humble, executive director of the Arizona Public Health Association.

A CDC official said COVID-19 played a large role in the national drop of 1.8 years, but that heart disease, Alzheimer’s disease, and overdoses also played a part.

All 50 states and the District of Columbia saw some decrease in life expectancy in 2020, ranging from New York’s drop of 3 years to Hawaii, which saw a decrease of 0.2 years.

Arizona’s drop was fifth-highest in the nation, according to the report, trailing only New York, the District, Louisiana and New Jersey. Even though it fell below the national average in 2020, Arizona’s life expectancy was still good enough to rank 32nd among states, tied with Wyoming and Nevada.

Overall, the U.S. decrease of 1.8 years was the “biggest drop in life expectancy since World War II,” said Bob Anderson, chief of mortality statistics at the CDC. 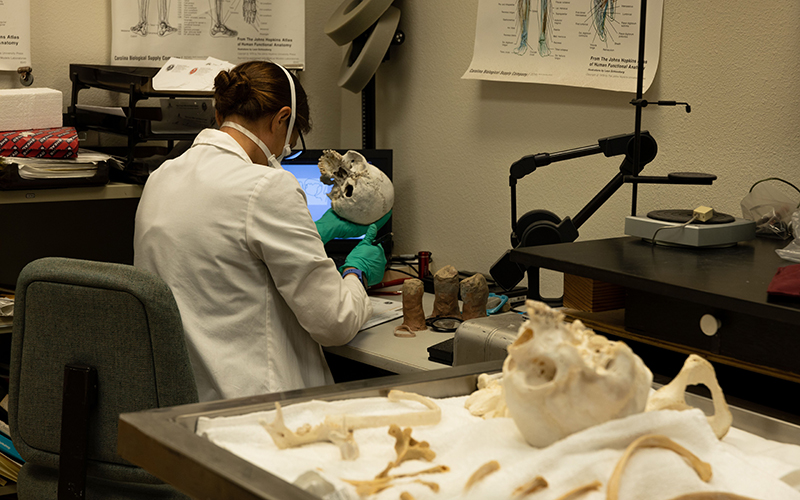 Anderson stressed that while COVID-19 played a large role, it was not the sole cause of the drop. But he also said that COVID-19 may have prevented many Americans from getting treatment for illnesses like cardiovascular disease, Alzheimer’s disease, dementia and opioid overdoses, among others.

In Arizona, COVID-19 has been one of the leading causes of death, along with heart disease and cancer, according to CDC data. The Arizona Public Health Association said coronavirus was the leading cause of death in the state between March 2020 and March 2022.

While he recognized the gravity in the numbers, Humble said he was not surprised by the CDC’s findings. He said that while other factors like opioid overdoses, diabetes and traffic deaths were all up in 2020, they were not the driving force for the decline in life expectancy.

Dr. Joe K. Gerald, an associate professor of public health at the University of Arizona, blamed the steep drop on two things: What he called the state’s lax COVID-19 rules combined with health disparities in the state.

“I think it’s the combination of our poor policy response and some unique vulnerabilities that exist in Arizona,” Gerald said. “So poverty, inequality, high proportions of disadvantaged groups.”

Gerald pointed specifically to Native American and Latino populations, two groups that he said have been heavily affected by the pandemic, in Arizona and across the country.

“They were heavily exposed because they were often frontline workers and so they bore the brunt of the infections and oftentimes lacked access to medical care,” Gerald said.

According to the CDC, three states along the U.S.-Mexico border – Arizona, New Mexico and Texas – had the largest decrease in life expectancy by region. New Mexico had the seventh-highest and Texas the ninth-highest drops among states.

Anderson said it was unclear what exactly was behind the regional trend and suggested that it would require further study specifically into the conditions in those states to find a clear answer.

National life expectancy estimates from 2021 are not expected to be released until early next year, but Anderson warned that there will likely be another large decrease, although it may not be as big as the 2019-2020 drop.

Humble said he also expects 2021 numbers to be grim for Arizona. The state experienced multiple waves of COVID-19 caused by the delta and omicron variants in 2021 and saw some of the highest case counts and death rates in the country.

Even though the 2021 drop could be smaller, Anderson said it should not be taken lightly.