Kevin Hollander, left, the project lead for the exoskeleton, and Luke Kinney, address a crowd at a demonstration by showing off the PhenEx exoskeleton at Venture Cafe in Phoenix on May 19, 2022. (Photo by Troy Hill/Cronkite News) 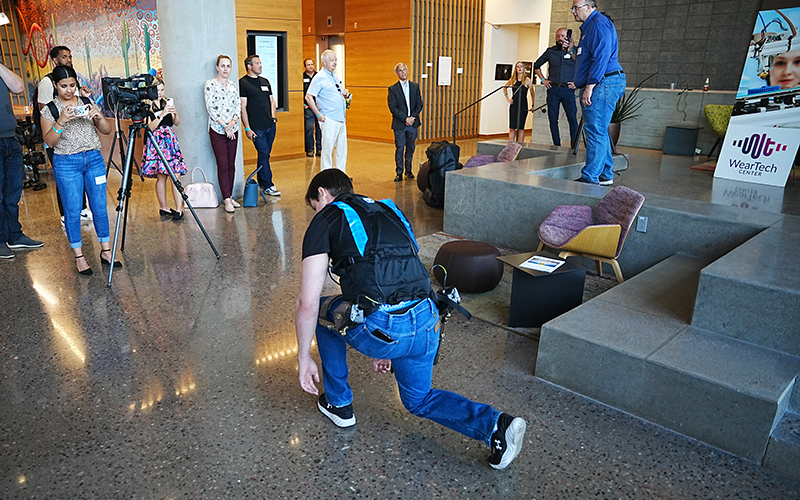 Luke Kinney shows the capabilities of the PhenEx exoskeleton at Venture Cafe in Phoenix on May 19, 2022. (Photo by Troy Hill/Cronkite News) 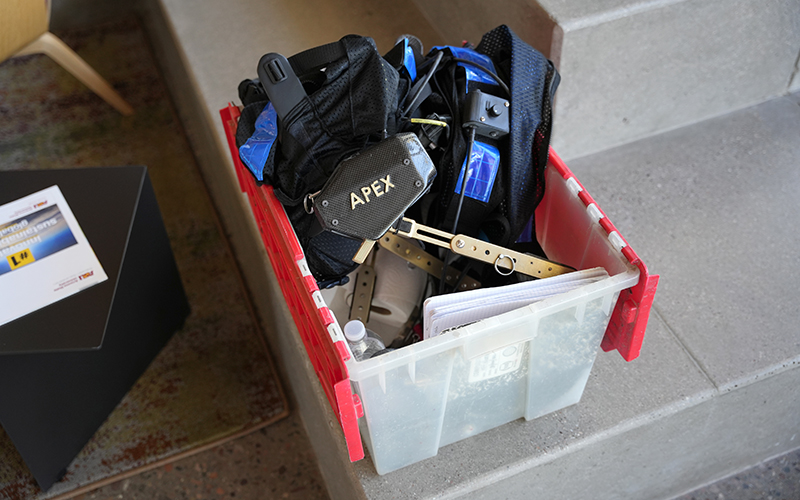 The PhenEx exoskeleton rests in a box with other items before a public demonstration at Venture Cafe in Phoenix on May 19, 2022. (Photo by Troy Hill/Cronkite News)

PHOENIX – The term “exoskeleton” often is associated with sci-fi and futuristic films, such as “Terminator,” “Aliens” and the “Avengers” series.

But the exoskeleton developed by Arizona State University and the Phoenix engineering companies WearTech Center, GoX Labs and Augspurger Komm Engineering isn’t CGI – it’s real, with potential future implications for workers. Their PhenEx suit assists manual laborers moving heavy objects or bending over all day, making back injuries “a thing of the past.”

The suit, which weighs only 8 pounds, consists of a vest and two small devices that rest on the hips. Two paddles press down on the front of the wearer’s thighs, which adds 20 pounds of torque to the wearer’s leg strength. 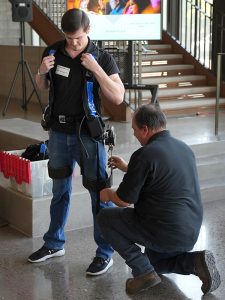 Luke Kinney prepares for a public demonstration of the PhenEx suit at Venture Cafe in Phoenix on May 19, 2022. (Photo by Troy Hill/Cronkite News)

The collaborators have developed different sizes of exoskeleton for different body types and sizes.

It’s an updated take on the APEx suit, which the Air Force developed in response to the high rate of musculoskeletal injuries suffered by aerial porters, the service members who move passengers, cargo and equipment for the service.

Joseph Hitt, the CEO of GoX Labs, said they tested the APEx exoskeletons at Travis Air Force Base in Fairfield, California, over eight weeks last spring. The porters responded well to using the exoskeletons, Hitt said, and wanted to use them more.

The PhenEx suits will be for civilian use, said Wes Gullett, the director of operations at WearTech Center. This project is important because everyday people eventually will get to use the suits and benefit from them, he said.

“People who work in the Amazon warehouse, people who are lettuce pickers out in the fields, will be able to use these kinds of products, and it will reduce their injuries and make their lives so much better,” Gullett said. “Back injuries will be a thing of the past.”

The consortium plans to let companies with operations in Arizona test the suits in a few months. 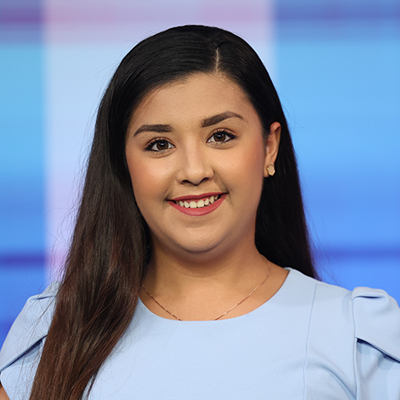 Valeria Rodriguez expects to graduate in spring 2023 with a master’s degree in journalism and mass communication. Rodriguez has interned with the city of Mesa and Arizona PBS.