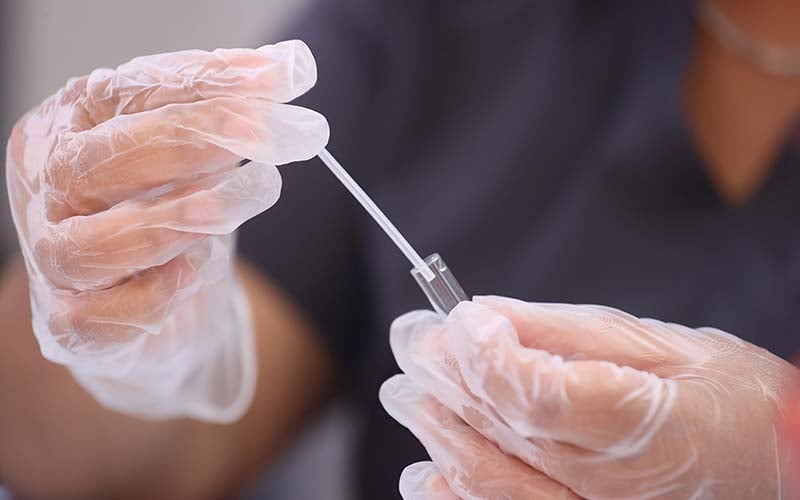 Expanded testing is just one of the measures being taken in hopes of reining in COVID-19, which was first confirmed in Arizona two years ago. Since then, almost 1.8 million cases have been confirmed in the state and 25,899 deaths have been attributed to the coronavirus. (File photo by Kasey Brammell/Cronkite News)

WASHINGTON – Two years after Arizona’s first confirmed case of COVID-19, the state has racked up close to 1.8 million infections and the virus has killed almost 26,000, just two of many grim milestones on the pandemic’s “really long journey.”

The rate of COVID-19 deaths in the state is currently second-highest in the nation, according to federal data, and more than 100,000 people in Arizona have been hospitalized with the disease since Jan. 26, 2020. More than 10.5 million vaccine doses have been administered – but transmission rates in Arizona and across the country remain high.

It’s a disease that one expert said has had “a staggering effect” in a short amount of time.

“I realized … this is the first time that I’ve ever seen a new disease enter the pantheon of human diseases that has had such an incredibly profound effect on the health of so many people,” said Dr. Joshua LaBaer, executive director of the Arizona State University Biodesign Institute, in a news briefing Wednesday.

COVID-19 deaths in the past week alone totaled 483, which LaBaer said was the highest weekly total since the start of the pandemic.

The Centers for Disease Control and Prevention said this week that Arizona’s COVID-19 death rate was 352 per 100,000 residents, second only to Mississippi’s 360 deaths per 100,000. And that was before Arizona reported 275 deaths Wednesday, which could push the state into a tie with Mississippi.

Arizona health officials cautioned against comparing the state to others, saying the “apples-to-apples data needed to do this isn’t available at this time.” Besides the fact that different states use different reporting methods and that CDC data is not age-adjusted, they said the data used for daily COVID-19 updates is not the same as the official count that will be drawn from the cause of death on death certificates.

But that does not minimize the scope of the pandemic’s toll, officials acknowledged.

“Make no mistake: COVID-19 has caused considerable suffering and death among Arizonans, with 25,624 confirmed or probable deaths reported,” Arizona Department of Health Services spokesman Steve Elliott said in an email Monday. “We grieve for every person lost to COVID-19 and for those who must live with their loss.”

Since his statement, the COVID-19 death toll had risen to 25,899 by Wednesday.

Even if Arizona does not have the highest death toll in the country, it is still well above the national rate of 261 deaths per 100,000 reported Wednesday by the CDC. 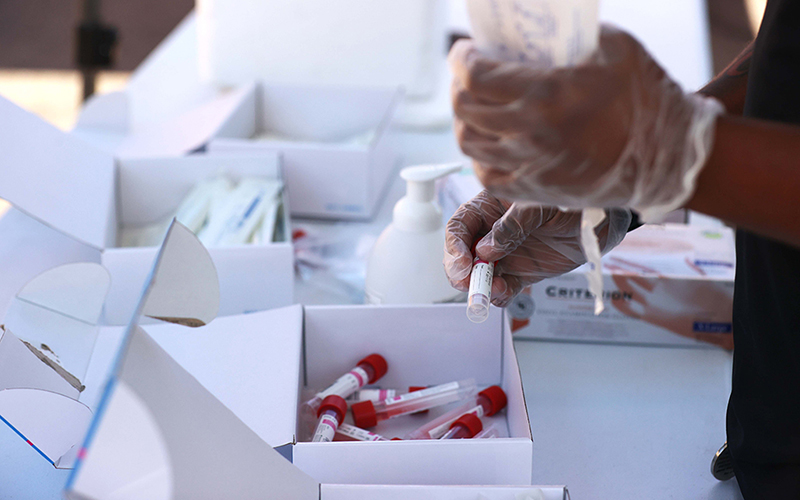 Experts have a range of ideas on why Arizona’s death rate is so high, but cannot point to any single reason.

Will Humble and Dr. Georges Benjamin, executive directors of the Arizona and American public health associations, respectively, suggested that moderate vaccination rates, weak masking policies and high percentage of senior residents in Arizona may have caused the rate to be so high.

“We had virtually no mitigation throughout the pandemic, when … many, if not, most other states did actually have better mitigation like face-covering mandates and so forth,” Humble said. “The lack of that effort in our state led to these enormous spikes in cases, which led obviously to a lot of deaths.”

Critics have blasted Arizona Gov. Doug Ducey’s attempts to keep local governments from imposing mask mandates, and he is currently suing the U.S. government for the right to use federal pandemic relief funds to support schools that do not require masks, among other moves.

But Ducey is not alone in balking at such mandates, and their death rates are not as high as Arizona’s. Texas and Florida, two states whose governors have waged high-profile campaigns against pandemic requirements, had death rates of 265 and 298 per 100,000, respectively, according to the CDC.

Benjamin said the state’s fairly low vaccination rate combined with a lack of statewide mitigation policies may have contributed, saying individuals who are unvaccinated and do not wear masks are more at risk for COVID-19 infection and death.

But, again, Arizona is not the worst state in the nation for vaccinations. The CDC said 58.6% of Arizona residents had been fully vaccinated by Wednesday, putting it in 28th place among states.

Benjamin also noted that Arizona has a large number of people aged 65 or older, a group more likely to die of COVID-19 than others, even though he conceded that the state does not “disproportionately have a lot more seniors.” The Census Bureau says 18% of Arizonans are 65 or older, the 13th-highest percentage among states.

One thing experts agree on is that the pandemic has lasted longer than anyone expected.

“I don’t think any of us would have predicted that we would still be dealing with it to the magnitude that we’re dealing with it two years in,” said Dr. Michael White, chief clinical officer at Valleywise Health, during a press briefing Wednesday.

And with the continuing emergence of new coronavirus variants, LaBaer said, “It’s very hard to put a pin on something and say, ‘This is what we can expect,’ because biology is a relentless force.”

With numbers high and still rising, he emphasized the importance of using preventive measures like wearing masks and avoiding crowded indoor events to avoid infection.

“We should never underestimate the ability of biology to adapt,” LaBaer said. “I think, if we’ve learned anything from this whole pandemic, it’s that what we think we know can change, because the biology itself changes.”