The pandemic blew up home gardening, but will the trend wither on the vine? 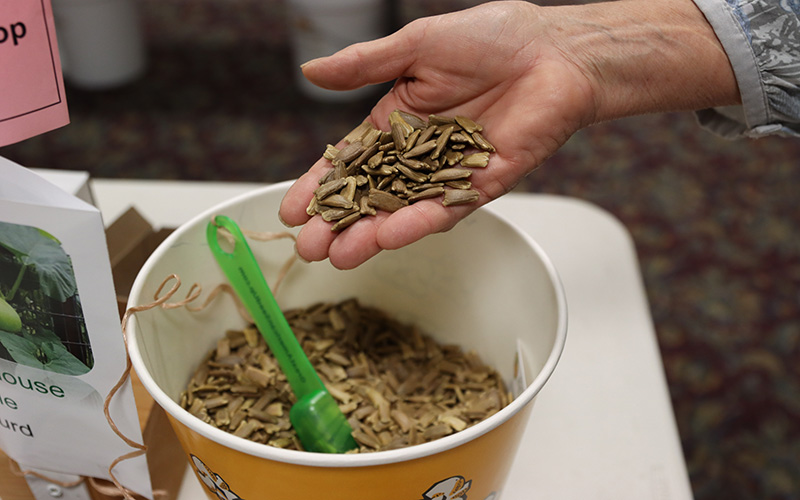 Belle Starr, co-founder of Rocky Mountain Seed Alliance, is one of the organizers of the Great American Seed Up, which helps gardeners learn how to harvest and save seeds, including these of the birdhouse bottle gourd. (Photo by Sierra Alvarez/Cronkite News) 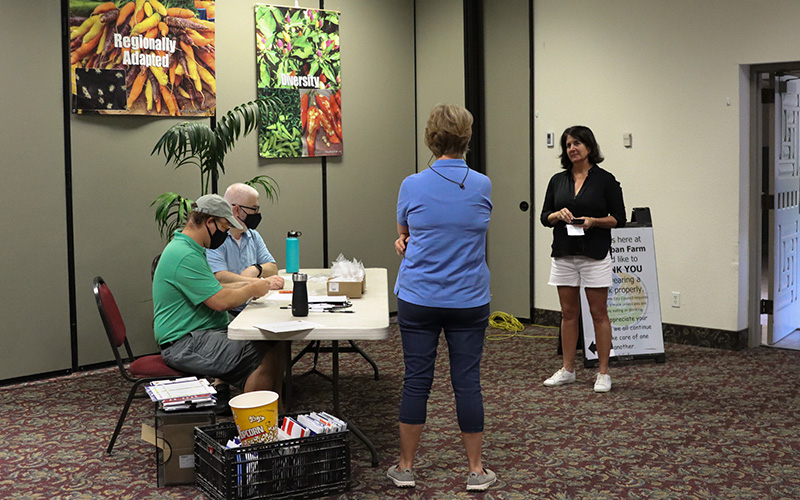 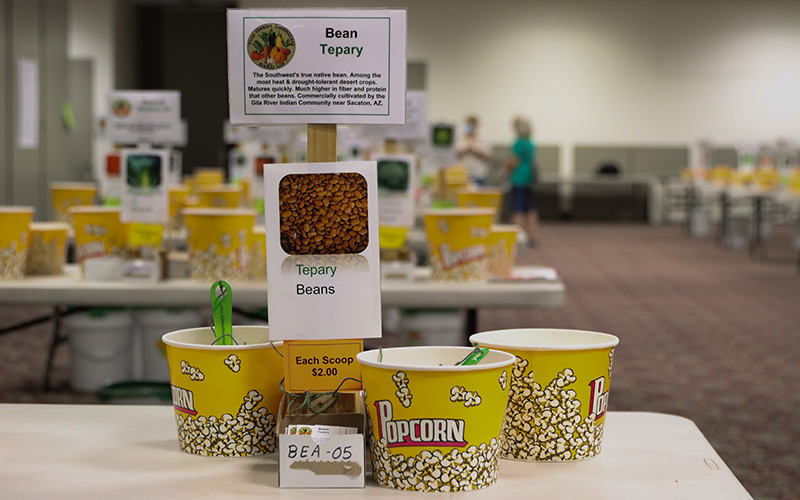 Tepary beans were among the more than 100 seeds available at the Great American Seed Up event at the North Phoenix Baptist Church. Organizers used popcorn bins as an alternative to plastic. (Photo by Sierra Alvarez/Cronkite News)

PHOENIX – If you tried your hand at growing your own vegetables during the past year, you aren’t alone. Home gardening has taken off since the pandemic threatened food security and forced millions of Americans to stay home. According to a survey by nationwide supplier Bonnie Plants, more than 20 million Americans took up gardening for the first time in 2020.

Last month at the Great American Seed Up in north central Phoenix, more than 400 Arizona gardeners looked for the perfect seeds. The event, which started in 2015, was live for the first time since the pandemic was declared in March 2020.

Janice Norton, manager of the event, said the surge in interest in gardening over the past 18 months has been astounding.

“It was unbelievable; it was astronomical in my mind,” she said.

“COVID hit everyone differently, but in the gardening world, it was transformative, to how many people finally realized that their food is important, and they wanted to be able to access healthy food and not rely on food that was maybe not going to show up at the grocery store with our supply system that was interrupted.”

The increased interest in gardening may also have been due to people simply having more time at home. Some people may have considered growing their own food in the past but were too busy, but COVID-19 forced people to spend more time at home.

Shortages and supply chain issues during the national emergency have played a role in the trust individuals have in our food systems.

“We’ve got, what, 36 hours worth of food in the local Safeway? That’s how quickly they turn over their inventory,” said Bill McDorman, co-founder of Great American Seed Up. “If any supply lines are cut, we have a Safeway with no food. What do we do? Now we don’t even have seeds.” 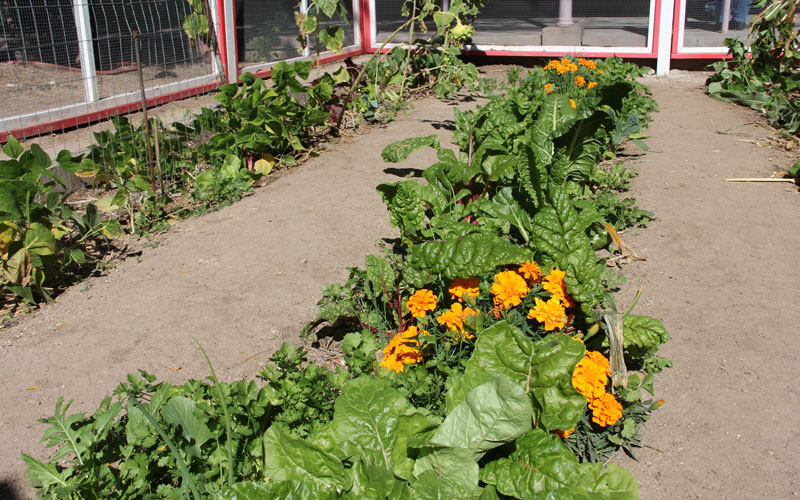 McDorman has worked directly with seeds for over 40 years. He says that most of the food produced in the state comes from seeds that aren’t from Arizona. At the Great American Seed Up, the goal is to get thousands of people to save and regenerate seeds.

“In the industry itself, of being able to do your own gardening, there is a wonderful interest and a lack of knowledge,” said Belle Starr, who helped coordinate the event. “We’re trying to bridge that gap by giving education, as well, and being able to give a start up to growing your own seeds.”

However, even before COVID-19, home gardening was growing steadily in popularity.

“Two years ago, actually, it started with the millennials,” McDorman said. “We saw the biggest bump in new people wanting to garden in demographic history.”

The Bonnie Plants survey in May found that in the previous year, 30% of people planning to grow their own food were gardening for their first time, and 65% of those said COVID-19 was the main reason.

As the country reopens and people head back to work, away from their gardens, the trend could wither. However, Great American Seed Up organizers are optimistic that the pandemic hobby has taken root.

“This just showed that people have the interest, and when they’re at home, they have the time, they will take it up,” said Michael Chamberland, assistant agent at the University of Arizona Maricopa County Cooperative Extensions. 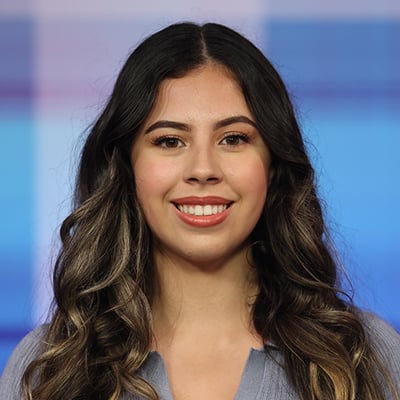