LOS ANGELES – California’s sandy beaches are known for their surf and sunsets, but accessing them can be tough for wheelchair users.

When Richard Dahl, co-founder of Wheelchair Gang, an organization supporting wheelchair users, rolled down the beach at Pacific Palisades this summer, he saw a long blue mat on the sand. He wasn’t sure at first whether it was meant for wheelchair users but decided to take advantage of the opportunity.

“This is something that I can use to get to the beach,” Dahl recalled. “I don’t know if this is for that, but I’m going to use it.” 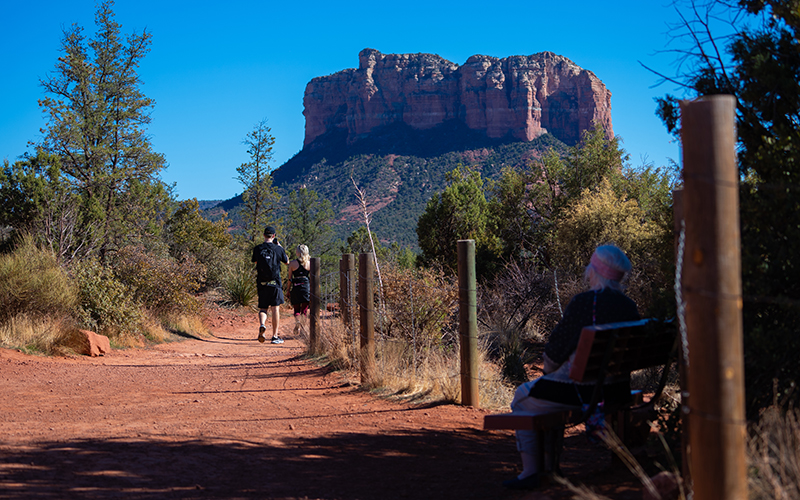 Months later, as he scrolled through social media, he confirmed that the synthetic mats were meant for him and other wheelchair users.

“We rolled out one of our longest mats, I believe it’s more than 200 feet long at Venice Beach,” said Nicole Mooradian, spokesperson for the Los Angeles County Department of Beaches and Harbors.

The mats give wheelchair users, baby strollers and other mobility devices the ability to easily navigate sandy beaches, according to Mooradian.

Eight of these access mats have been installed on beaches in Los Angeles County. The first three were placed at Zuma, Will Rogers and Topanga beaches, Mooradian said.

Dahl said few people know about the mats, and he suggested signs be placed on nearby streets indicating that these beaches are wheelchair accessible.

“This is something that you can just drive and see … you have to also have the knowledge, … that they’re here and so that’s something that … we as a community don’t promote,” Dahl said.

He’s in the process of seeking sponsors and grants for handcycles to bring another mode of mobility to Americans in wheelchairs. Dahl also would like for the people to be mindful of the challenges wheelchair users face, and that simple courtesies go a long way. 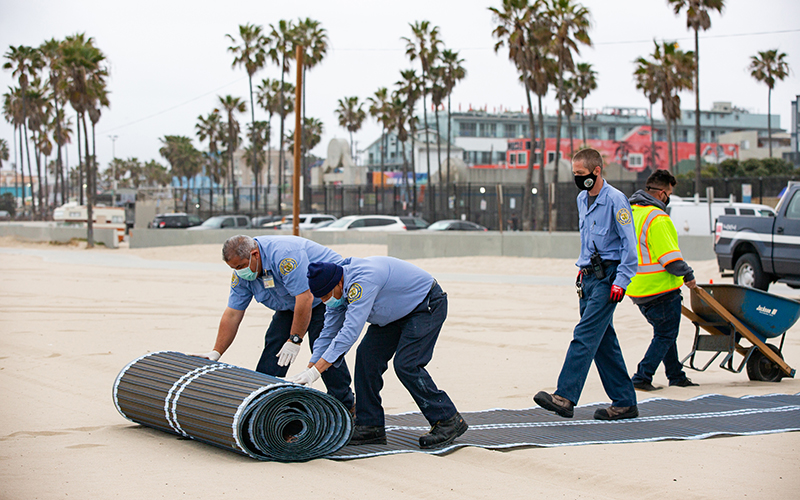 A new synthetic mat is installed at Venice Beach to allow wheelchair users and other mobility devices to get a bit closer to the Pacific Ocean. (Photo courtesy of Venice Paparazzi/Los Angeles County Department of Beaches & Harbors)