A sign warns drivers of their last opportunity to turn around before crossing the border into Nogales, Sonora, from Nogales, Ariz. For the past 17 months, “nonessential” border crossings have been prohibited as a COVID-19 protection, but officials say the loss of customers from Mexico has hammered local businesses. (File photo by Alina Nelson/Cronkite News)

WASHINGTON – Nogales Mayor Arturo Garino said he is “fed up” with the federal government’s COVID-19 ban on nonessential border crossings, which has been extended for another month, further crippling local businesses that rely on cross-border customers.

The ban, which was set to expire Saturday, has been extended through at least Sept. 21, which will mark just under 18 months of travel restrictions at land ports of entry at the Canadian and Mexican borders.

“You know, this needs to end,” said Andy Carey, executive director of the U.S. Mexico Border Philanthropy Partnership. “It’s been going on for almost a year and a half.”

But Carey said nobody believes the border will open by next month. In the meantime, businesses around Nogales are closing down, losing customers and hurting economically.

“The businesses are completely empty,” Garino said. “They took their merchandise, they’re gone.”

The ban on nonessential border crossings between the three countries was first put into place on March 24, 2020, in response to the first flush of the COVID-19 pandemic. It was extended a month later, when Customs and Border Protection cited the 720,000 confirmed cases in the U.S. at the time. 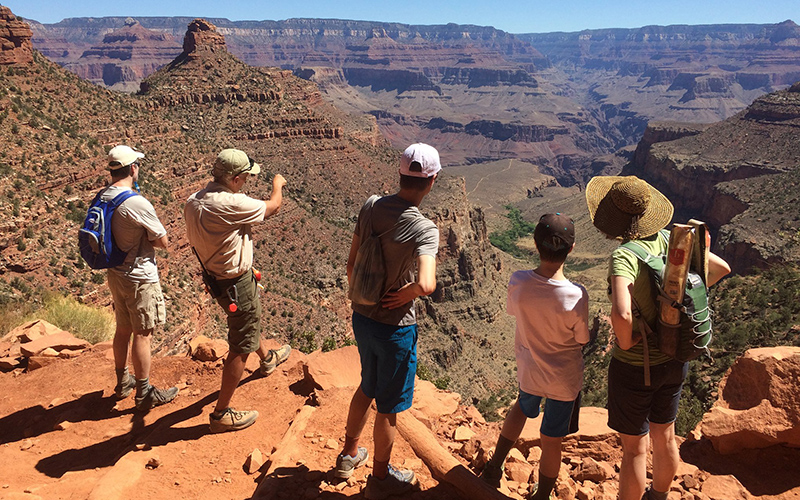 The ban has been extended monthly since then, with the latest extension noting the 36.1 million COVID-19 cases in the U.S. and the presence of the highly contagious delta variant as reasons to continue the restrictions.

In a Federal Register notice Monday announcing the latest extension, CBP said that U.S. and Mexican officials “mutually determined that non-essential travel between the United States and Mexico posed additional risk of transmission and spread of the virus associated with COVID–19.”

The move comes as the number of cases in Arizona and the U.S., driven by the delta variant, has been climbing steadily after months of relatively low infection rates from spring through early summer. Where Arizona was averaging 480 new cases a day in late March, the number had risen to 2,979 cases on average in the past week.

The border restriction does not apply to essential travel, which includes cross-border shipping, or traveling for school, medical care or for work.

Because many of those crossing the border in Yuma are coming for work, the restrictions have not had as severe an effect there, said Kimberly Kahl, executive director of the Yuma County Chamber of Commerce. People can get back and forth. But there has still been an impact, she said.

“People are still coming to cross, that’s not an issue,” Kahl said. “But they are not able to stay … as late. A lot of businesses are closing early.”

CORRECTION:An earlier version of this story misidentified the U.S.-Mexico Border Philanthropy Partnership in the third graf. The story here has been corrected, but clients who used a previous version are asked to run the correction found here.

Kahl said the port of entry is closing earlier than it used to, which is “definitely affecting” businesses in Yuma.

But in Nogales, where much more of the border crossings fall into the nonessential category, traffic has fallen sharply. According to data from the University of Arizona’s Eller College of Management, total northbound pedestrian crossings at Nogales fell from 3.4 million in 2019 to 1.4 million in 2020.

For Nogales businesses, those were often the customers from Mexico who crossed the border to buy food, clothing and other necessities in the U.S., where prices are often cheaper, Carey said. Now, all that money stays in Mexico.

“There’s really no incentive for the Mexican government to encourage the Biden administration to open the border because the Mexican economy on the Mexico side is doing much better, because all that money that would get spent in our country is getting spent in Mexico,” Carey said.

Garino said he has given up on writing to lawmakers in Washington, who he said have not been responsive. “They know … how we feel. It’s a waste of time for me to write letters to them,” he said.

But, he said, something needs to be done.

“Here with us, the good people of Nogales, Sonora, and the state of Sonora want to come to shop legally with their visas with permits to shop locally,” he said, “and they’re not being allowed, because they’re considered nonessential,”