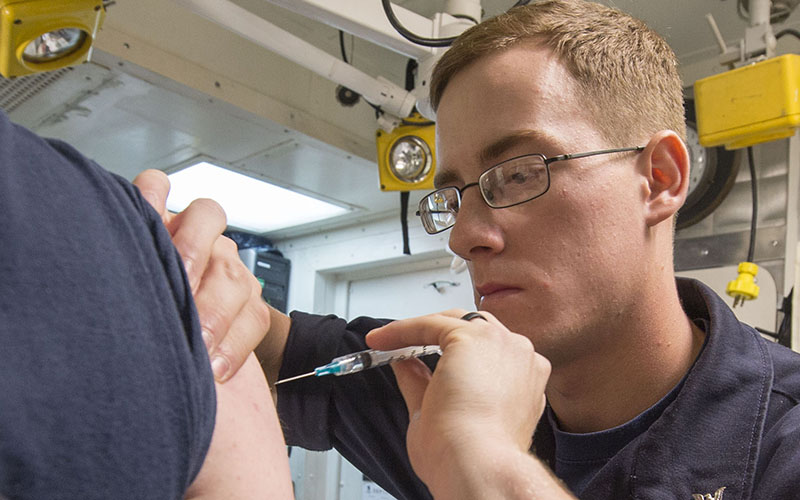 After a scramble in the early days to get COVID-19 vaccine, demand for vaccinations has fallen sharply in recent months and a White House goal of getting 70% of adults vaccinated by July Fourth has fallen with it. Arizona is one of 31 states to fall short of that target. (Photo by Spec. 3rd Class M.J. Lieb erknecht/U.S. Navy)

WASHINGTON – The director of Arizona’s health department last month was “hopeful” the state could meet President Joe Biden’s goal of vaccinating 70% of adults by July Fourth, but “fearful” that declining vaccine demand could put that goal out of reach.

It turns out that fearful was warranted.

With just days to the holiday, Arizona was one of 31 states that fell short of that goal, as did the U.S. as a whole, according to state and national data.

The Arizona Department of Health Services said that 49.6% of all eligible Arizonans had received at least one dose of the vaccine by Friday. When considering only those age 18 and older – the group targeted by Biden – the number in Arizona rose to 62.2%, according to an analysis from the Centers for Disease Control and Prevention. That was good for 29th place among states and the District of Columbia.

Nationally, the overall vaccination rate was 54.7% and the rate for adults was 66.8%. 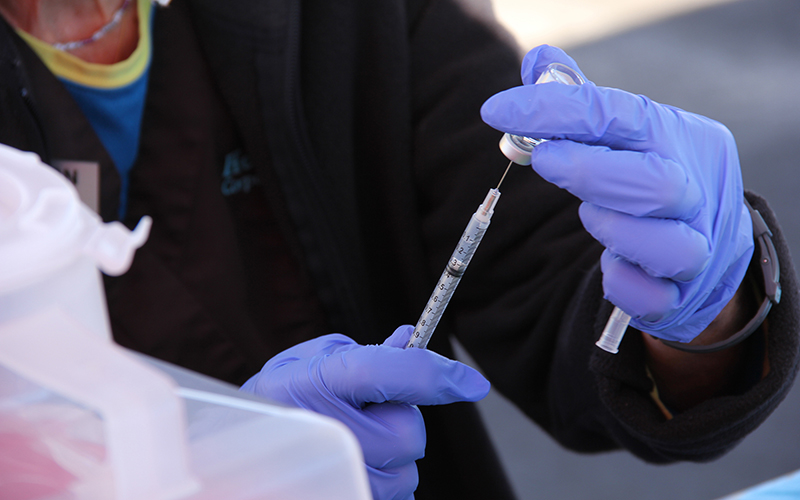 Biden announced in May that he hoped to have 160 million U.S. adults fully vaccinated by July Fourth, “so that life can start to look closer to normal.” But the number of fully vaccinated adults Friday stood at 149.4 million, according to the CDC.

“We didn’t make our goal, but we’re darn close to it,” White House senior adviser Anita Dunn said in an interview Friday with Politico.

In Arizona, health experts said they were not surprised, as demand for vaccines has fallen sharply.

Reaching Biden’s goal is “not going to happen by Fourth of July, and maybe not ever,” said Will Humble, executive director of the Arizona Public Health Association.

From a high of more than 77,000 doses a day in April, the average daily number of doses administered in the state over the past week was just 8,877, according to ADHS. Even as recently as a month ago, the rate in Arizona was almost twice as high, with an average of 16,330 doses administered daily in the last week of May.

Experts blame the falling demand on a variety of factors, including the most-vulnerable groups having already been vaccinated while others see less of a risk as infections decline and pandemic restrictions are eased.

“Those who were eager to get vaccinated when demand greatly exceeded the supply” could go to one of the massive state-run vaccination sites to get a shot, said Dr. Daniel Derksen, a professor of public health at the University of Arizona. That was extremely effective in “vaccinating our high-risk populations, those over the age of 65 and with chronic conditions.”

Arizona phased out its large-scale vaccination sites with the last one, at Gila River Arena in Glendale, closing June 28, said Steve Elliott, a spokesperson for the health department. Since then, he said, the state has pivoted toward more focused efforts, like mobile pop-up vaccination clinics.

“An example is the clinic at Isaac Middle School in Phoenix,” Elliott said. “These are not intended to replace the capacity of state-run vaccination sites but to help encourage vaccination in areas with lower uptake, through events organized and administered by trusted local partners.” 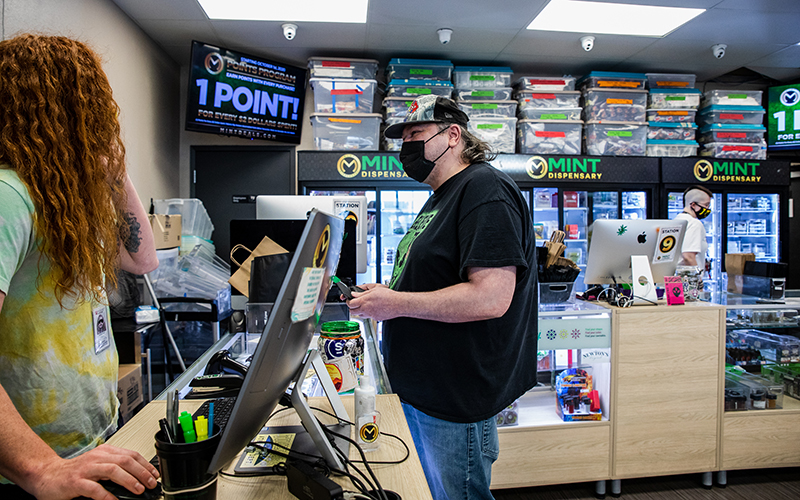 From doughnuts to cash to ... pot? Incentives rise as vaccination rates slide

As part of its efforts to get vaccines into communities, Elliott said the department has made vaccines available to doctors’ offices and neighborhood clinics by enabling providers to order doses from the federal government or through the Federal Retail Pharmacy Program.

For example, Derksen said, “We aren’t really authorized to vaccinate” kids ages 12 to 17. In Maricopa County, health department guidance says children ages 12 to 17 can get the Pfizer vaccine with consent from a parent, who may also have to accompany them to the appointment.

There has not been a big push to vaccinate that age group, Derksen said, but that the state “could make a lot of progress in July and August in getting kids immunized” if back-to-school vaccination events were held, for example.

Humble said a significant effort is also needed to vaccinate college students, an under-vaccinated group since they are at lower risk of getting seriously ill from the virus. He criticized Gov. Doug Ducey’s recent order to prohibit state universities from requiring proof of vaccination as students return in the fall.

“One thing for sure that would’ve helped is if the University of Arizona and Arizona State University policies would’ve been allowed to go through,” Humble said. “This would’ve provided a terrific incentive for probably 100,000-plus college students” to get vaccinated.

Humble pointed to a number of other opportunities, like letting smaller clinics split orders for the Pfizer vaccine, which is currently only available in large batches, or making doses available in “prefilled single syringes.”

“They would really help doctors’ offices in the long run, so they can offer them whenever patients come in for primary visits or a kid comes in to get stitches,” he said.

He thinks the focus should be on cutting red tape and helping local health departments that can better organize mobile pop-up events, vaccination opportunities at workplaces and other creative opportunities, like offering shots at Juneteenth community celebrations.

“I don’t think the answer is a public service announcement saying go get a shot,” he said.