Red, white and burn: Be smart about fireworks this Fourth of July, experts advise

PHOENIX – Since 1776, Independence Day traditionally has included fireworks. And as more Arizonans ease back into enjoying the Fourth of July as they did before the pandemic, officials are encouraging them to use fireworks safely – especially as wildfires continue to chew through parts of the state.

Fireworks were blamed for an estimated 19,500 fires in the U.S. in 2018, causing five deaths, 46 injuries and $105 million in direct property damage, according to a National Fire Protection Association report.

The danger is heightened in bone-dry Arizona, almost all of which is in extreme to exceptional drought. As of Friday, 16 wildfires were burning in Arizona, including one of the largest in state history – the Telegraph Fire, which has scorched more than 180,700 acres in the Tonto National Forest east of metro Phoenix. More than 1,000 wildfires have burned over 500,000 acres in Arizona this year alone, according to the Arizona Department of Forestry and Fire Management.

Fireworks displays in Phoenix, Tempe and several other cities have been canceled this year, and the Apache-Sitgreaves, Coconino, Kaibab, Prescott and Tonto national forests are closed. The Arizona Department of Forestry and Fire Management urges the public not to use fireworks at all. The agency’s advice? Leave the pyrotechnics to the professionals. 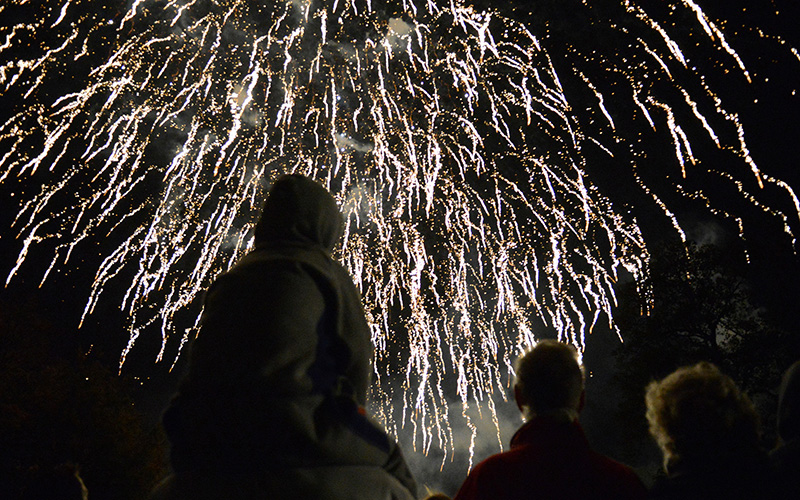 Not everyone will heed that advice.

Fireworks can create errant sparks and falling embers, but those aren’t the only dangers. People also toss unextinguished fireworks in the trash, which “can transition very quickly into a house fire,” Capt. Kenny Overton of the Phoenix Fire Department said.

To reduce such risks, Buckeye officials recommend soaking fireworks in water for at least four hours before putting them in trash cans.

Phoenix city codes allow the sale of permissible consumer fireworks from May 20 to July 6, and their use from June 24 to July 6. Selling, buying or using fireworks outside the permissible dates may result in a $1,000 fine. Fireworks are not allowed on State Trust Land at any time of the year. Permissible fireworks include ground and hand-held sparkling devices, cylindrical fountains and snappers. Illegal fireworks include any that explode or are shot in the air, including firecrackers, reloadable shells and bottle rockets.