A federal appeals court ordered a new hearing for Danny Lee Jones, convicted for two murders and an attempted murder in Bullhead City in 1992, because evidence of an abusive childhood, drug and mental health issues was not presented at his trial. (Photo by Tim Evanson/Creative Commons)

WASHINGTON – An appeals court Monday ordered a new hearing for an Arizona death-row inmate, saying his attorney did not fully investigate the history of abuse and mental health issues that could have been used in his defense at sentencing.

Danny Lee Jones was sentenced to death for the 1992 beating death in Bullhead City of a friend, the strangulation of the friend’s 7-year-old daughter and attempted murder of the friend’s grandmother after a day of drinking and methamphetamine use.

But a three-judge panel of the 9th U.S. Circuit Court of Appeals said Jones’ attorney failed to investigate evidence that Jones was abused as a child, had a history of drug and alcohol problems and may have had developmental issues and PTSD, which could have led to his murderous outburst – and weighed against the death penalty.

“He has demonstrated that there is a ‘reasonable probability’ that had such testing been conducted, and had the results been presented at sentencing, ‘the result of the proceeding would have been different,'” Circuit Chief Judge Sidney Thomas wrote in the opinion.

Those results were not presented because Jones’ trial attorney, a public defender handling his first capital case, said he did not have the time or the resources to call the mental health experts needed to investigate his client’s background – a claim that was later disputed by the Mohave County Public Defender’s Office. 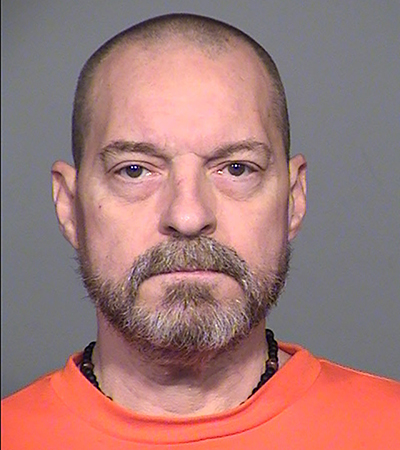 Danny Lee Jones was convicted in the 1992 beating death of a friend, strangulation of the friend’s daughter and attempted murder of the friend’s grandmother. (Photo courtesy Arizona Department of Corrections, Rehabilitation and Reentry)

Requests for comment from the Arizona Attorney General’s Office and the Federal Public Defender’s Office, which were handling the appeal, were not immediately returned Monday.

The case began on March 26, 1992, when Jones and his friend, Robert Weaver, got into a fight after a day of drinking and using crystal methamphetamine in Weaver’s garage. Jones hit Weaver in the head with a baseball bat, knocking him unconscious.

Jones then headed into the house where Weaver’s 7-year-old daughter, Tisha, was doing homework and his 74-year-old grandmother, Katherine Gumina, was watching TV. He hit Gumina with the bat then chased Tisha into a bedroom where he also hit her with the bat before strangling or suffocating her, according to the court ruling.

Jones then raided Weaver’s gun cabinet and took the keys to Gumina’s car. As he was loading the guns in the car, Jones found Weaver had regained consciousness and chased him down, hitting him repeatedly with the bat until he was dead.

Jones fled in Gumina’s car to Las Vegas, where he was later arrested. He was charged with murder in the deaths of Weaver and Tisha and the attempted murder of Gumina – who survived the attack, but died after 17 months in a coma. The charges were not amended after her death.

At trial, Jones’ attorney requested $5,000 to hire expert witnesses, but the court allowed him $2,000, which was used to hire a crime-scene investigator and an addictionologist, the court said.

Jones was convicted on all three counts in September 1993 and sentenced to death in December of that year.

At sentencing, Jones’ attorney asked for a delay based on discussions with Dr. Jack Potts, a court-appointed psychiatrist who spent a total of six hours evaluating Jones and talking with his mother and second stepfather. Potts, who filed a six-page report in the case, testified that he thought a more thorough evaluation was needed to investigate evidence of “traumatic brain injury” and other “organic neurologic dysfunctions.”

But the judge rejected that request, saying Potts had been a “defense-oriented” witness. He sentenced Jones to death, citing as aggravating factors the theft committed, the multiple murders and the “especially heinous or depraved manner” of the killings. He found Jones’ abusive childhood and use of drugs and alcohol were mitigating factors, but not enough to outweigh the aggravating factors.

In subsequent hearings, however, another doctor who spent 130 hours on Jones’ case said the “circumstances surrounding Mr. Weaver’s death are a direct consequence of (Jones’) abused and unfortunate past.”

That past included prenatal exposure to nicotine and chrome – his mother worked in a chrome-plating factory – and fetal trauma from his biological father’s beatings of his then 15-year-old mother and a “traumatic birth,” a breech birth with the umbilical cord wrapped around Jones’ neck.

As a child, Jones suffered multiple severe head injuries, was sexually abused by his grandfather and suffered repeated abuse from his biological and two stepfathers, the court said. He began using drugs and alcohol “substantially” at age 8 or 9.

The circuit court ruled that the picture of a childhood “marred by extreme physical and emotional abuse” was not adequately presented, a failure that could have changed the outcome of the case.

“In sum, there is at least a reasonable probability that development and presentation of mental health expert testimony would have changed the result of the sentencing proceeding,” Thomas wrote in the circuit court ruling.