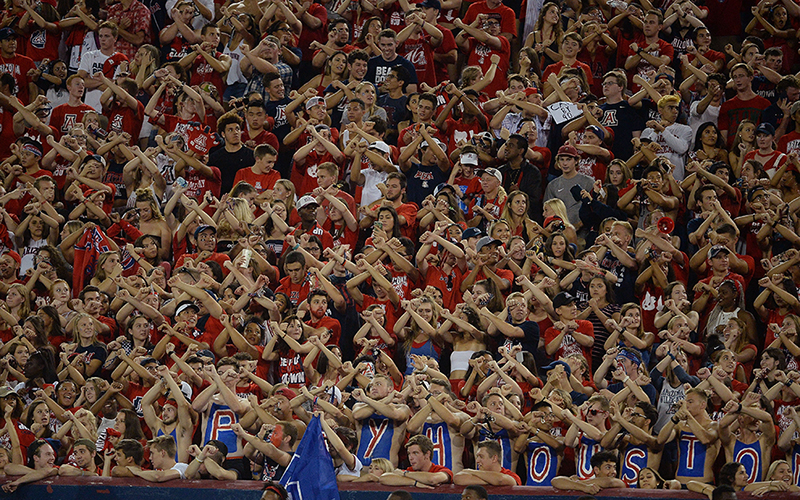 The University of Arizona is planning for 100 percent capacity for home football games at Arizona Stadium this fall with the resumption of tailgating on campus as well. (Photo by Jennifer Stewart/Getty Images)

PHOENIX – Arizona Stadium will host its full capacity of fans during the 2021 college football season, the University of Arizona athletic department announced Wednesday.

The school is among the first in the Pac-12 to decide its plans for fall attendance. Pac-12 South foe Utah said on May 27 that it intends to fill Rice-Eccles Stadium. Arizona State is working toward a decision later in the summer, Vice President for University Athletics Ray Anderson said in a statement.

The Pac-12 Conference enforced a ban on fans at sporting events that persisted through the winter due to COVID-19 concerns. The Wildcats’ 50,782-seat facility in Tucson was closed to spectators – except for players’ families – throughout the 2020 season and the postseason Arizona Bowl.

“Game days create an electric atmosphere in and around Arizona Stadium,” said Dave Heeke, the school’s athletic director, in a statement, “and it’s exciting to plan for that dynamic energy (to) return to Southern Arizona this Fall.”

The university’s decision comes on the heels of the Tucson Regional softball tournament at Hillebrand Stadium from May 21-23, the school’s first full-capacity event since the pandemic began. The school noted in its statement that attendees at football games this fall will still be bound by its current guidance on face coverings, which requires masks outdoors for unvaccinated individuals “where continuous physical distancing of at least 6 feet is difficult or impossible to maintain.”

For its part, ASU opened its final spring practice at the end of March, as fans retook seats previously occupied by $50 personalized cardboard cutouts. But the school’s outlook for the fall is less clear.

“We are not at a point where we are ready to announce a decision for fall, however based on the progress we’ve seen (from) our spring sports venues which operated at 50% capacity and the success of other venues around the Valley, we plan to keep progressing toward full capacity,” Anderson said in a statement. “We continue to work with university leadership and health experts and plan to make a final determination later this summer.”

Currently playing in front of capacity crowds are the Arizona Diamondbacks, who reopened completely on May 25, and the Phoenix Suns, who restored full capacity for the first time for Tuesday’s playoff matchup. Phoenix Rising FC will expand to full on Saturday, the Arizona Rattlers will pack Phoenix Suns Arena for their home opener on June 12, and the Phoenix Mercury will do the same beginning June 26 (according to a team spokesperson). Stadiums continue to uphold mask-wearing requirements.

As for Arizona’s out-of-season professional teams, the Coyotes closed their season playing at limited capacity. The Arizona Cardinals, who ended 2020 with State Farm Stadium empty, reportedly have the go-ahead to fill it up in the fall, though they have not stated official plans.

By allowing the full complement of fans at Arizona Stadium, the University of Arizona also follows a diverse array of college teams around the country from Penn State to South Alabama. But across the Pac-12, attendance prospects for the 2021 season are uncertain. Competitors like Colorado and USC allowed limited fans at their spring showcases. However, despite previous plans to allow spectators, Oregon had to scrimmage behind closed doors after Lane County backslid into the state’s “extreme risk” category in late April. Oregon State, in Benton County, narrowly avoided the same outcome.

This sort of instability means that few schools have made concrete projections for the start of the season, now just three months away (ASU opens the season by hosting Southern Utah on Sept. 2). Some are expressing significant caution: in April, Mike Urban, a city administrator in Pullman, Washington, forecasted half capacity at Washington State’s Martin Stadium in 2021 and potentially only three-quarters capacity in 2022.

Arizona’s statement announcing its attendance plans exhorts fans to “support head coach Jedd Fisch and the Arizona Wildcats for their six home games this season.” During their last pandemic-shortened season, the Wildcats played just five games total and lost them all.

Fisch, a rookie head coach who was most recently quarterbacks coach for the New England Patriots in 2020, has expressed a desire to sell out the venue as the Wildcats look to bounce back. Their home opener is Sept. 11 against San Diego State. 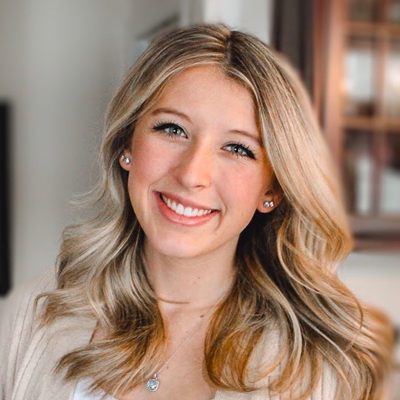