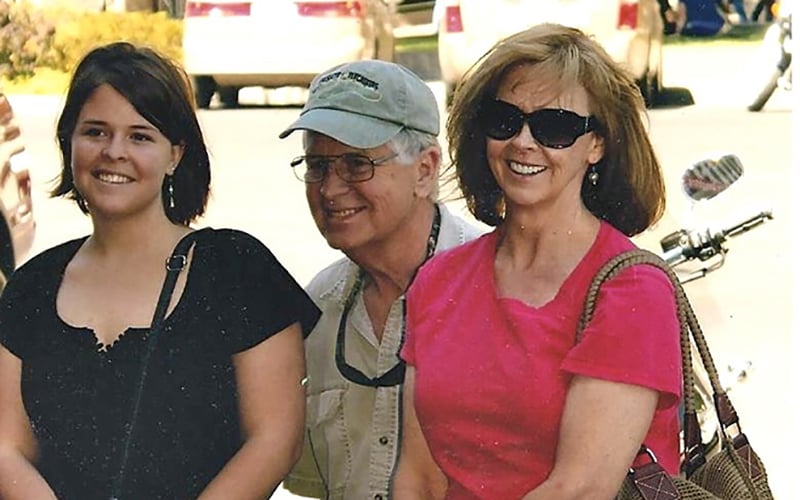 Prescott native Kayla Mueller and her parents, Carl and Marsha, in a family photo. Kayla was kidnapped and killed by the Islamic State and her parents, who have harshly criticized the Obama administration’s handling of her case, spoke Thursday at the Republican National Convention in praise of President Donald Trump. (Photo courtesy the Mueller family) 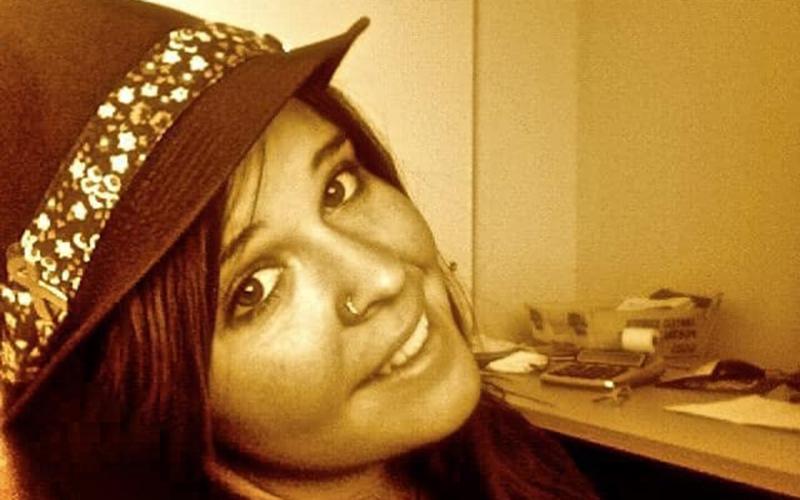 Kayla Mueller in an undated family photo. The Prescott native and Northern Arizona University graduate was in Turkey doing humanitarian relief work with Syrian refugees in 2013 when she was kidnapped by the Islamic State during a short trip into Syria, and killed there in 2015. (Photo courtesy the Mueller family)

WASHINGTON – When the White House asked Carl and Marsha Mueller if they wanted to speak at the Republican National Convention, the Prescott couple jumped at the opportunity.

The Muellers – whose daughter, Kayla, was kidnapped and killed in Syria by the Islamic State in 2015 – said they planned to use their Thursday address on national television “to speak about Kayla and how much more we felt helped by this administration.”

“It speaks about Kayla,” Marsha Mueller said in an interview before the prime-time speech, “and it speaks about the differences we see in these administrations.”

The differences, for the Muellers, are stark. While the Obama administration, and then Vice President Joe Biden, “knows how wrong they were” in their handling of Kayla’s case, the Trump administration “has gone above and beyond to cooperate with us and help us.”

They delivered that speech at the height of the convention, shortly before President Donald Trump gave the speech formally accepting the nomination and ending the four-day convention.

Kayla Mueller was doing humanitarian relief work in Turkey in 2013 when she and another aid worker crossed the border into Syria for what was supposed to be a short trip. But while leaving a Doctors Without Borders hospital in Aleppo, Syria, Kayla was captured by the Islamic State.

During 18 months of captivity, Kayla was beaten, abused and raped – including being raped by Abu Bakr al-Baghdadi, the leader of the Islamic State. She was eventually killed in 2015.

When U.S. military units raided al-Baghdadi’s compound last October and killed the terrorist leader, they did so as part of Operation Kayla Mueller. The Muellers said they learned later that the soldiers in the raid named themselves “task force 814,” a nod to Kayla’s birthday on Aug. 14.

Carl Mueller said they were called by both Trump and Vice President Mike Pence to “give the normal condolences” as well as to allow them to ask questions. Carl said Trump “wanted to listen.” The Muellers were inveted to be guests of the president’s State of the Union address in February.

“To this day we have never heard from Joe Biden,” he said.

They said their speech is as critical of the former vice president as it is appreciative of Trump.

Both Marsha and Carl spoke specifically about the president’s use of military force against the Islamic State, adding that they “do believe the military is important – that there is strength through peace.”

But in their speech to the RNC, they said the current administration has the “commitment to make and keep America great, not with the power of the government, but with the passion of people like Kayla – Americans who, even in the darkest days, always have more fight left inside of them.”

Before Kayla’s disappearance, the Muellers said they had never been strong supporters of either party – even though they said Kayla, who had campaigned for Obama, became disillusioned with his administration after one of her trips abroad to do humanitarian work.

Despite the partisan venue, however, the Muellers said focused much of their speech on memories of Kayla: “Everywhere Kayla went, people smiled,” Marsha said. The couple said their ultimate hope in giving this speech was to bring awareness of their daughter’s story.

“We just don’t want Kayla to be forgotten,” Marsha said. “We want her story to be known and told.”