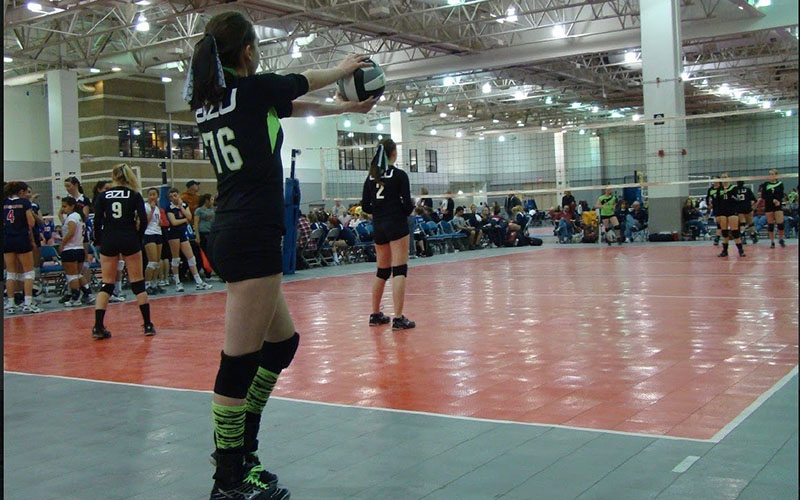 PHOENIX – Research into sports-related concussions started with football injuries but has since spread to other activities where hits and falls are routine, such as hockey, soccer and cheerleading.

The long-term effects of concussions, however, are still being studied.

It is a subject important to Stephanie Cahill. She played club volleyball from 14 to 16 years old. She suffered five concussions, two of them while playing the sport. Now 23, she believes the anxiety and depression she has experienced since the injuries are related.

Studies have shown that Cahill is justified in the way she feels.

A study by Cognitive FX in 2019 shows that up to 30% of post-concussion patients have lingering, long-term symptoms that don’t go away with time and rest. The study goes on to say that those who are lucky enough to walk away from getting a concussion without having long-term symptoms will always be more susceptible to getting another concussion, particularly within the first year.

Research into female athletes has lagged, even as some studies show women and girls get concussions at higher rates than male athletes. A 2019 study in Pediatrics revealed concussion rates were higher for high school girls than in boys in 20 high school sports.

Cahill said the concussions affected her emotional, mental and physical health. She had bouts of depression. She’s fought hard to get better.

“I have found ways to cope with it better, but they do still exist,” said Cahill, who graduated from Arizona State University in the spring, but did not play volleyball. “Through that and more research has come out linking all of the mental health issues that athletes are experiencing to brain trauma.”

The first two concussions were at the same club tournament, one year apart. Her coaches left it up to her discretion to get back on the court, Cahill said.

Only in recent years have concussions suffered by teenagers drawn attention. In 2011, the Arizona Interscholastic Association, along with the Barrow Neurological Arizona, introduced a first-of-its-kind concussion education program known as Brainbook that requires all high school athletes to pass a formal concussion test before being cleared for sports.

The club sports scene, however, has been far less regulated, and even now USA Volleyball, the governing body of the sport, does not have an official concussion protocol because of the challenge of developing a policy that conforms to individual state laws.

Club sports are fiercely competitive. Cahill said she re-entered both games right away because she felt as though if she decided to leave the game, she would lose her starting spot on the team.

Her reaction doesn’t surprise Chris Nowinski, co-founder and CEO of The Concussion Legacy Foundation. The sports world hasn’t been consistent in the way it views head injuries. 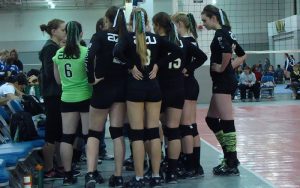 “The pendulum has been swinging back and forth on concussions for a long time,” Nowinski said. “One hundred years ago, we kept athletes out even longer. If you go back 100 years, they were very serious about concussions. Somewhere along the way, we lost our way and I think it has a lot to do with when sports became big money.

“A lot of athletes were returned to play very quickly for a long time when today we’d look and say that was inappropriate. … I’m still a little bit embarrassed that we didn’t think about this more when the fact that a brain injury is just far more serious than other injuries.”

After Cahill’s first concussion in January 2013, she couldn’t hear out of her right ear for 48 hours. After the second one, just one year later, she developed tunnel vision for 12 hours. The third concussion, which was just three months after her second, was the most extreme. It impacted her equilibrium and caused her to run into walls. To this day she puts her hand out to feel her surroundings to keep from doing so.

“The first two concussions, the symptoms were what I thought to be short term,” Cahill said. “I had hard of hearing on one side and tunnel vision for a little bit. But, all of it went away after two weeks, which is what most people perceive concussions as: a short-term injury. But what I realized was there was a lot of cognitive effects that happened and were still happening afterward that I still didn’t really notice before.”

In the long term, those concussions affected her athletically – she stopped playing volleyball – and academically.

“The most difficult thing that I had to retrain was how to learn,” she said. “I was a sophomore going into junior year of high school, and I had to drop out after the concussion. I wasn’t able to go back to school. The doctors did not recommend it whatsoever. They said that I would not do well, that basically if I went back, I was giving myself an opportunity to fail and that would cause even more distress on my emotions and my mental health.”

She went back to school against doctors’ advice. By the time she attended ASU, she had hit a low.

Cahill said it took years to realize what was actually wrong with her.

“I thought it was depression and anxiety based off the fact that I couldn’t go back to school,” Cahill said. “I was having a lot of the same issues, and I still do today.”

During her time at ASU, Cahill served as the president of Active Minds, a student-run group that aims to reduce the stigma surrounding mental health issues. She now works with the crisis text line in its communications department.

“I do know that my perception on the world has changed after having all of these concussions,” Cahill said. “I realized all of the needs in the mental health community that I didn’t realize before. I kind of went into that whole community and realized that there’s so much more to be done, and it fueled my passion.”

Cahill believes too many people are unaware of the long term emotional and cognitive effects of a concussion. She hopes her story can educate others.

“What I think the most important thing that I do is, is that I tell my story and I am completely 100% honest with every single aspect of it, probably to a fault,” she said. “With that, I hope that shows others that might have had concussions realizing that there are some mental health aspects with it. Also, telling them that my story isn’t over yet. I still deal with a lot of the problems, and I do not claim to be fully healed and recovered.

“I do have mental health problems even today, and I’m learning to cope with them every single step of the way. And I hope to tell other people that I will be with them when they figure theirs out.”