“This is not another executive order to post. This is not about closing businesses. This is about public education and personal responsibility,” the two-term Republican governor said on Thursday. (Photo courtesy of Governor’s Office via YouTube)

PHOENIX – A somber Gov. Doug Ducey on Thursday addressed Arizona’s record surge in COVID-19 cases, urging individuals to slow down and “do the right thing” but taking no new actions.

“This is Arizona’s first wave and it will not be our last wave,” he said in a teleconference. “Where we are right now and what we expect is manageable, but we need to shift now. We expect that our numbers will be worse next week and the week following in terms of cases and hospitalizations.”

Ducey remained firm on his stance of keeping businesses open, but also called for accountability when individuals step out of line.

“This is not another executive order to post. This is not about closing businesses. This is about public education and personal responsibility,” the two-term Republican governor said.

Ducey faced criticism for inconsistent mask use and failing to social distance while attending a rally hosted by President Donald Trump on Tuesday, where 3,000 people gathered in a north Phoenix megachurch.

“We are going to protect freedom of the press and the right of the people to peacefully assemble in an election year or in any year, it’s in the amendment,” the governor responded.

Ducey stressed the importance of slowing down and making informed decisions when deciding whether to leave the house.

Ducey also called for holding accountable those businesses that aren’t following the existing rules, to enforce social distancing and mask use for customers. He cited the Riot House in Scottsdale, where the state Department of Liquor Licenses and Control has issued a final warning to comply with Ducey’s executive order, along with other establishments.

“If you have not been cited, you can prevent being cited by putting in proper social distancing policies,” he said.

Ducey also highlighted a recent conversation with Trump and praised him and Vice President Mike Pence for their attentiveness, adding, “I got a personal phone call from President Trump wanting to know the situation in the Navajo Nation.”

Maricopa County officials on Wednesday said the state’s most populous county is starting to truly feel the magnitude of the drastic surge in cases.

More than a third of all cases in the county have been identified in the past week alone, officials said in a Facebook news conference. There are 37,135 cases in Maricopa County alone.

“We are still seeing record numbers of COVID-19 cases. We’re now averaging over 18 hundred cases per day,” said Dr. Rebecca Sunenshine, medical director of the county’s disease control division. “We’ve seen about 36 percent of all of our cases in just the last week.”

The announcement came six days after Maricopa County, which includes Phoenix, Mesa, Glendale, Tempe and Scottsdale, mandated the use of masks in public. Ducey’s six-week statewide stay-at-home order expired May 15.

“With more information about how many people are infected without symptoms and without knowing it,” Sunenshine said, “we made the recommendation to require cloth face masks in the public. A requirement is a really big step. We value people’s rights to make decisions about what they do or do not want to do.”

Maricopa County joins Pima County, which includes Tucson, and several cities in Arizona in requiring cloth face masks for everyone in public.

The Centers for Disease Control and Prevention has laid out recommendations for wearing face masks in areas of high traffic and potential spread.

“It’s more important now than ever with cases increasing so rapidly,” Sunenshine said. “I also want you to know that this is not forever. It is until we have the spread of COVID-19 in Maricopa County under control. And then we can reconsider all of our recommendations.”

As of Thursday, the Arizona Department of Health Services reported 63,030 cases of COVID-19 and 1,490 deaths in the state. It said 619,143 tests for COVID-19 have been completed in public and private labs in Arizona, and 8.9% of tests have come back positive for the virus that causes the disease.

Gov. Doug Ducey in a Twitter thread announced a plan to grant $850 million to schools across Arizona, including $200 million for remote learning.

He also issued an executive order to streamline the purchasing of personal protective equipment for schools, after weeks of listening sessions with school leaders.

“And it will enable schools to operationalize the different recommendations made in the Arizona Department of Education’s Roadmap to Reopening guidance,” Ducey said in a tweet.

Tucson has postponed the city’s annual “A” Mountain fireworks display for Independence Day. In a news release Wednesday, city officials cited the “risk of increased community spread of COVID-19 and the extreme fire danger in the region.”

“It is our intent to hold the event sometime in the future, when we can safely come together, to celebrate coming out of this time of crisis and our return to a new normal for our community,” City Manager Michael Ortega said.

A funeral was held Thursday to honor the life of Officer Michael Lee of the Navajo Police Department, a 29-year veteran of the department who died of COVID-19 on June 19.

“There is a bad stigma for police officers in our country right now, but because of officers like Michael Lee, we don’t have that here,” Police Chief Philip Francisco at the funeral. “He really embodies what a Navajo police officer should be.”

The Arizona Department of Health Services announced the continuation of increased testing in the state. In a news release, it noted improvements, including SonoraQuest Laboratories’ acquisition of an additional Roche testing machine and ADHS providing labs in the state with 10,000 specimen collection kits.

“Testing is an important public health tool to help us track COVID and to implement mitigation strategies to slow the spread of the disease in Arizona, so we are working with our health care partners to increase access to testing statewide,” said Dr. Cara Christ, director of the health department.

Baseball is set to return after a long delay due to COVID-19. Cronkite News reported that a deal has been reached for a 60-game season that is set to begin on July 23. Players are getting ready to report on July 1 for a shortened version of spring training.

The 60-game season is a drastic change from the traditional 162-game season, but Diamondbacks Executive Vice President and General Manager Mike Hazen is eager for the chaos. 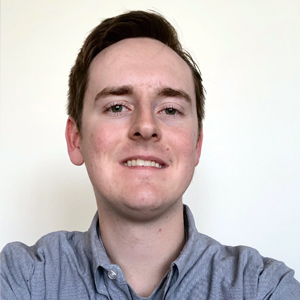