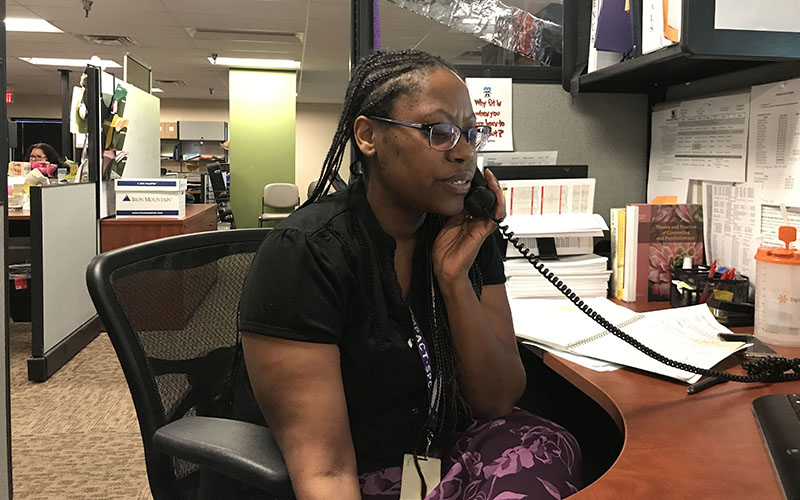 Lisa Clark, a clinical coordinator at Empact Suicide Prevention Center, talks to a caller who is discouraged about problems in his life. (File photo by Shawna Truong/Cronkite News)

PHOENIX – High suicide rates have largely been associated with younger populations, but middle-age suicides are beginning to rise throughout the country, a new report says.

In 2016, the population group at the highest risk for suicide was 45 to 54, according to the Centers for Disease Control and Prevention. The U.S. recorded 8,437 suicides in that age group; 233 were in Arizona.

This week’s deaths of celebrity chef Anthony Bourdain, 61, and style icon Kate Spade, 55, has once again put a spotlight on suicide prevention.

The CDC said many people associate mental-health conditions with suicide, but it’s rare for a single factor to lead someone to take their life.

In fact, according to the CDC report, 54 percent of people who die by suicide “are not known to have a diagnosed mental-health condition at the time of death.”

The CDC also noted that suicide rates have increased 30 percent in more than half the states from 1999 to 2016. Arizona’s rate rose 17 percent during that period. 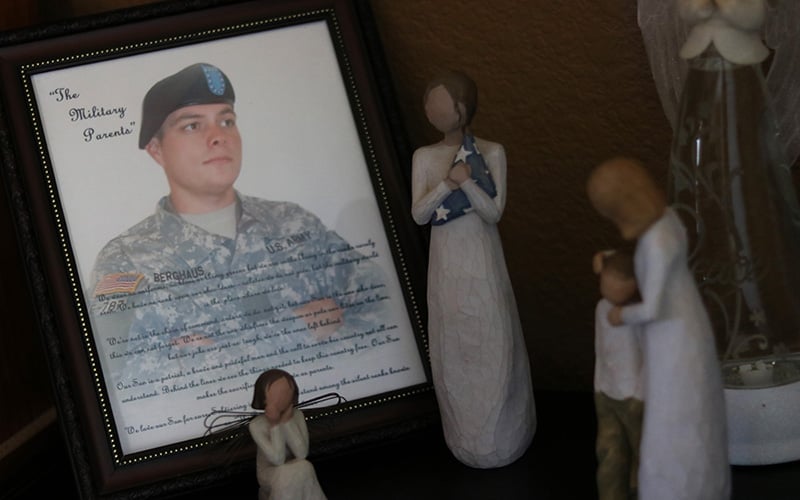 But people can reverse that trend, experts said.

Such groups as Teen Lifeline in Phoenix run call centers devoted to helping younger generations navigate the ups and downs of adolescence and young adulthood. Nikki Kontz, the group’s clinical director, said one of the first steps at preventing suicide is reaching out.

People often just need “a non-judgmental open ear to talk and for someone to just be able to listen to them and what is going on in the world,” she said.

She also said new technology provides another way to get help.

“There (are) also new apps that help connect people to counselors and other services, and that’s one of the main things we need to keep in mind is that coping skills and learning how to handle our emotions, but we also need to encourage people to reach out and connect with other people,” she said.

Building support systems of trust and getting involved in the community often can help those suffering with depression, anxiety and suicidal thoughts, experts said.

“If you only address one part – or just the emotions and not the physical part – usually those symptoms don’t resolve without looking at the whole person,” she said.

Suicide in Arizona in the eighth-leading cause of death, according to the American Foundation for Suicide Prevention. On average, someone in the state takes his or her life every seven hours.