Youth sports by the numbers

PHOENIX – Youth sports are booming in the US today. Almost 22 million children between ages 6 and 17 play team sports, according to Sports and Fitness Industry Association research. 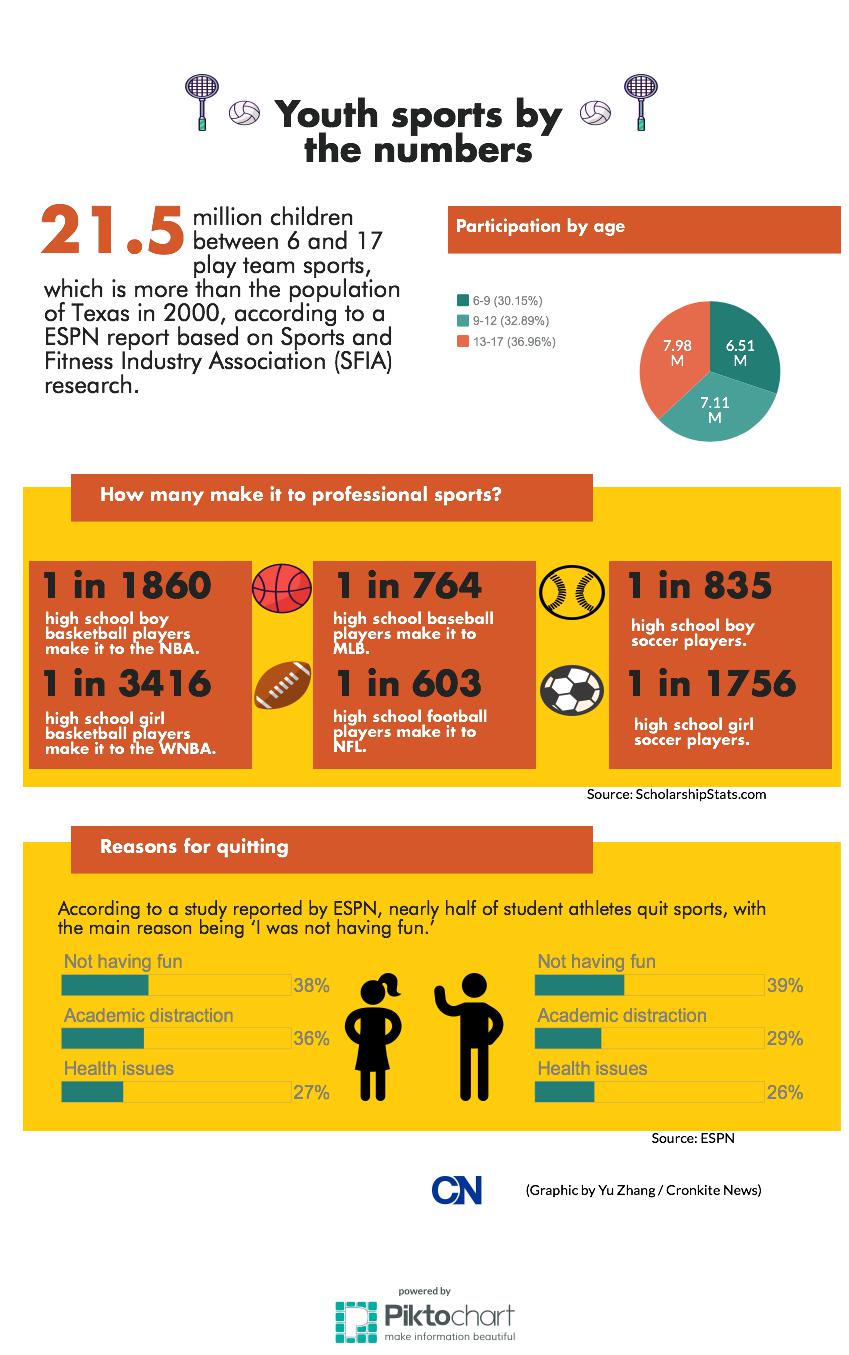