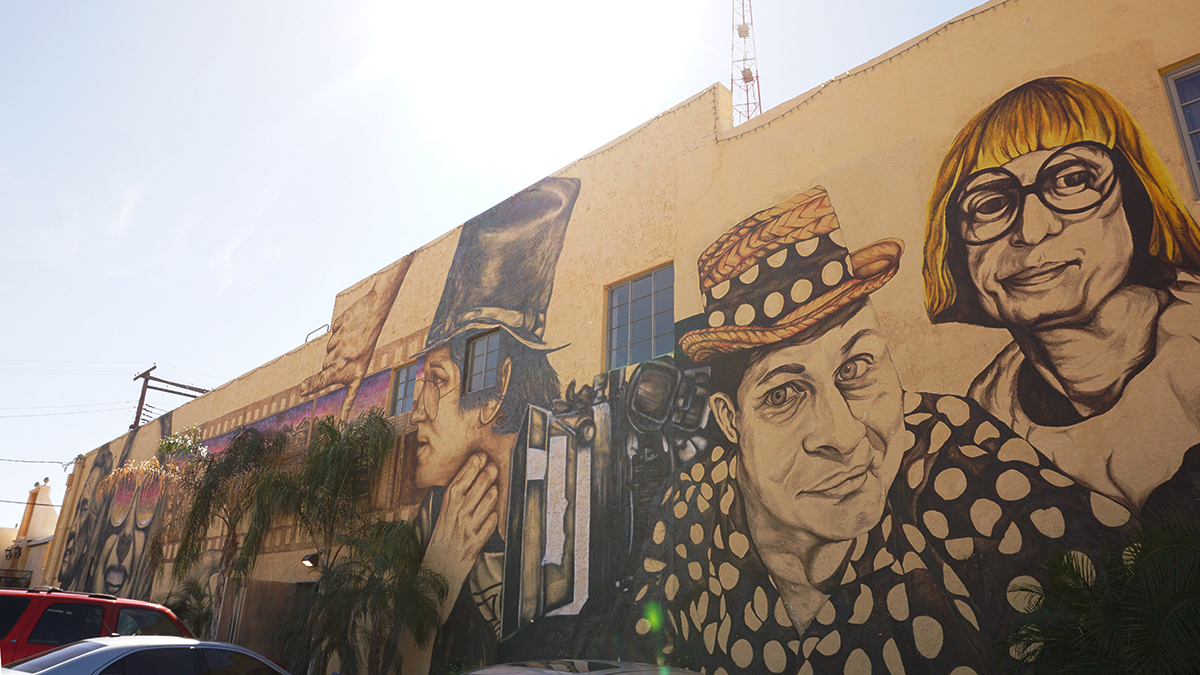 A mural by artist Hugo Medina on the wall of First Studio in downtown Phoenix. (Photo by Lexi Hart/Cronkite News)

PHOENIX – The loft is bright. Light pours through the windows and the sun’s rays accentuate the bright colors used in the art on the walls.

The conversation dances between reminiscence and excitement, but not the kind of excitement that leaves you hopeful. It’s excitement that’s filled with yearning for what once was and a subtle doubt about the future.

Kristine Kollasch stands in the upper level of First Studio in downtown Phoenix. Kollasch, the studio’s curator and a professional artist, is explaining the evolution of Phoenix over the years through the eyes of an artist. There’s no denying that Phoenix has transformed into an art hub, a place where art and everyday lives merge, she says. Murals stretch along buildings, art galleries double as business offices and art is a part of your daily walk to work. But ask Kollasch what Phoenix looked like before the art boom and she paints a very different picture. 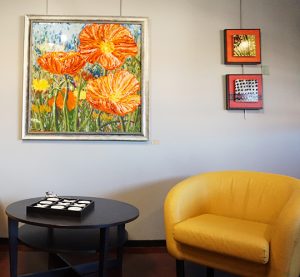 “Phoenix started off 30 years ago as a dusty old town where nobody came down here,” Kollasch says. “It’s become a really vibrant city and we’re at that point where things are still really growing. There’s really a lot of opportunity here I think for young people, for artists and for musicians, because it’s becoming a place where people want to come downtown.”

Art: The Rise of Phoenix

The rise of Phoenix’s popularity within the arts world has brought about a wave of culture, creativity and beauty to the city. But, the very people who poured their talent into the city are finding it hard to afford to stay as the property has become more valuable.

“Now with all these new condos, the councils and the government are not doing anything to try and maintain or protect the artists that are here, so the artists are leaving,” said Hugo Medina, an artist who has created more than 40 murals around Arizona and has witnessed the shift. Artists chose to live and create in Phoenix because the rent was “cheap” and Phoenix wasn’t yet the booming area it is today.

“Developers came in because they were like, ‘Oh, there’s money for us to be made down there,'” Medina said. “So what does that do? That shoots the prices up and kicks the artists out because they can’t afford to live here anymore.”

Medina isn’t alone in his thoughts. In fact, according to RentCafe, in 2016 the rent in downtown Phoenix increased 7.1 percent, compared to the national average of 4 percent. Gail Browne, executive director of the Phoenix Office of Arts and Culture, says the problem is not unique to Phoenix. 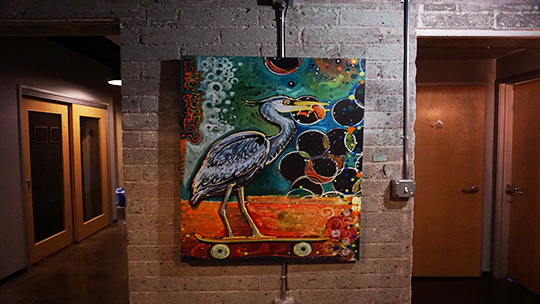 “Artists come in and they bring some new energy and new ideas to a community and it becomes attractive and it attracts people, like First Friday has done,” Browne said. “Developers then get interested, people that own property there are able to make a profit on their investment and developers come in and want to do more upscale projects like we’re seeing.”

Browne explained that although rent prices are outside the control of the city, Phoenix is taking steps to try to increase affordable housing.

“Rents are not always what artists can afford,” said Browne. “Affordable housing is a great concern to this city and we encourage whenever possible that developers consider at least a portion of the apartments are made available at a reasonable rate.”

According to Chris Campbell, owner of RooPho Realty who works with Phoenix’s high-end properties and calls himself an art fan, the city needs to be working with both renters and artists in Phoenix to create a cohesive and creative environment for everyone.

Campbell explained that when Artisan Village opened, the developers and artists couldn’t work out an agreement, and therefore the artists never moved forward with their plans to open studios on the property.

“[If] I had one of these houses and I wanted to help one of these artists,” Campbell asks, “could I charge them some rent and have a little bit of that rent applied towards maybe some investment in the property [they’re] renting so that when I sell it [they] might get a little investment back?” 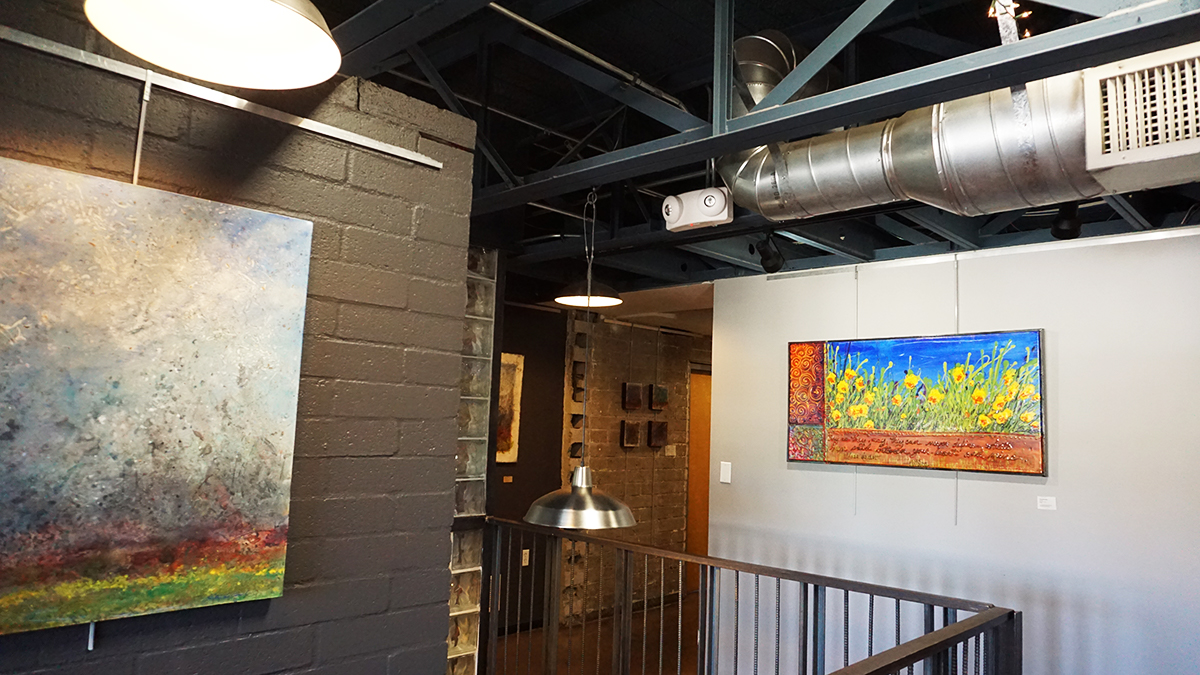 The studio is open to the public for free during business hours. (Photo by Lexi Hart/Cronkite News)

Jeong Joo Ahn, a Ph.D. candidate in public administration and policy and instructor at Arizona State University, suggests that in order to maintain a healthy relationship between the city of Phoenix and its community members, they must grow together and include each other in the process.

“It depends on what the local people want to achieve with their city,” Ahn said. “We may have different ideals or visions about how we can create a city… But what we really need to achieve is that we want to make a city that everybody feels good about, and I think that kind of thing can be achieved by creating a platform that everybody can access to share their opinions.”

One thing is for sure: Phoenix will continue to morph and grow, and that’s not necessarily a bad thing.

The arts scene in any metropolitan city has to keep evolving,” Medina said. “If it doesn’t evolve, it doesn’t grow.”

Kollasch sees good in the vibrancy.

“I think that there’s gentrification coming and going on all around us, which is pushing out some of the artists,” Kollasch said. “But also I see the art in Phoenix improving because we’re getting more attention, so it’s gotta raise the caliber of the artists here too, so there’s some good stuff happening in the arts community I think because of it.”