PHOENIX – Based on early television viewership projections, nearly 900,000 viewers tuned in to “Hooked Rx: From Prescription to Addiction,” a Cronkite News report on Arizona’s prescription opioid epidemic, according to early Nielsen rating numbers. That number is expected to rise.

Gov. Doug Ducey was one of the Arizonans who watched the documentary.

“It is incredibly depressing what is happening to these families,” he said. “But I look at it as a responsibility. There’s so much we can do in public policy and through public communication to help these families.”

The Cronkite News special investigation aired on all major Arizona broadcast television stations and most radio stations. During and after the broadcast, the Arizona Broadcasters Association sponsored a call center staffed with experts. Viewers called in seeking help with addiction and to report problems with medical professionals who prescribe opioids.

The months-long project involved more than 100 students and 15 faculty members. Reporters from Cronkite News traversed the state – from the Pima County morgue in the southern half of the state to a sober living home in Prescott – to find stories highlighting the crisis.

Brock Bevell, the owner of Blue Vase Recovery Center in Show Low, said he has fielded at least a dozen requests for information on getting help for addiction since the documentary aired. The report featured the recovery center.

“A lot of them actually sent emails to us, saying, ‘Hey, my son needs help, how can we learn more about your program?'” he said.

Arizona State University student Marisa Rodriguez spoke about recovering from prescription pill addiction in the documentary. She is the president of the university’s “Students for Recovery” group, which aims to provide a fun atmosphere for sober students. In an interview Wednesday, she said young people who are not sure if they are struggling with addiction should not be afraid to look for help. 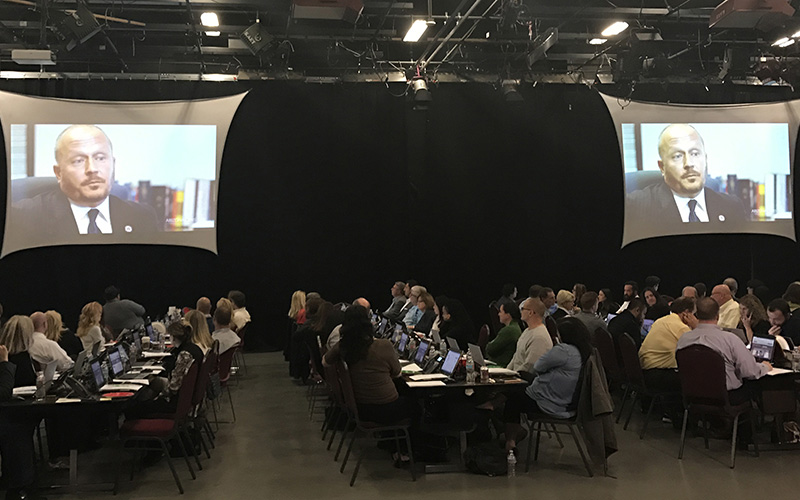 During and after the broadcast, the Arizona Broadcasters Association sponsored a call center staffed with experts. (Cronkite News photo)

“Check out an anonymous meeting, whether that’s Cocaine Anonymous, Alcoholics Anonymous – any of the anonymous programs, 12 step-based recovery programs,” she said. “You don’t have to walk in there and commit your life to them by any means. But it’s a really incredible way to see if you can identify with the other people in those rooms.

This week, Ducey also asked the Arizona Medical Board and the Arizona Board of Osteopathic Examiners to require more education for the state’s physicians.

“I’m concerned that this is something that’s going to get worse before it gets better,” he said. “But now it’s finally coming into the public domain.”