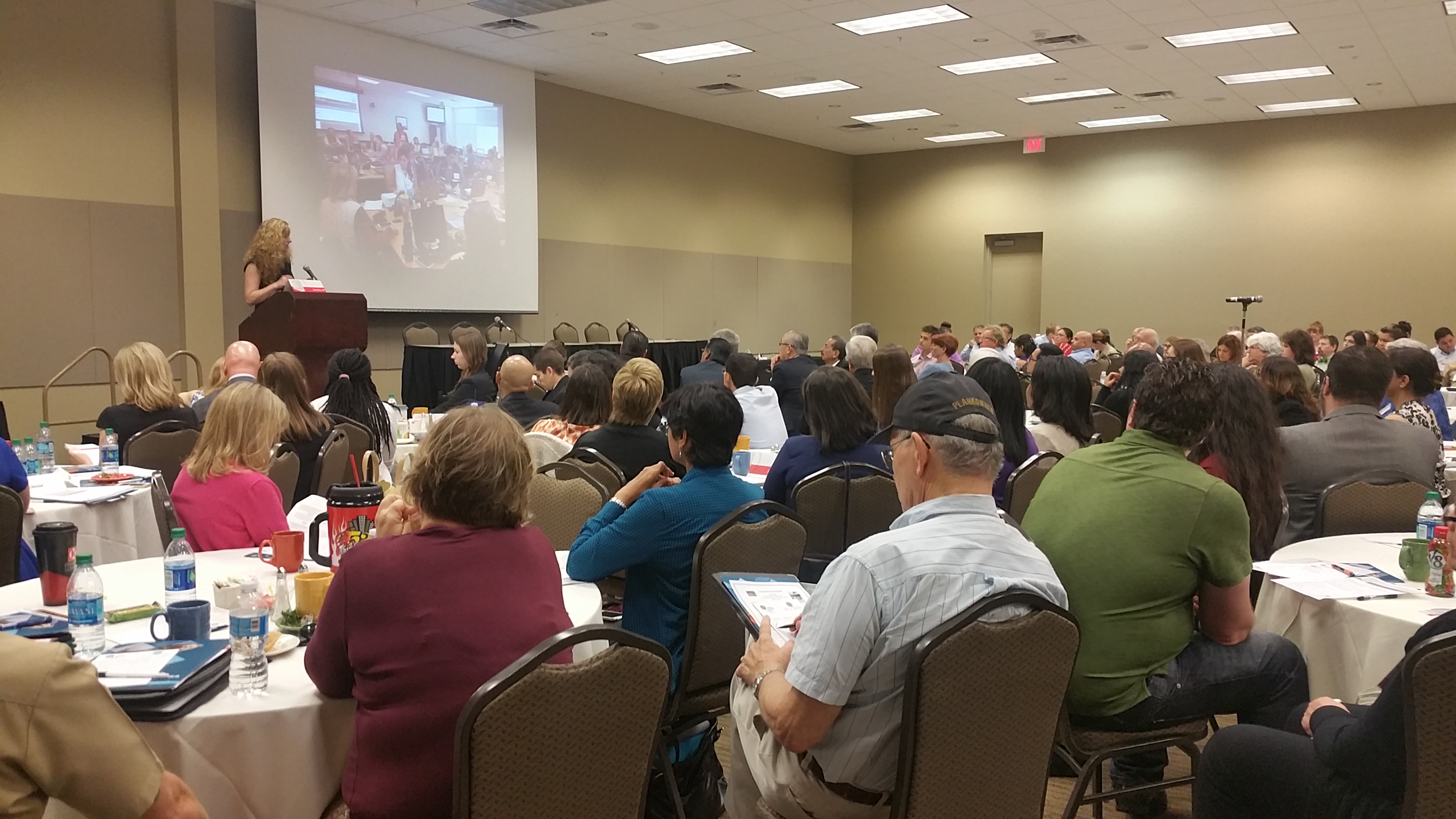 “Infectious diseases that happen in other parts of the world, can happen in the United States, can happen in Arizona and we need to be prepared,” said Dr. Cara Christ, at the summit hosted by Arizona Department of Health Services. (Photo by Socorro Carrillo/Cronkite News)

Arizona has had three confirmed cases of Zika, diagnosed in Arizona residents who contracted it while traveling outside the country. More than 140 people have been tested, according to the Arizona Department of Health Services.

The state has the type of mosquito that carries the virus but it has not been detected in mosquitoes, health officials said.

“This is a different mosquito,” said Dr. Cara Christ, DHS director. “It primarily likes people, it lives around people, and it bites all day.”

The state health department and Centers for Disease Control and Prevention convened the conference, which drew about 300 officials from Arizona and Sonora, Mexico. The CDC has placed Mexico on its travel advisory list and its list of areas that have been affected by the virus.

“I think it will broaden our horizons on what’s going on with it and we can get prepared for what’s going to come in the future for Zika virus,” said Mijdah Adilyar of the DHS emergency preparedness division.

The World Health Organization in February called the Zika virus an international public health emergency as an unprecedented increase of children in Brazil who were born with unusually small heads, or microcephaly. The virus, spread through the bite of a mosquito, has since emerged in other countries.

Dr. Cara Christ addresses the #ZikaAZ crowd on how AZ and national health leaders are tackling Zika together. pic.twitter.com/8bztntagsQ

The virus can also be contracted through sexual contact, which has led to growing concerns for pregnant couples and those who plan to become pregnant.

“The danger here is really the impact it has on pregnant moms and babies,” Dr. Cara Christ said. “We’re really trying to protect that group.”

The threat of Zika isn’t as serious for adults and women who are not planning to become pregnant. However, Zika symptoms are so common that they may be confused with similar diseases such as dengue and chikungunya.

Zika symptoms include rash, fever, joint pain, and conjunctivitis. A combination of these relatively mild symptoms as well as the fact that Zika had only 14 confirmed cases between the years 1947 and 2007, has historically kept Zika in the global health shadows.

Arizona is the first to conduct a Zika summit on the state level, a DHS spokeswoman said.

DHS officials said they will continue to educate the public about prevention.