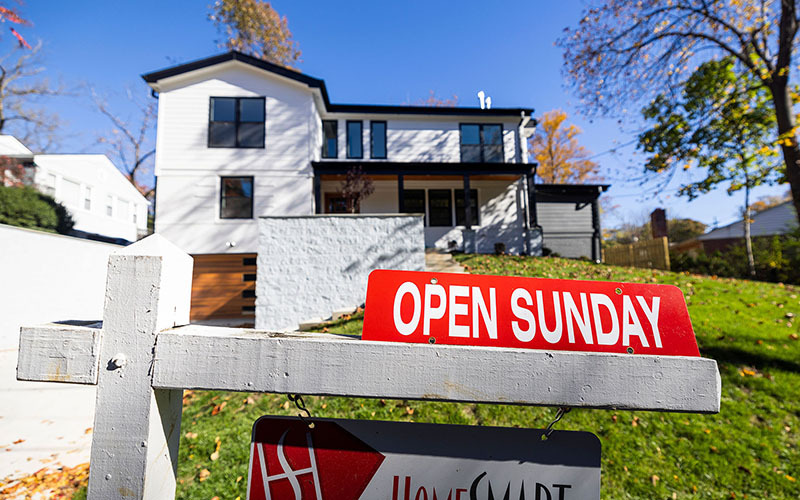 Arizona veterans would be able to once again claim a property tax break that was voided in 1990 by a state court ruling that said the old language ran afoul of the equal protection clause. Proposition 130 would fix the language to make it constitutional, restoring the tax break in the process. (Photo by Jim Lo Scalzo/EPA-EFE/Shutterstock)

WASHINGTON – It’s been 32 years since disabled veterans in Arizona got the same break on their property taxes that widows, widowers and disabled individuals do.

“I’m an Air Force veteran and the primary reason I’m supporting it is because it offers disabled veterans a reduction in their property taxes,” said Gallowitz, founder and CEO of the veteran-focused consulting firm Vanguard Veteran. “This proposition also helps with widows and other certain people with disabilities.”

The ballot measure would restore a property tax break for veterans in the Arizona Constitution that was voided in 1990 by the Arizona Court of Appeals, which said constitutional language limiting the benefit to veterans who lived in the state before 1945 violated the equal protection clause.

“This ballot measure … basically restores that exemption, eliminates that residency requirement, so that would now be constitutional,” said Jennifer Stielow, vice president of Arizona Tax Research Association, a statewide taxpayer association. “There is not much difference between what is currently in the Constitution versus what is being restated.”

Proposition 130 would do that by consolidating four sections of tax exemptions currently listed in the Constitution into one new section that includes disabled veterans along with widows and widowers, people with “total and permanent disability,” as well as schools, churches, government property and more.

Supporters say it would also allow the state Legislature to determine who qualifies for the benefit and the amount of tax break granted. That would let lawmakers more efficiently “adjust these areas as needed without going to the ballot every time you want to do that,” said Sen. J.D. Mesnard, R-Chandler, the primary sponsor of the bill.

The tax break would no longer be predicated on when a veteran became an Arizona resident. But not all disabled veterans in Arizona would benefit: Their income and the value of their homes would need to fall below certain thresholds.

The new legislation would apply to all disabled veterans making less than $34,301 a year, or up to $41,151 if minor children or children with total permanent disabilities live in the household. The veteran’s home could not have a limited property value exceeding $279,700.

Of the 110,345 Arizona veterans with disability ratings between 10% and 90%, legislative analysts estimate that 84,524 own the homes they live in. Of those, an estimated 65,929 fall under the maximum income threshold. And an estimated 80% of those vets, or 52,743, own homes that do not exceed the limited property value cap.

Who's on second?: Prop 131 answers with new lieutenant governor's office

Those veterans who do qualify for the break would receive it on a sliding scale, depending on their level of disability. The maximum tax exemption allowed to veterans with disabilities would be $4,177 – which is not a direct credit, but is credited against the assessed value of their property.

A fiscal analysis on the bill authorizing the changes estimates that the total cost of expanding the tax break to disabled veterans would be about $2.1 million per year beginning in fiscal 2024.

Mesnard and Stielow both said the measure is widely supported throughout the state. Mesnard said that “by-and-large, with some exceptions, there was broad bipartisan support” for the proposal in the Legislature.

Of the 10 measures on the ballot this fall, Proposition 130 is one of two that has not drawn any formal opposition. The only other one is Proposition 131, which proposes creating an office of lieutenant governor.

“I think most people are supportive of the measure, I haven’t heard of anybody that is opposed to the measure at all,” Stielow said.