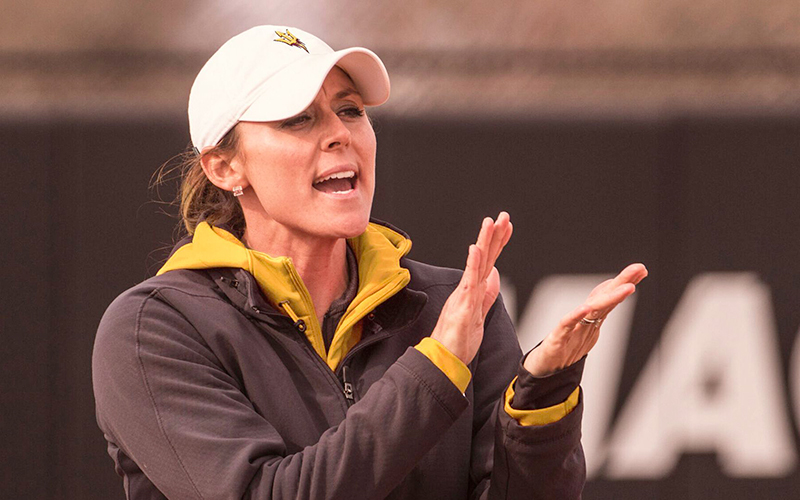 The biggest challenge for Arizona State’s new softball coach, Megan Bartlett, will be unifying a team that is a mix of freshmen, transfers and experienced veterans. (Photo courtesy Sun Devil Athletics)

“I think if we can learn early on to handle adversity and continue to attack when things get tough and stick together, then this team is going to win a lot in Oklahoma City at the end of the year,” said Bartlett, who helped coach the University of Texas softball team to the Women’s College World Series last season as an assistant.

This season is all about proving the doubters wrong, and Bartlett, who was hired in June, welcomes the opportunity to coach a team with the potential to make a deep run in the postseason. The newcomers will lean on the more experienced players for guidance.

Despite the changes, the players have worked hard to foster a welcoming environment for the newcomers. Bartlett has been pushing the idea of working together to reach the highest of heights this season.

“Her message is to be a team, be a family, and be the kind of team that always has each other’s backs,” infielder Alexa Milius said, “because at the end of the day, we’re friends off the field and we’re going to know each other forever.”

“I obviously want to do the same or better than last season but it is a new team,” Acuña said. “And when I set a goal, I like to set a team goal with how I can lead the team as a fifth year senior and an academic goal in order to manage school while playing a sport.”

The incoming transfers hope to forge a new path on a team still trying to find its identity. Many are entering an environment with new coaches who have a different philosophy.

“For this season, because I know it’s my fifth year, my last year, I just want to end strong and have a very successful season,” Milius said. “And I want to see this team do amazing things I know we’re capable of doing.”

The freshmen have needed the most time to acclimate to their new surroundings after making the leap from high school softball.

Freshman outfielder Kalyn McCarthy, who was named the Heart of America Fastpitch League’s Player of the Month for batting .347 and having an on-base percentage of .463 with her club team (Illinois Chill Gold 18U), wants to prove she has what it takes to compete at the college level.

“I’m excited to get out there and play and I’m ready,” McCarthy said. “And I want to show what I got.”

Successfully blending young players with experienced veterans will be a key to success this season.

So, too, will be adjusting to a new style of coaching.

“I think what I’m most looking forward to is setting the tone and the standard to really start to build the foundation of a real strong culture that women feel strong and capable of empowering,” Bartlett said. “You’re going to have kids that feel valued and are proud of what they’re building in the program.”

The team has played three fall games with four more to come as they prepare for spring competition. 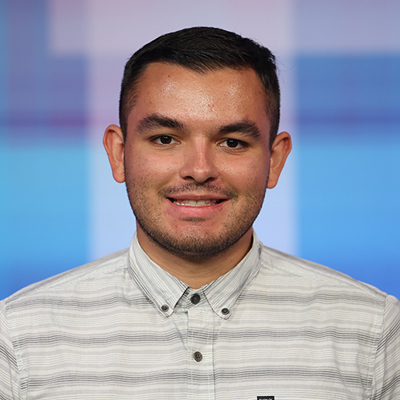 Dominic Hernandez expects to graduate in May 2023 with a bachelor’s degree in sports journalism.