A federal appeals court said a lower court erred when it issued a verdict in writing instead of in person, denying José Maria Nuñez-Ramirez “the fairness, integrity, and legitimacy of the judicial proceedings” in his trial on drug-smuggling charges. (Photo by Tim Evanson/Creative Commons)

WASHINGTON – A federal appeals court ruled Monday that a drug-smuggling defendant’s rights were violated when a district court handed down his conviction in writing and not in open court, denying him an opportunity to appear.

But a three-judge panel of the 9th U.S. Circuit Court of Appeals said that error was not enough to merit a new trial for José Maria Nuñez-Ramirez, a Honduran who was found in the desert in 2020 with several other man carrying backpacks of cannabis.

Circuit Judge Richard Paez wrote for the panel that denying Nuñez-Ramirez the right to be present at his public trial “undermines the fairness, integrity, and legitimacy of the judicial proceedings.”

“The requirement that findings of guilt be announced in open court vindicates core constitutional and human values,” Paez wrote in the opinion.

The court vacated Nuñez-Ramirez’s felony convictions and sent the case back to U.S. District Court, ordering it to enter “specific findings of fact” on how it reached the verdict – but said the court was then free to re-enter the conviction.

A call to Nuñez-Ramirez’s attorney was not immediately returned Monday. A spokesperson for the U.S. Attorney’s Office for Arizona said the office was reviewing the ruling Monday and could not comment further. 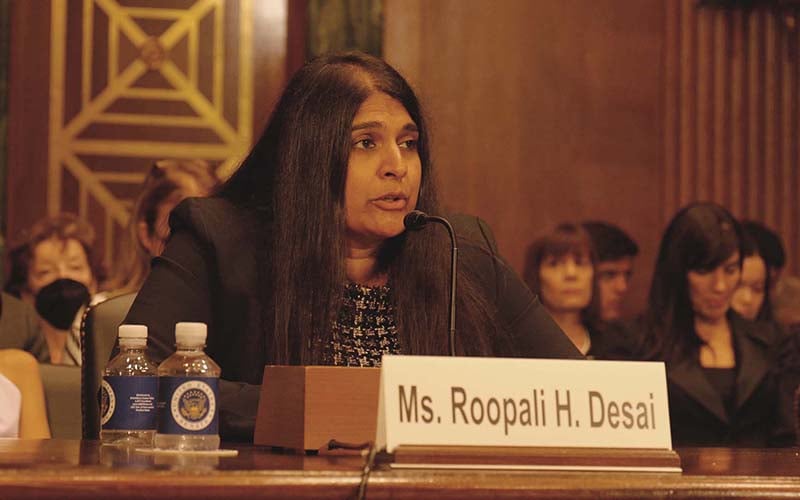 The case began on Jan. 7, 2020, when Border Patrol agents encountered Nuñez-Ramirez and three other men in “a remote section of the Arizona desert about 70 miles north of the Mexican border.” The agents also found three backpacks of pot under a tree nearby.

Nuñez-Ramirez was indicted on charges of conspiracy to possess cannabis and possession with intent to distribute. He waived his right to a jury trial and went to trial before U.S. District Judge James Alan Soto on Jan. 27.

At trial, Nuñez-Ramirez agreed that he had crossed the border illegally with the others and was carrying the drug-filled backpack. But he told Soto that he did so under duress, after “he was captured by assassins and forced to smuggle the drugs.”

After a one-day trial, Soto said he wanted more time to review the evidence before issuing a verdict. The defense urged Soto to review the records of Nuñez-Ramirez’s interview with Border Patrol agents before rendering a verdict.

On Feb. 8, Soto issued a written order finding Nuñez-Ramirez guilty on both counts.

On March 25, Nuñez-Ramirez asked Soto to issue findings of fact for his verdict. Had an in-person hearing been held to announce the verdict, he said, he would have been able to ask “for clarification about whether and how the district court had considered his duress defense.”

Soto denied that request and restated the convictions at a sentencing hearing on April 26 – a hearing held via teleconference. Nuñez-Ramirez was sentenced to time served and three years of supervised release.

Nuñez-Ramirez filed an appeal two days later, saying the lower court violated his right to be present and his right to a public trial by issuing the verdict in writing.

The appeals court rejected Nuñez-Ramirez’s that his inability to be present for the verdict affected his case.

“Nuñez does not argue that that there would have been any difference in the court’s finding of guilt had he been present when it was made, nor is there any evidence in the record to support such a conclusion,” Paez wrote.

But the court agreed that the failure to hold an open hearing for the verdict was “a clear violation of Nuñez-Ramirez’s Sixth Amendment public trial right.”

Paez disagreed with Nuñez-Ramirez’s claim that he should subsequently get a new trial, however, citing Supreme Court directions that a remedy in such cases be “appropriate to the violation.” In this case, Paez wrote, ordering a new trial would be an “unnecessary formality.”

While it did not order a new trial, the appellate panel ordered Soto to issue the findings of fact that Nuñez-Ramirez requested. It then said that Soto could re-enter the convictions, and Nuñez-Ramirez would be free to file a new appeal.