Federal officials gave emergency approval this month for COVID-19 vaccinations for children as young as 6 months, a year and a half after the first vaccine doses were administered to adults. Here, a child waits to get a different vaccine in this file photo from 2020. (File photo by Delia Johnson/Cronkite News)

WASHINGTON – Scottsdale dad Andy Greenberg was “absolutely thrilled” after federal officials said this month that kids as young as 6 months could be vaccinated against COVID-19.

“We have been just patiently waiting and following the news very closely,” said Greenberg, the father of a 3-year-old girl and a 3-month-old. “As soon as they were approved, we scheduled an appointment.”

But experts say Greenberg is not typical. Ten days after the Food and Drug Administration gave an emergency OK to shots for tots, health experts in Arizona say the response among parents has been tepid.

That was confirmed Wednesday when the state health department reported that 4,891 children between 6 months and five years had been vaccinated – just 1.25% of the roughly 390,000 Arizona children in that age group.

“Demand is down, we aren’t seeing long lines or phones off the hook for this vaccination round,” said Dr. Andrew Carroll, a family practitioner who believes he is “one of the few offices” in the Valley vaccinating children for COVID-19.

And for parents who do want to vaccinate their kids, finding the vaccine can be a challenge.

Greenberg said he and his wife, Jessica, had to call around to several drugstores after learning that their own pediatrician did not have the vaccine. But once they found a pediatrician in Ahwatukee with the vaccine, they were able to get their daughter Wren in immediately.

Experts blame the slow start on a combination of factors, from parents’ hesitancy to supply problems to paperwork hassles that can make it hard for providers to get the vaccine in the first place. 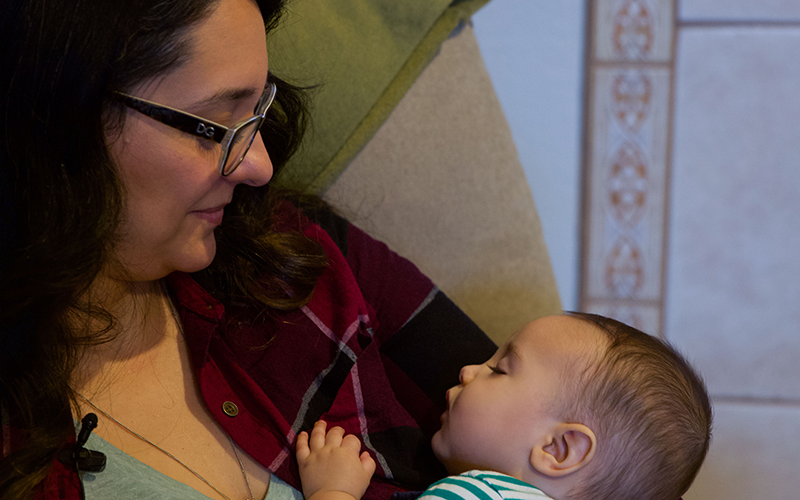 Will Humble, executive director of the Arizona Public Health Association, said a lot of family care providers and pediatricians just do not want to deal with the hassle of ordering the vaccine. In order for a doctor to get the vaccine, he said, “You must be on-boarded by the state, and that is a bunch of red tape.”

He said providers who want to be “on-boarded” by the Arizona Department of Health Services must prove they have a freezer that can keep vaccines at the required temperature, among other requirements.

“All of this is over and above what clinicians have to do for any other vaccine,” Humble said.

More than 220 million Americans have been fully vaccinated, and 100 million of them have received at least one booster shot, the White House said earlier this month. But until last week, the Pfizer-BioNTech vaccine had only been available to those ages 5 and above.

That changed on June 17, when the FDA gave emergency use authorization for both the Pfizer and the Moderna vaccines to be administered to those as young as 6 months.

The Biden administration said it planned to begin shipping millions of doses of vaccine to doctors’ offices, hospitals and pharmacies, making it possible for parents to schedule vaccinations “with appointments ramping up over the coming days and weeks.”

Dr. Wassim Ballan, infectious diseases specialist at Phoenix Children’s Hospital, said there is no way of knowing at this point what demand will be in Arizona.

“In the next two weeks to a month or so, we will have a better picture about the appetite for that vaccine,” Ballan said.

But he said the need to get kids vaccinated is real. While he mainly deals with sick children, Ballan said any kid can get a severe disease from COVID-19. 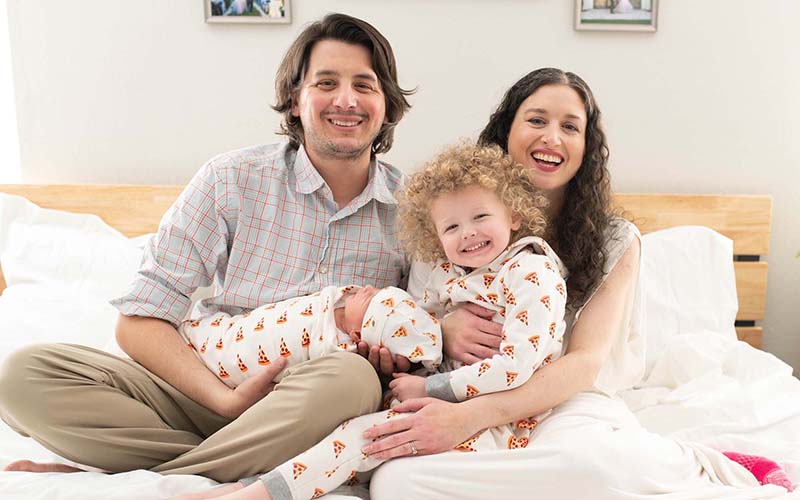 Andy and Jessica Greenberg with their 3-year-old, Wren, who got the COVID-19 vaccine as soon as it was available for children. The Greenbergs say the baby, now 3 months old, will be vaccinated at 6 months, the earliest possible age. (Photo courtesy Andy Greenberg)

“The pandemic is not over, we are still seeing new variants coming up,” he said. “We are seeing repeat infections actually.”

Pamela Trujillo, center director for Downtown Phoenix KinderCare, said the new availability has not changed much for her day care center, which will not mandate the vaccine. For now, she said, it’s going to be “business as usual.”

“We very much leave it up to parents, we don’t push or anything like that,” she said.

Many parents are hesitant to take the leap and vaccinate, at least for now. Humble attributes a lot of this hesitancy to the “politics of the pandemic” and the “bad information” that came with it, as well as the fact this vaccine has so far only won emergency use authorization.

“There are parents that have a lot of confidence in approved vaccines but that don’t have that same level of confidence with ones that are just authorized for emergency use,” Humble said.

That does not include the Greenbergs.

Wren had a sore arm and a slight temperature for a day after getting her shot, Andy Greenberg said, and they plan to set up a vaccination appointment for their other child, now 3 months old, as soon as that one hits 6 months.