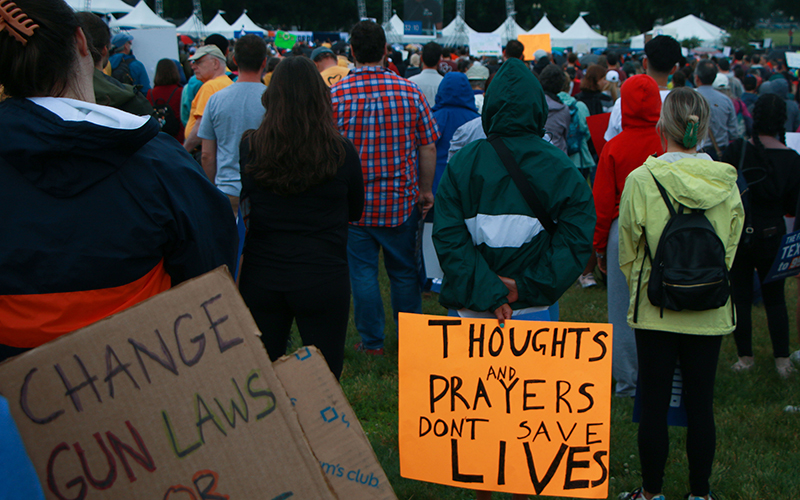 The March for Our Lives rally drew thousands to Washington, one of several cities across the U.S. -including Phoenix and Tucson – where protesters gathered Saturday to demand action on gun reform laws. (Photo by Neetish Basnet/Cronkite News) 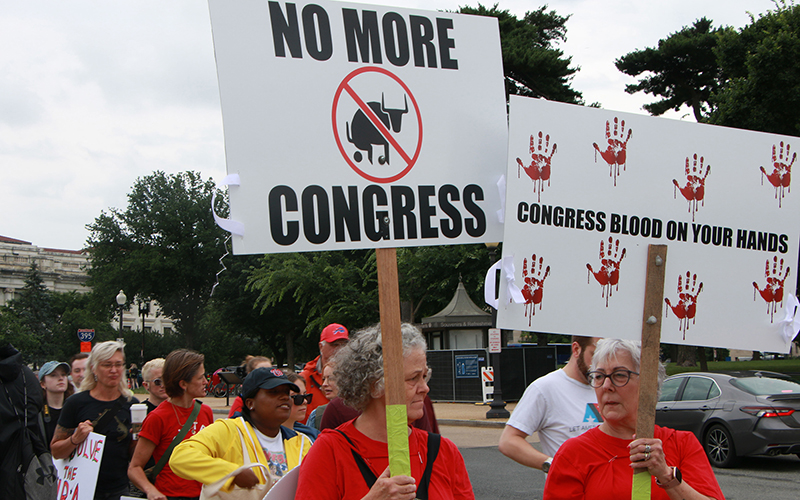 Protesters at the March for Our Lives rally Saturday in Washington, where gun-control advocates hoped to pressure Congress to act in the wake of the latest mass shootings in Texas and New York. (Photo by Neetish Basnet/Cronkite News)

WASHINGTON – Arizona’s senators were part of bipartisan group that unveiled a compromise gun-reform proposal which is weaker than just-passed House legislation but might have the votes needed to get past a Senate filibuster.

The senators offered only a framework for their plan – details of the package will not be available until an actual bill is released. But both gun-rights and gun-reform groups said that, based on what they have seen so far, they can live with the proposal even if it is not everything they wanted.

“I’m disappointed that it’s this much, but it’s more than we’ve had in over 26 years,” said Patricia Maisch, a Tucson resident and member of Moms Demand Action’s survivor network. “So I’m not willing to say it’s not significant. I think it’s significant, if not what we ultimately want.”

And with 10 Republican senators on board, the bill appears to have enough votes to get past a filibuster in the evenly divided Senate, which requires 60 votes to stop debate and move to a vote.

“Our plan saves lives while also protecting the constitutional rights of law-abiding Americans,” the senators said in a statement Sunday. “We look forward to earning broad, bipartisan support and passing our commonsense proposal into law.” 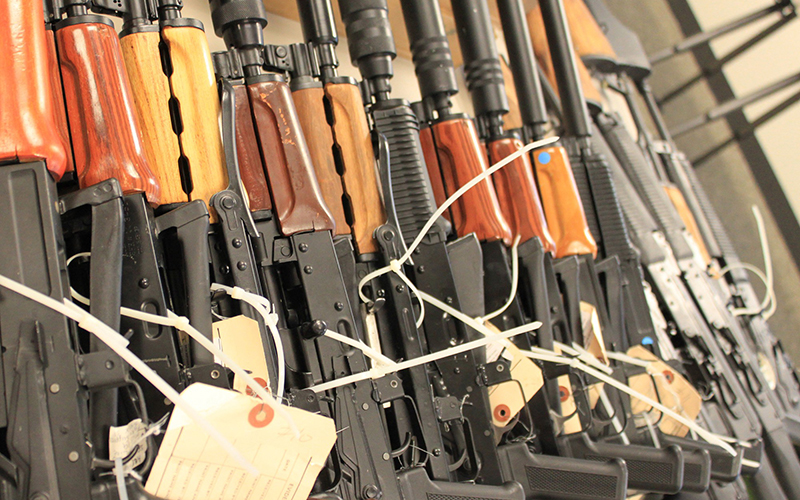 Many Democrats were like President Joe Biden, who urged lawmakers to get the Senate legislation to his desk, even if “it does not do everything I think is needed.”

“It reflects important steps in the right direction, and would be the most significant gun safety legislation to pass Congress in decades,” he said in a statement released by the White House.

The senators’ plan was unveiled just days after the House passed and sent to the Senate a pair of bills it rushed through in the days following mass shootings at a Buffalo, New York, grocery that killed 10 and at a Uvalde, Texas, elementary school that killed 19 students and two teachers.

One bill would raise the minimum age to buy a semiautomatic weapon from 18 to 21, toughen regulations against “ghost guns” and gun trafficking, and limit large-capacity magazines. Another would create a national “red flag” law, which allow courts to order the confiscation of firearms from individuals deemed a danger to themselves or others.

CORRECTION: An earlier version of this story incorrectly attributed a quote in grafs 17 and 18. The story has been corrected, but clients who used earlier versions are asked to post the correction found here.

Instead of a national red-flag law, the Senate bill would award grants to help states implement their own such laws. The Senate would not raise the age for some gun purchases, but would call for enhanced background checks for gun buyers under age 21, and it would expand the definition of domestic violence – a factor considered in the National Instant Criminal Background Check system – to include violence against unmarried partners.

The proposal also calls for increased funding for mental health clinics and safety programs in schools, as well as expanding federal licensing requirements for firearms dealers.

Mark Oliva, managing director of public affairs at the National Shooting Sports Foundation, was pleased that the Senate proposal does not include age limits on gun buyers bans or bans on certain classes of firearms. But he said he is concerned on how lawmakers tackle the issue of red-flag laws and domestic violence language.

“Due process considerations must be absolutely protected,” Oliva said of any red-flag proposals. “You have to have the ability to get in front of the judge to rebut any evidence and rebut any witnesses against you.” 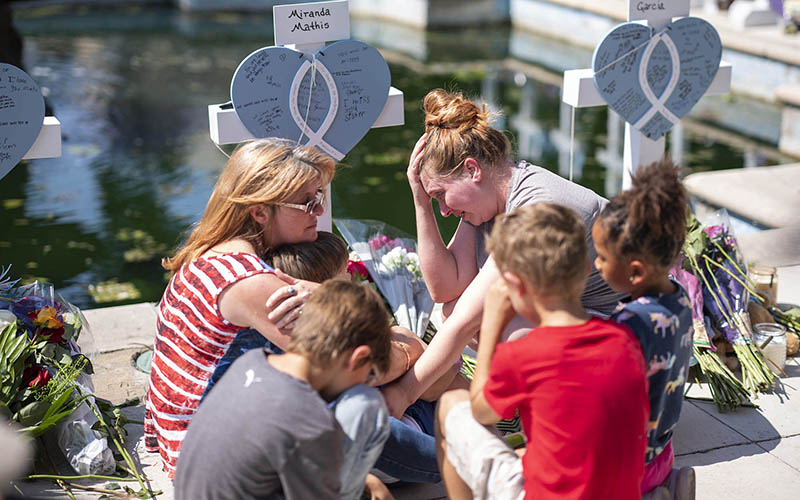 Oliva said what he has seen of the Senate plan so far is preferable to the House bill, which he called a Democratic effort to regulate guns and a misguided attack on “guarantees the Constitution granted to you by your Creator.”

Rep. Ruben Gallego, D-Phoenix, said Monday that Democrats “won’t walk away from delivering for the American people on gun safety.” But he called the Senate compromise a step in the direction, even if it’s not everything he wants.

“While the House passed a more robust gun safety package last week, I do not want perfect to be the enemy of good, here,” Gallego said in a statement.

The announcement came one day after thousands gathered at March For Our Lives rallies across the country – including in Phoenix, Tucson and Washington, D.C. – to urge lawmakers to take action on gun safety.

“We are convinced that we are on the right side of the justice for individuals that are murdered, and for those in mass shootings,” said Maisch, who was in Washington to lobby lawmakers last week.

While they welcomed the framework, gun-safety proponents said more needs to be done and they will keep fighting.

“We have to stay outraged,” said Carol Gaxiola, a senior fellow with Everytown Survivor Network. “Thoughts and prayers are wonderful, but they’re not working. And we need action.”