PHOENIX – More than half of Latinos in Arizona are eligible to vote, constituting almost 24% of the state’s voting population. And with the 2022 midterm elections fast approaching, the left and right alike are courting the Latino vote.

In response, the Arizona nonprofit Chicanos Por La Causa, Mi Familia Vota and Promise Arizona have launched a $10 million initiative to encourage the more than 2 million Latinos who call Arizona home to make their voices heard regardless of party affiliation. The campaign launched in April with money coming from the Chicanos Por La Causa Action Fund.
“Latino issues will be heard and Latino issues will be addressed,” said Joe Garcia, the fund’s executive director.

A survey conducted by the Pew Research Center in 2020 found that Latino voters identified such issues as the economy, health care and the COVID-19 pandemic as “very important” to their vote in that year’s presidential election.

Compared with their white, non-Hispanic counterparts, Hispanic and Latino men and women were unemployed at higher rates even after that election, according to the U.S. Bureau of Labor Statistics. Those who identify as Hispanic or Latino also are at nearly three times greater risk of dying from COVID-19 compared with white, non-Hispanic residents, according to recent data from the Centers for Disease Control and Prevention.

Some political analysts say the Latino vote in Arizona played a major role in swinging the presidential vote to Joe Biden in 2020. A report from the UCLA Latino Policy and Politics Initiative found that in 2020, nationwide the growth in Latino votes cast nearly doubled compared with the 2016 presidential election.

Long-term grassroots organizing by Mi Familia Vota and other groups was credited for the rise in Latinos voting.

“I’m actually calling it ‘Operation: Brown Wall,’” said David Adame, president and CEO of Chicanos Por La Causa. “It’s to make sure that we understand that our community needs to be united, like a strong wall, and work together to make sure that we have a voice in all elections.”

Mi Familia Vota’s Arizona state director, Carolina Rodriguez-Greer, said the organization is proud to be part of the voter campaign.

“We look forward to working with our fellow community members to register Latino voters and to fight for our community’s ability to vote and not just in this November, but in every election to come,” Rodriguez-Greer said.

The campaign’s focus is to engage existing voters and register new ones. Getting involved with and listening to younger Latino voters who face different obstacles to voting will be key, according to Alberto Olivas, who directs Arizona State University’s Pastor Center for Politics and Public Service.

“Young voters overwhelmingly vote early and vote by mail,” Olivas said. “That is critical because we continue to see legislative efforts to restrict or entirely eliminate early voting and mail ballot voting. We can debate whether or not that’s intentional, but the fact is, efforts to restrict or eliminate early voting directly affect the turnout rates of young voters, minority voters, rural voters (and) early voters.”

Arizona lawmakers have considered several election-related bills this session, including a Senate bill that would end no-excuse early voting in Arizona – which would restrict the way the majority of Arizonans cast their ballots. In 2020, about 89% of voters cast early ballots.

Olivas said just encouraging younger voters to get to the polls isn’t enough.

“It’s not sufficient to just wave our fingers and say, ‘You’re supposed to vote, tu vota es tu voz,’” Olivas said. “That doesn’t change behavior. Talking about the issues and the content is.”

Olivas said having these kinds of conversations is especially important for Latino voters.

“In our community, oftentimes we stay away from talking about la politica,” he said. “It’s not viewed as proper (or) appropriate for family discussion.”

Creating a culture with a different outlook on such conversations, Olivas said, could encourage more people to run for office and increase voter turnout in the long term. 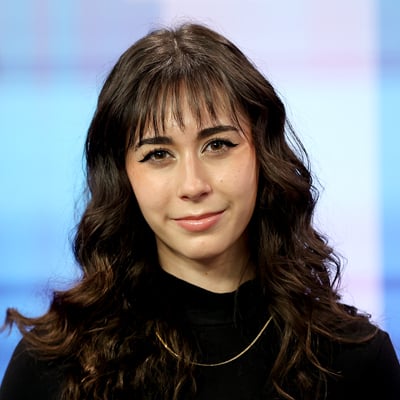 Kirsten Dorman expects to graduate in December 2022 with a bachelor’s degree in journalism and mass communcations. Dorman, who is the production director at Blaze Radio and a podcast reporter for The State Press, is working for Phoenix news bureau. 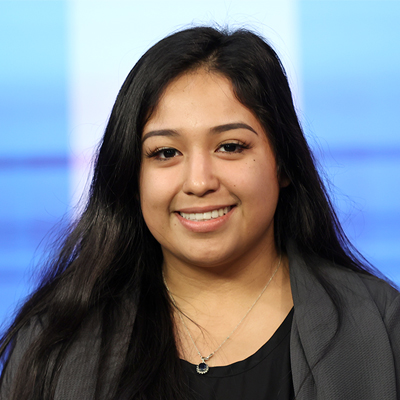 Lizbet Flores expects to graduate in December 2022 with a bachelor’s degree in journalism and mass communications and a minor in business studies. Flores, who has reported for The State Press, is working for the Phoenix news bureau.