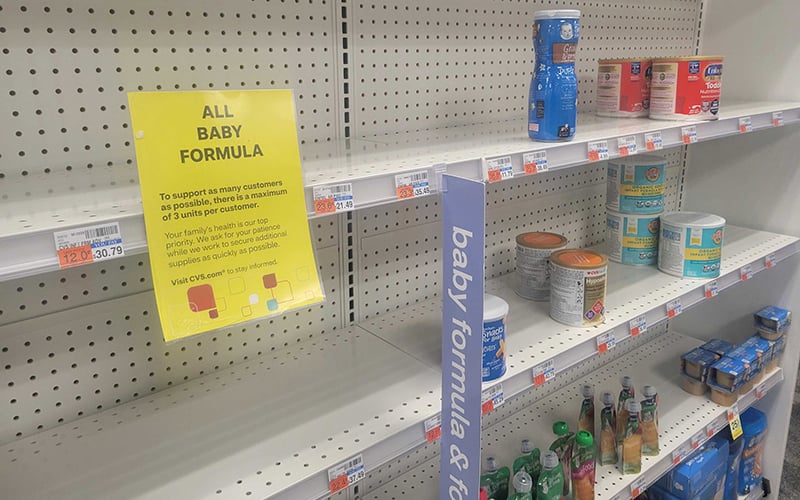 Scenes like this one last week in Washington are greeting parents across the country as they search for infant formula in the midst of a national shortage. Most stores have limited purchases, when they can get formula to sell. (Photo by Tracy Abiaka/Cronkite News) 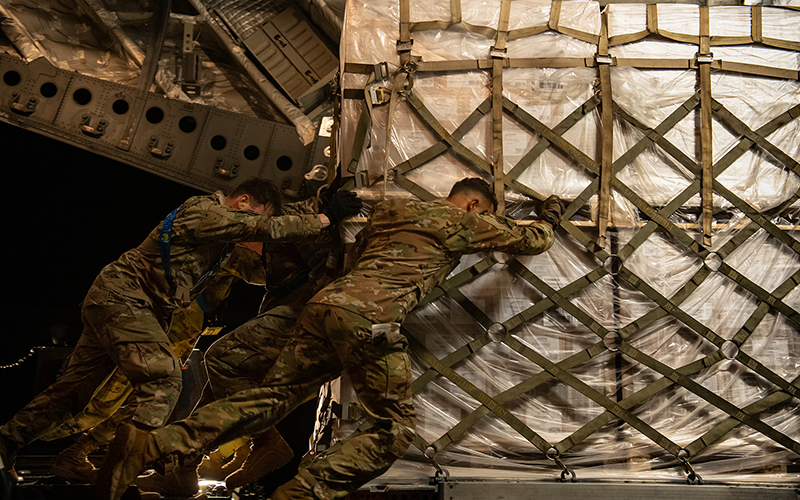 Air Force airmen load infant formula onto a cargo plane at Ramstein Air Base in Germany on May 22 as part of Operation Fly Formula. Arizona moms welcomed the action, but wondered why the government took so long to respond. (Photo by Airman 1st Class Jared Lovett/U.S. Air Force)

WASHINGTON – Candice Tanner already had a full-time job before she added another one recently – scouting for baby formula.

“I worked 50 plus hours a week, and then any time I wasn’t at work, I was literally driving hundred of miles to find baby formula,” said the Phoenix grandmother who has been helping find formula for her 9-month-old granddaughter, Gabriela. “I would drive to Mesa all the way to Surprise to find nothing at all.”

She is one of many Arizonans scrambling to find formula after a recall by a major manufacturer in February sent supplies tumbling. One data analysis firm estimated that formula stocks in early May were 43% lower than normal.

“We were stressing out,” said San Tan Valley resident Sandramaria Hicks, who needs a specific formula for her 10-month-old son, Wesley, who has milk allergies. “We went everywhere, even 50 miles out, and we couldn’t find anything.” 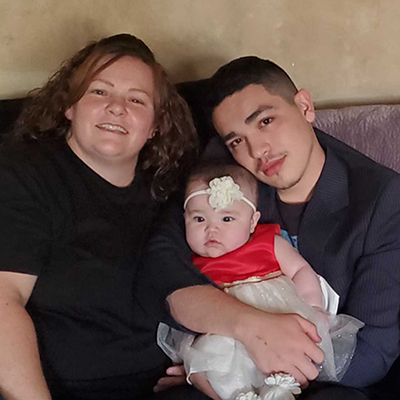 That has led to store-imposed limits on purchases, long drives and frantic internet searches by frazzled parents, who have turned to each other on Facebook to make up for what they see as a lack of government action.

The federal government started taking steps in recent weeks to ease the shortage and while parents welcome the effort, they wonder what took so long.

“I know it’s been a while since this has been going on,” said Kalia Johnston, a Mesa mom. “I’m hoping that it will get better. But for the time being, I didn’t think they were doing the best they could do.”

President Joe Biden this month invoked the Defense Production Act, authorizing the use of Pentagon-contracted aircraft to speed the import of formula from Europe. The first shipment of 78,000 pounds of formula was delivered under Operation Fly Formula to Indiana last Sunday.

The House on May 18 passed an emergency funding bill that sends an additional $28 million to the Food and Drug Administration to “increase the number of FDA inspection staff, provide resources for personnel working on formula issues,” among other goals. The Senate has yet to act on the bill.

Tanner said the government response was “long overdue and it took them way too long to make it a priority. These are babies, this is our future.”

In the meantime, she and other exhausted and struggling parents have turned to each other for help. 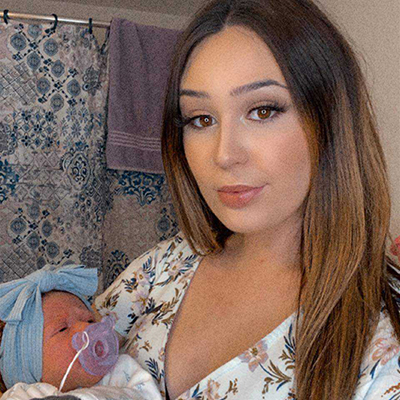 Tanner created “AZ moms of formula shortage” on Facebook, where parents can tell each other which stores have stock and can exchange or give away unneeded formula. The group has grown to over 2,700 members since it was created in late March.

After she made a Facebook plea for help finding formula, Hicks said her cousin connected her to another Facebook group, Arizona East Valley Formula. She called the group extremely helpful and has even attracted people without infants who just want to help members find formula.

Johnston, who also belongs to that group, said she has driven to as many as 16 groceries and only came away with four cans of formula. She said she spends her week constantly looking for new shipments of formula for her 3-month-old daughter, Amber.

Formula manufacturers had already cut production of baby formula last year when sales slowed after people started going through the formula they stockpiled during the pandemic. That created the conditions for a shortage in February when Abbott Nutrition, a division of Abbott Laboratories, announced its recall.

Abbott, one of the four major U.S. baby formula producers, voluntarily recalled three types of its formula – Similac, Alimentum and EleCare – and closed the Sturgis, Michigan, plant where they were produced. The recall and shutdown followed four complaints of bacterial infection in infants who consumed the formulas, one of whom later died, and after it found evidence of the bacteria at the plant.

Stores have had to place limits on formula purchases as they struggle to satisfy demand. Monica Prinzing, a representative for CVS Health, said in a statement that CVS stores “currently have a limit of three baby formula products per purchase in our stores and online.” 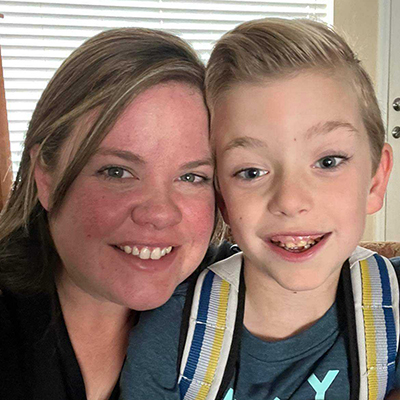 “We’re continuing to work with our baby formula vendors to address this issue and we regret any inconvenience this causes our customers,” Prinzing’s statement said.

Lack of formula has led to offers on internet markets, often at marked-up prices, while others are trying to sell sample formulas, which are normally free. There’s some unease about the safety of the formula sold outside of stores, but some mothers have gotten desperate.

Apparent price gouging led officials in New Jersey and New York City to declare states of emergency on baby formula to prevent it.

Parents also face the problem of finding the right formula for their babies. Not all children can use the same formula, and some need additional nutrients that breastmilk cannot fully provide. Whether it’s needed for a specific allergy, a dietary restriction or medical condition, if parents cannot find “their” formula they have to find an alternative – creating a baby-formula ripple effect that further strains the supply chain.

Mesa resident Judie Boss was already grappling with a shortage of the specialized formula needed for her 6-year-old son, Cole, who is medically complex and on feeding tubes. She said her son’s doctor approved switching formulas, even though the doctor was nervous about it, but there was no choice.

“We switched to a compatible formula, he was on it for maybe four days and they ran out of that because the whole country switched to that, then we ran through having to change (formula) again which changed again,” she said. 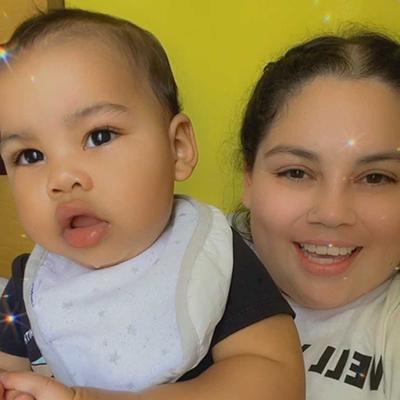 Each formula change came with new side effects for Cole and increased medication to deal with them. Boss said she’s “stuck with all these formulas that are not working for him, but there’s nothing that we can do about it.”

In the meantime, help is coming. Slowly.

A second shipment of 120,000 pounds of formula under Operation Fly Formula was greeted Wednesday at Dulles International Airport in Virginia by first lady Jill Biden. But to vexed parents like Hicks, it comes too little too late.

“It’s not been overnight, it’s been a steady decline,” she said of the shortage. But she, like the other mothers, is just “glad they’re finally doing something about it.”