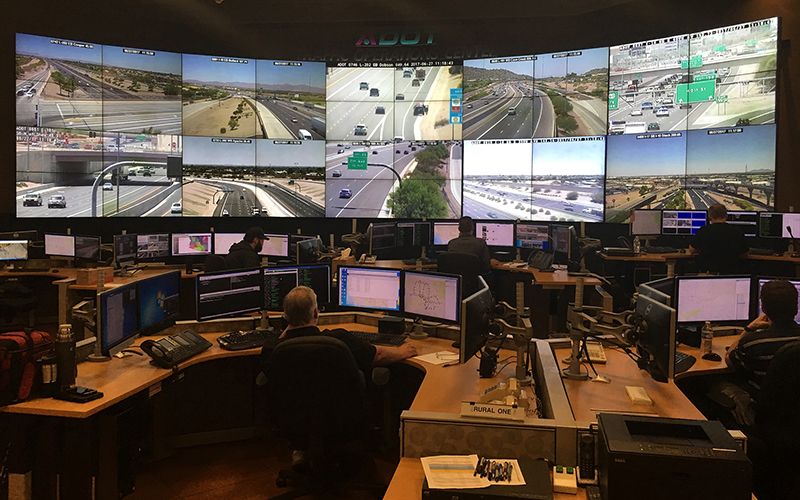 Traffic fatalities in Arizona last year rose to the highest level since 2016, but the state’s 6.5% increase from 2020 was still well below the 10.5% rise nationally during the same period. Here, the Arizona Department of Transportation Traffic Operation Center monitors traffic throughout the state in this 2017 file photo. (File photo by Tyler Fingert/Cronkite News)

WASHINGTON – Arizona traffic fatalities hit their highest level in 15 years in 2021, when the state saw a 6.5% increase in highway deaths that experts blame in part on bad driving habits made worse during the pandemic.

The 1,212 deaths on state roads last year were the most since 2006 and the latest in a steady increase since 2010, when deaths in Arizona bottomed out at 759.

“We have had more fatalities because there are more people driving faster, speed is a major, major factor” that only got worse during the pandemic, said Alberto Gutier, executive director of the Arizona Governor’s Office of Highway Safety. “People are not following the rules of the road and putting themselves and others in danger.”

Despite the “tragic and sad” rise, however, Arizona was still well below the U.S. increase of 10.5% for 2021, and its final numbers were sharp slowdown from earlier in the year, when highway deaths in the state were increasing at a pace of more than 18%.

Nationwide, 42,915 people died on the highway 2021, an average of over 117 people a day, according to the latest data from the National Highway Traffic Safety Administration. That was the most in the U.S. in 16 years.

David Harkey, the president of the Insurance Institute for Highway Safety, said he was “disappointed, but not surprised” by the numbers. 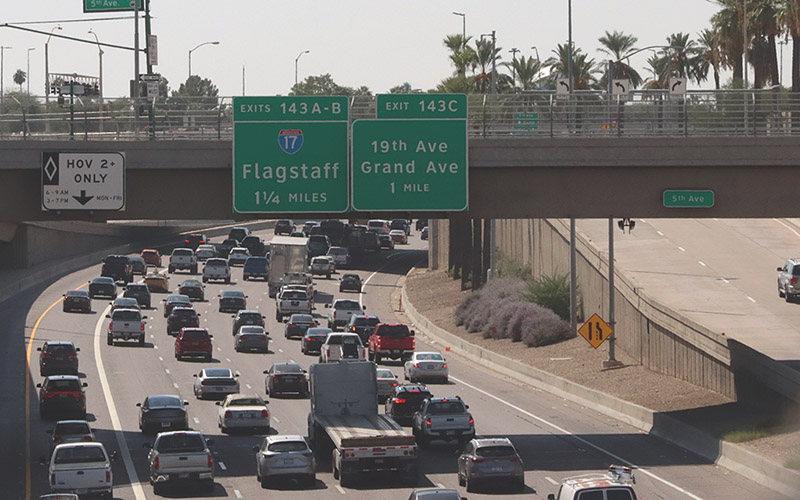 He said bad driving behaviors that were aggravated by the pandemic in 2020 are still affecting the traffic fatalities in 2021. With roads emptied of traffic by the pandemic, he said, drivers got away from normal, safe driving habits, which led to increased fatal crashes involving alcohol and fewer seat belts being worn.

“We’re just trying to get back to normal,” Harkey said, as cars return to the highways. “Whatever the new normal is going to look like, but … those behaviors have not corrected themselves at this point.”

That was true nationally, where alcohol-related crashes reported by police rose 5% in 2021, which followed a 14% increase the year before.

Still, said Terri Bowen, the development officer for Mothers Against Drunk Driving Arizona, the increases are “tragic and sad.”

“I think it shows that we need to continue to do what we are doing,” she said. “Increase our reach, increase our brand expansion and continue to get in with our underage drinking program in advance.”

Joe Sullivan, manager of victim services for MADD Arizona, attributed the decline in Arizona deaths toward the end of the year to the state’s relatively strict drunken-driving laws. A first offense for driving under the influence in Arizona carries a minimum jail time of 10 days and a fine, while a second conviction has a 90-day minimum sentence.

Arizona was also one of the first states to adopt ignition interlock laws for drivers convicted of a DUI. The devices, which are connected to a car’s ignition system, require a breath test and will not allow the car to start if the driver’s blood-alcohol content exceeds the legal limit.

“I think measures like that (ignition interlock devices), as well as some others that we have taken, are proving to be effective against drunk driving,” Sullivan said.

Still, the problem of traffic fatalities has been increasing since before the pandemic, both in Arizona and the U.S. Nationally, highway deaths fell to 32,479 in 2011 but have climbed almost 32% since then. In Arizona, the rise has been even sharper, growing more than 46% in the same period.

“That’s horrific,” Harkey said. “We’ve been in this epidemic of traffic fatalities for a very long time.”

In releasing the new data, NHTSA pointed to new programs under last year’s Bipartisan Infrastructure Law that it said will improve highway safety. The program invests $6 billion over the next five years to reduce crashes and fatalities in local communities through the Safe Street and Roads for All program, which opened its first round of applications this week.

The U.S. Department of Transportation said Arizona is expected to get about $5.3 billion over five years to fund highways and bridges, and another $36 million for highway safety and traffic programs.

The infrastructure bill also includes programs to decrease drunken driving through technology that could include monitoring systems outside or inside a vehicle, as well as alcohol detection systems. MADD advocated for this legislation.

“It’s going to do wonders,” Sullivan said. “Essentially it would eliminate the ability for someone to drive drunk.”

But Harkey said it will take a widespread effort for the nation to break the rising trend of traffic fatalities.

“The real key here is that it takes partnerships,” Harkey said. “It takes engineers, the law enforcement community, the policy makers and legislators, the judiciary, public health professionals. Everybody has to be on board, everybody has a role to play.”