WASHINGTON – Arizona is in the midst of a surge in Alzheimer’s patients that is rising at the fastest rate in the nation, a crisis that advocates fear the state is not prepared to cope with.

The Alzheimer’s Association estimates that cases in Arizona will increase from 150,000 in 2020 to 200,000 by 2025, a 33% increase that would be the fastest in the nation over that five-year period. But advocates say there are not enough resources to handle the cases the state has now, much less the extra 50,000 that could be coming.

That was echoed by Kinsey McManus, program director for the Desert Southwest Chapter of the Alzheimer’s Association, who said the state needs to prepare now for a “public health crisis” that will only become more pressing.

“We are certainly not in a good place with the amount of growth that we expect, and therefore need to prepare for and accommodate,” McManus said.

Arizona is just the leading edge of a national surge, with all but three states expected to see double-digit percentage increases in their Alzheimer’s cases from 2020 to 2025, according to the association’s report. 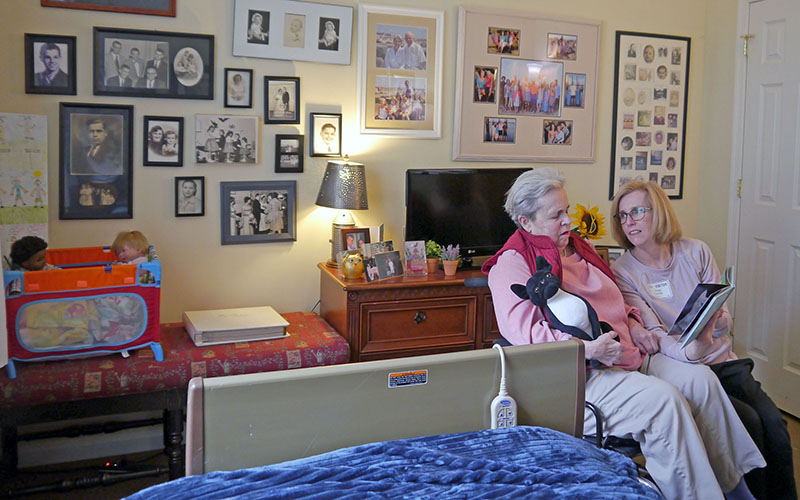 Fading inside: One family's battle with Alzheimer's amid the pandemic

The increase comes even though advances in treatment of risk factors, like hypertension, have led to reductions in the number of Alzheimer’s cases per 100,000 people in recent decades. That’s for the simple reason that the number of people reaching prime Alzheimer’s age is booming.

“Throughout the U.S., people are aging, the baby boomer generation is turning 75, and so the age-related changes or increase in Alzheimer’s disease are reflected in that,” said Dr. Pallavi Joshi, a geriatric psychiatrist at the Banner Alzheimer’s Institute.

The “silver tsunami” of baby boomers is a particular problem in Arizona, where the population includes many retirees.

“We are really transitioning to become a retirement state in the same way that California and Florida are,” McManus said.

Joshi said the state needs to “face the fact that we may not have enough physicians and nurses and providers to meet that demand.”

Arizona only had 92 geriatricians – doctors who deal with issues of aging – in 2021, which experts said is not enough to handle the current caseload. And McManus said many of these specialists live in urban areas, which creates issues for rural communities.

“Where are those doctors? They’re mostly in our major urban areas,” McManus said. “So if you’re in a rural community, your access to a current provider is very limited.”

Joshi said there are not currently enough caregivers in the pipeline to meet the growing need in Arizona. The Alzheimer’s Association report calls for a 27% increase in personal care or home health aides to keep pace with the growing need in Arizona. And it said that even if the number of geriatricians could be increased more than tenfold by 2050, to 1,089 doctors, that would only be enough to care for 30% of the people over age 65.

Along with increased demand comes increased costs. The report said Medicaid payments for those 65 and older living with Alzheimer’s or another form of dementia in Arizona is likely to rise from $414 million in 2020 to $545 million in 2025, part of a national increase over the same period from $51.2 billion to $61.6 billion.

That does not take into account the burden on family members caring for an Alzheimer’s patient. The report estimated that 257,000 Arizonans devoted 501 million hours to caring for a family member in 2021, unpaid care worth more than $9.5 billion. In Arizona, 15.4% of caregivers reported suffering from depression.

Joshi called it a “disease that affects the whole family.”

“As the disease progresses, the person who’s affected is less and less able to do things for themselves and they rely on their family members to help out,” she said. “This puts a strain on the family who may need to arrange for formal caregiving or increased medical costs.”

Ostrowski said the disease can be “tricky” for family members, caregivers and patients to comprehend.

“The saddest part for family members is really, that they are losing the memories, the common memories with this individual,” she said.

Aducanumab is promising for some Alzheimer's patients, but not all will get it

Alzheimer’s is a fatal form of dementia that typically affects older people, according to the Alzheimer’s Association. It causes memory loss, mood swings and can get to the point where a person can no longer perform daily tasks.

There are few treatments but Joshi said she thinks one of the most important things to do “is to educate families and providers to recognize these early signs, know that they are not normal and seek early diagnosis.” McManus agrees that the best thing for families to do is to be prepared.

“A big piece of why early detection and early diagnosis is so critically important is, it’s not just about what can we be doing now, but how do we plan for what is to be expected?” McManus said.

Ostrowski agreed and said that planning for both caregiving and for finances is crucial.

“Their first question should be, how do I plan for this? How do I prepare for what’s about to happen?” she said. “Because ultimately, everything that happens after that… if you have a way to reference a document that actually says, ‘Oh, when mom can’t speak anymore, it’s time for us to do this.'”

And Ostrowski said that while it can be a lonely time for everyone involved, it’s important for people to remember “you’re not alone.”

“There’s people out here to help and reach out,” she said.

–If you are looking for help for yourself or a family member who may have Alzheimer’s, you can reach out to the Alzheimer’s Association at 1-800-272-3900 or to Alzheimer’s Family Consulting’s website at alzheimersfamilyconsulting.com. 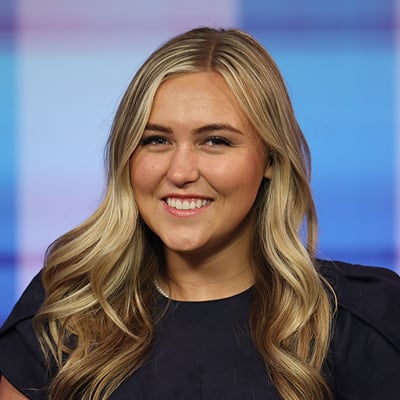