A federal appeals court said the family of a man who was shot 30 times by Mesa and Gilbert police cannot win their suit in the death, because had officers had “legitimate law enforcement objectives” when they shot the man who was armed and on drugs. (Photo by Tim Evanson/Creative Commons)

WASHINGTON – A federal appeals court said Monday that Mesa and Gilbert police cannot be sued for depriving surviving family members of their right to “familial association” with a man who officers shot 30 times in a 2016 confrontation.

A three-judge panel of the 9th U.S. Circuit Court of Appeals said that to win their 14th Amendment claim, Sergio Ochoa’s family members would have to show that the officers’ behavior “shocks the conscience.”

But the court said the family did not clear that bar. The police response was “consistent with legitimate law enforcement objectives” for officers who had to make split-second decisions in a dangerous situation, said the opinion by Circuit Judge Consuelo M. Callahan.

“The record does not show that the officers acted with a purpose to harm unrelated to a legitimate law enforcement objective,” Callahan wrote. “The officers took steps to ensure that a fleeing, armed, and noncompliant suspect would not further endanger the officers, the home’s inhabitants, and the public.”

Neither attorneys for the Ochoa family nor the cities could be reached for comment Monday. Mesa Police Sgt. Chuck Trapani said the department welcomes Monday’s ruling, but declined further comment because the case is still pending.

The case began on March 3, 2016, when Mesa police received a call from a woman who said she was Ochoa’s ex-girlfriend. She said they had had a fight in which a handgun was involved before Ochoa, who she said used heroin and methamphetamines, drove away while under the influence of drugs. 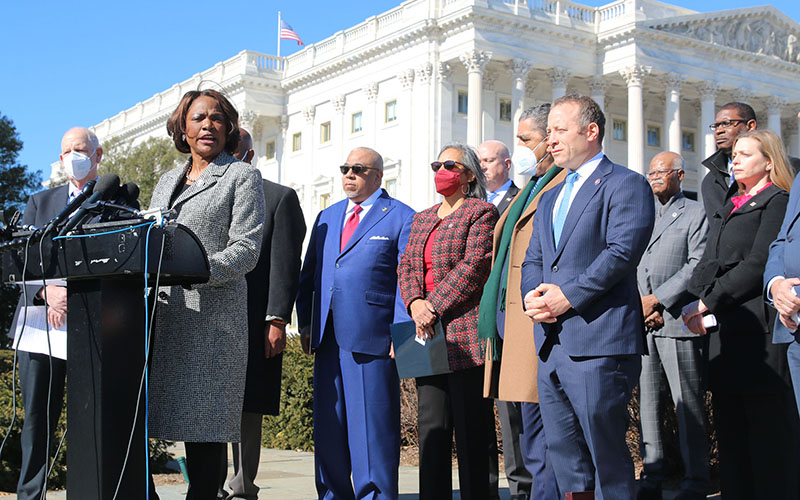 A few minutes later, dispatchers in Mesa received a second call from someone who said a man broke into his house armed with knives before fleeing in a car that matched the description given by Ochoa’s ex-girlfriend. Officers pursuing Ochoa, who was driving erratically, tried to pull him over but he refused to stop.

A helicopter picked up the chase and told officers on ground that Ochoa had abandoned his car near the border of Mesa and Gilbert and ran into a nearby house. When officers arrived, a man inside shouted to police that Ochoa was there and armed. The man, who had locked himself in a second-floor bedroom with his children, began bringing the children out to the roof through the window.

Police who approached the house saw Ochoa on the first floor yelling at someone in a back room. Afraid that a hostage situation could develop, police decided to burst into the house and another officer went around to the backyard.

Officers cornered Ochoa, who was holding two knives, in the backyard. After he refused repeated commands to drop the knives, one officer fired a beanbag shot at about the same time that another officer released a dog on Ochoa, according to the court.

Ochoa reportedly took a “large step sideways” – the family insists that he was stepping away from the officers – at which point the officers “fired about 30 shots,” killing him at the scene.

Bodycam footage showed the whole episode took about 16 seconds from when police entered the house to when they opened fire, according to the opinion.

Ochoa’s mother and children filed suit in March 2018, but a federal district court judge rejected their 14th Amendment claim. It sent a separate wrongful death claim back to state court for consideration.

That ruling was upheld on appeal, with the circuit court finding that the district court correctly applied a test that required the family to show that the officers had acted with a “purpose to harm.”

“Because the officers here did not have time to deliberate before firing, the district court correctly applied the purpose-to-harm test to determine if the officers’ conduct shocks the conscience,” Callahan wrote. “The officers’ actions instead reflect their attempts to satisfy legitimate law enforcement objectives: apprehension of an armed, dangerous suspect and protection of the safety of the officers, the home’s inhabitants, and the public.”