After Elizabeth Morgan’s son was diagnosed with autism, she struggled to find information specifically for Black families. Today, Morgan advocates for other families of color confronting autism. (File photo by Mindy Riesenberg/Cronkite News)

PHOENIX – As a school administrator and teacher for years, Elizabeth Morgan long advocated for students with developmental disabilities.

Then when her son, Eli, was diagnosed with autism at age 2½, she sought out research about families like hers – “specifically, Black families who had children on the autism spectrum” – but she came up short.

The available studies focused on patients who were “largely white, largely affluent,” Morgan said. “And then when we talk about the families … our voices were erased from that, too.”

The experience inspired her to obtain a doctorate in early childhood intervention with a focus on underrepresented groups. Today, she works to raise awareness about disparities in the diagnosis and treatment of children with developmental disabilities, championing kids like Eli.

“If we really want to support the inclusion of all children and all families, then we need to work to take those barriers down,” said Morgan, program coordinator for the Center for Excellence in Developmental Disabilities at the University of California, Davis.

This month, Morgan joined Benita Shaw, another mother of a son who is Black and autistic, at the African American Conference on Disability, hosted by the Arizona Center for Disability Law and the Arizona Center for African American Resources. The two spoke about their experiences and offered guidance to other families of color about getting the support and services they need.

About 1 in 6 children ages 3 to 17 in the U.S., or 17%, have one or more developmental disabilities, according to the Centers for Disease Control and Prevention. Those include autism (which affects 1 in 44 children), cerebral palsy, attention deficit hyperactivity disorder and others.

Although past studies showed that white children were more likely to get a diagnosis of autism than Black or Hispanic children, that gap has narrowed, according to a 2021 report funded by the CDC. But other research shows that children of color and those from low-income families still have less access to care and services for autism, and families of color report a lower quality of care. 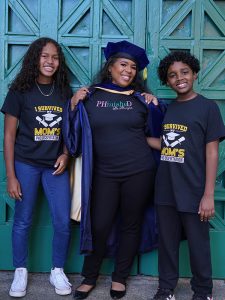 David Mandell, associate director of the Center for Autism Research at Children’s Hospital of Philadelphia, blames several factors, including the “unconscious racism of the clinicians who are seeing these kids.”

Even today, Black children often are diagnosed later than other kids. Although autism can be diagnosed at 18 months or younger, a 2020 study by Washington University School of Medicine in St. Louis found the average Black child does not receive a diagnosis until age 5½, despite parents raising concerns with doctors.

That later diagnosis may prevent children from getting the resources they need, as a diagnosis is the key to unlocking accommodations and services, said Elizabeth Drame, a professor at the University of Wisconsin-Milwaukee who trains special education teachers.

Like Mandell, Drame said the root of the issue is “clinicians and pediatricians who don’t perceive of autism being present in Black families” and instead diagnose a speech disorder or behavior problem.

“I think a major barrier for Black families and Black parents, in particular, is the negative perceptions that people have” of them, she said. “It’s such a non-concrete barrier, and it’s very easy for people not to see it.”

The experience can be confusing for parents who don’t know how to navigate the system and are struggling to find someone who will listen, Drame added.

Morgan has seen that confusion firsthand in her work at the Center for Excellence in Developmental Disabilities.

The center is one of 67 federally funded facilities at universities nationwide that serve as a resource for those with developmental disabilities. The UC Davis center provides multilingual training for parents, clinical services and other programs.

Racial bias and discrimination in health care is well-documented. One commonly cited study found that in 400 hospitals, Black patients with heart disease were given older and cheaper treatments than white patients.

These biases may be unconscious, but the consequences are just as negative, Morgan said.

“When people are silenced and they’re put off and there’s a history of that, they can recognize … when they are being treated in a certain way, specifically because it has something to do with their identity,” she said. “Whether or not their provider is intending that, it’s still being conveyed.”

In the Black community, such disparities have led to a hesitancy to seek medical attention, which can account for delayed diagnoses for a variety of conditions, including autism. 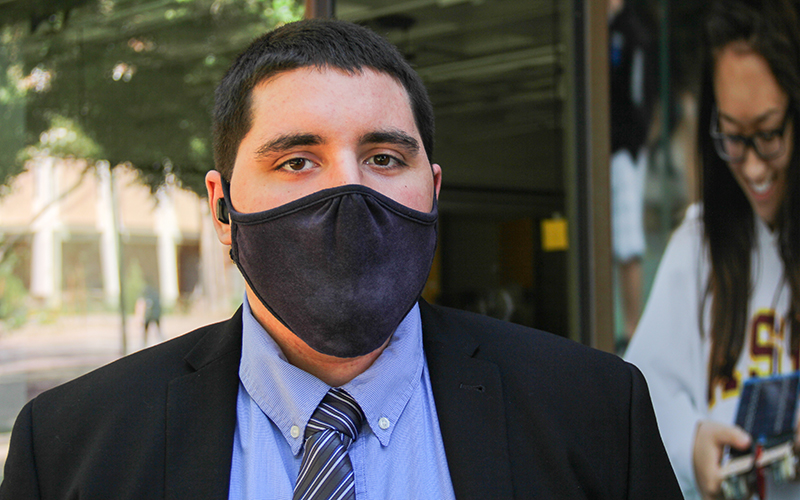 Support networks can help. At UC Davis, a group called Sankofa holds monthly support group meetings and training sessions for parents of Black children with autism and other developmental disabilities.

Drame said such groups have been a saving grace for many families.

“We found that they weren’t just emotional support networks. They were resource sharing networks, they were information sharing networks that families really benefited from,” she said. “They’re kind of like, ‘I don’t want to see another family struggle the way I had to struggle.’”

Morgan knows that her family was luckier than most. Financial stability allowed her to quit her job after Eli’s diagnosis and focus on him, while her experience as an educator gave her the know-how to navigate the school system to ensure he received the necessary support.

Eli is 13 now and, Morgan said, “has taught me so much about self-acceptance, about understanding and just really being comfortable in your own skin.”

“My son has an amazing sense of humor,” she continued. “He’s so funny … and he doesn’t even know it. He’s just naturally funny. So I try to make sure that we’re thinking about that when we’re planning his intervention and making sure that no matter what, he can keep his joy.”

Her advice to other parents going through what she’s been through: “Remember that you’re the expert of your child.”

“It really is very overwhelming, and it’s easy to kind of lose yourself,” Morgan said. “But with the right support and community, you’re going to make it through.” 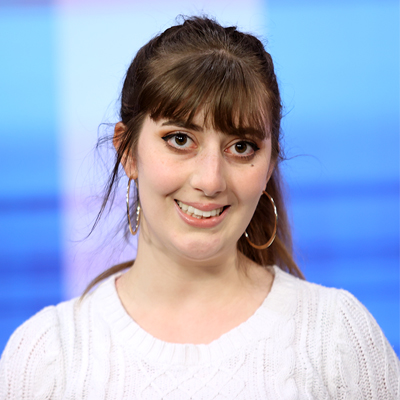 Haley Tenore expects to graduate in December 2022 with a bachelor’s degree in journalism and mass communication. Tenore, who is the opinion editor for The State Press, is working for the Phoenix news bureau.