Remote work has potential to boost employment for those with disabilities

PHOENIX – The pandemic has depressed employment all over the world, but for those living with a disability, employment challenges were a reality long before COVID-19.

The Centers for Disease Control and Prevention reports that 1 in 4 adults in the U.S. have some type of disability, and according to the Bureau of Labor Statistics, in 2020, only 17.9% of people with a disability were employed, down from 19.3% the previous year.

But the increase in remote work, prompted by office closures during the pandemic, has the potential to improve the employment rates for millions of people living with a disability. Tools for remote work, including Zoom, Slack and Google Docs, are designed to be accessible for all.

Jason Clement, who works remotely, is the vice president of the Aetna One Advocate program, but his professional and personal journey came with profound challenges.

“With my particular eye disorder, it’s degenerative, so it slowly gets progressively worse as you get older and older,” said Clement, who grew up in Arizona. 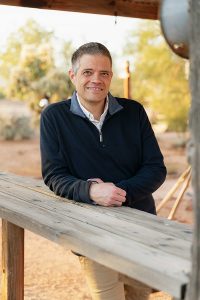 Jason Clement is vice president of the Aetna One Advocate program. Clement was born with retinitis pigmentosa, a rare genetic disorder where the retina gradually breaks down over many years. He only has 3% of his vision remaining. (Photo by Megan Newsham/Cronkite News)

He was born with retinitis pigmentosa, a rare genetic disorder in which the retina breaks down over the years. He began noticing his poor eyesight about the time he entered kindergarten.

“I grew up playing sports, I drove, I did all of those things, and then … as my vision got worse, I would find a sport that had a larger ball that I could see a bit better,” Clement said, joking.

While working on a degree in communication and business administration at Arizona State University, Clement married and started a family. He graduated in 1996, and by age 22, he no longer could drive because of his vision. But he got jobs at MCI Communications, Nike and now Aetna One, which is owned by CVS Health.

“I remember I used to work really hard to hide my disability, and people could always tell something was off, but they were never quite sure what was off,” Clement said. “I’d miss a handshake here, or I would get close to walking off stage if I was doing a presentation.”

He had to travel for work, which was difficult as he navigated airports and new destinations, but he learned to adapt.

With just 3% of his vision remaining, he’ll soon need a guide dog to get around. But he’s managed to stay positive, find success in work and navigate hardships.

However, this isn’t the case for many people living with disabilities who struggle to find professional opportunities willing to make accommodations. According to the U.N. Department of Economic and Social Affairs, the U.S. employment rate for graduates of four-year colleges is 89.9%. For college graduates with disabilities, that rate is just 50.6%.

April Reed, vice president of advocacy for Ability360, works with people to learn how to live with their disability and ultimately find work. Ability 360 is a Valley nonprofit with offices in Maricopa, Pima and Pinal counties that provides programs for people with disabilities to help them become more independent.

“Fifty-one percent of our staff and our board and our management are people with disabilities,” Reed said. “Disability is a natural part of life, and there isn’t a reason to feel ashamed. You have something to contribute, and your skills are needed in the workforce.”

The organization works with individuals on everyday tasks, such as how to wake up on time using an alarm clock, sending polite emails and ultimately figuring out what they want to do in life.

But Reed said the responsibility doesn’t solely lie with the individuals. Her goal is to educate the community, especially employers.

“They need to look at the person and their skills and understand that there is a lot an individual with a disability can bring to your workforce,” Reed said.

People with disabilities understand the value of work and the independence that comes with it more than most people, she said.

And Clement knows people with disabilities can get the job done just as proficiently, they just may go about doing it differently.

“I use speech readers that read what’s on my computer screen; I use the reader on my mobile phone,” he said.

“When I have asked for help from employers they have been more than willing to help.” 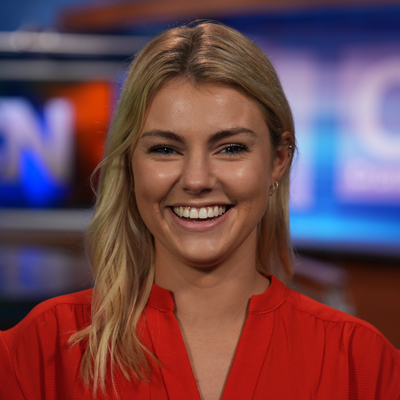 Megan Newsham expects to graduate in May 2022 with a bachelor’s degree in journalism and a certificate in civil communications. Newsham, who has interned for RightThisMinute in Phoenix, is working the Phoenix News Bureau.