Trap-Neuter-Return: The most humane way to save stray cats, veterinarians say 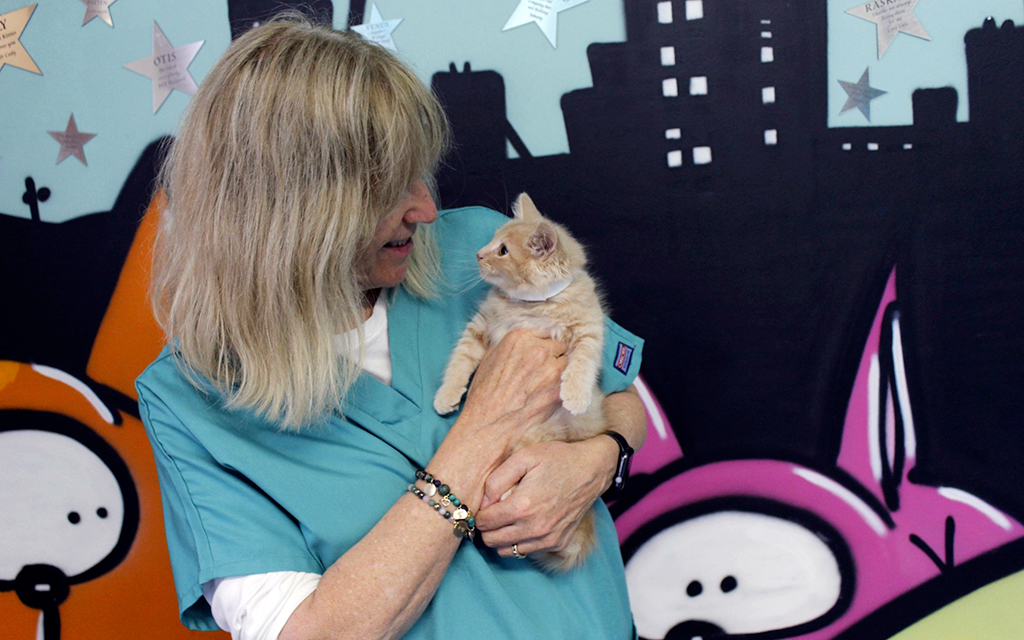 FixNation co-founder and executive director Karn Myers with a cat that’s been brought into the LA clinic for neutering. (Photo courtesy of Karn Myers)

LOS ANGELES – As winter fast approaches following a long kitten season, experts say the trap-neuter-return method has never been more important in protecting the livelihood of feral cats. Kitten season begins in early spring and runs through late fall, but this year many clinics that spay and neuter animals had to suspend their services during the COVID-19 pandemic, leading to a boom in the kitten population.

The Los Angeles City Council ended a 10-year ban on the trap-neuter-return method of controlling cat populations at the end of 2020, and unanimously approved a citywide program to spay and neuter stray cats. The city estimates that over 30 years, the population can be reduced by 14%.

FixNation is a TNR clinic in Los Angeles that assists in this effort by neutering 90 to 100 cats a day, for free.

“This is the only humane way to honor the lives of the kitties that are already here, but stop them from overpopulating with more babies. This is something that they just can’t do on their own,” said Karn Myers, co-founder and executive director of the nonprofit FixNation. 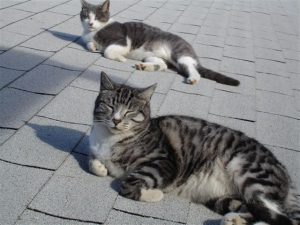 Two cats that have been returned to the outdoors bask in the sunlight. (Photo courtesy of Karn Myers)

If you encounter feral cats – also called stray or community cats – FixNation and similar organizations provide resources on how to trap cats, how to properly bring them to a clinic and how to return them to the outdoors or even care for them post surgery.

“We don’t charge anything for it, it’s been free since day one,” Myers said. “We’ve got people who trap and bring in 20-plus cats at a time, and not everybody has the money to afford that.”

FixNation’s veterinarian staff is composed of volunteers who come from full-service clinics who haven’t had many opportunities to do neutering surgeries. FixNation also operates on pet cats for a small fee, but it has suspended that service because of the alarming number of feral cats born this summer.

Alley Cat Allies is another nonprofit that assists in trap-neuter-return services across the country.

“It’s extremely important for these community cats to be vaccinated and neutered because it makes them more calm and able to coexist,” said Becky Robinson, founder and president of Alley Cat Allies.

As the winter approaches, both organizations have stressed the importance of protecting the lives of these cats by bringing them in to be spayed and neutered. It is also important that these cats are returned, not released, back to where they were found, as introducing them to a new environment could be detrimental to both them and the other wildlife in that area. 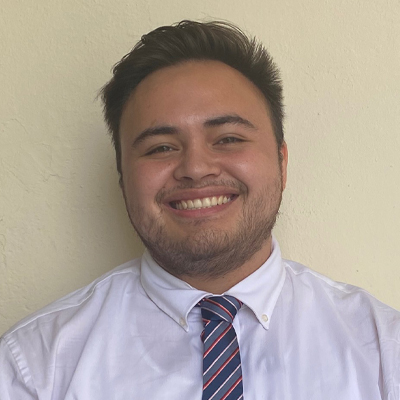