Jacob Chansley at a November protest outside the Maricopa County elections center in the outfit that later made him the face of the Jan. 6 attack on the U.S. Capitol. Chansley, who pleaded guilty Nov. 17 to one count in connection with the attack, got a new attorney this week in what may be the first step toward an appeal. (File photo by Hope O’Brien/Cronkite News)

WASHINGTON – Jacob Chansley, the Arizona man who pleaded guilty to his role in the Jan. 6 assault on the Capitol, switched attorneys Monday, laying the groundwork for a possible appeal of his plea and 41-month sentence.

Chansley’s decision to replace Albert Watkins with John Pierce comes less than two weeks after he expressed remorse at his sentencing for the Jan. 6 attack, telling a judge that if the attack happened again he would “try with all of my heart and soul to stop people.”

Chansley – dubbed the “QAnon Shaman” for his support of QAnon conspiracy theories – quickly became the face of the assault on the Capitol, where he was pictured tattooed and in face paint, a spear in his hand and wearing a fur hat with horns.

By switching attorneys now, however, Chansley appears to be preparing for an appeal that could argue he was poorly represented by his original counsel – one of the limited appeals left to him in his Nov. 17 plea agreement.

In Pierce, Chansley gets an attorney who claims to represent more than 20 other Jan. 6 defendants. For a time, he also represented Kyle Rittenhouse, the teen recently acquitted in the shooting deaths of two men and the wounding of another in the August 2020 protests in Kenosha, Wis. 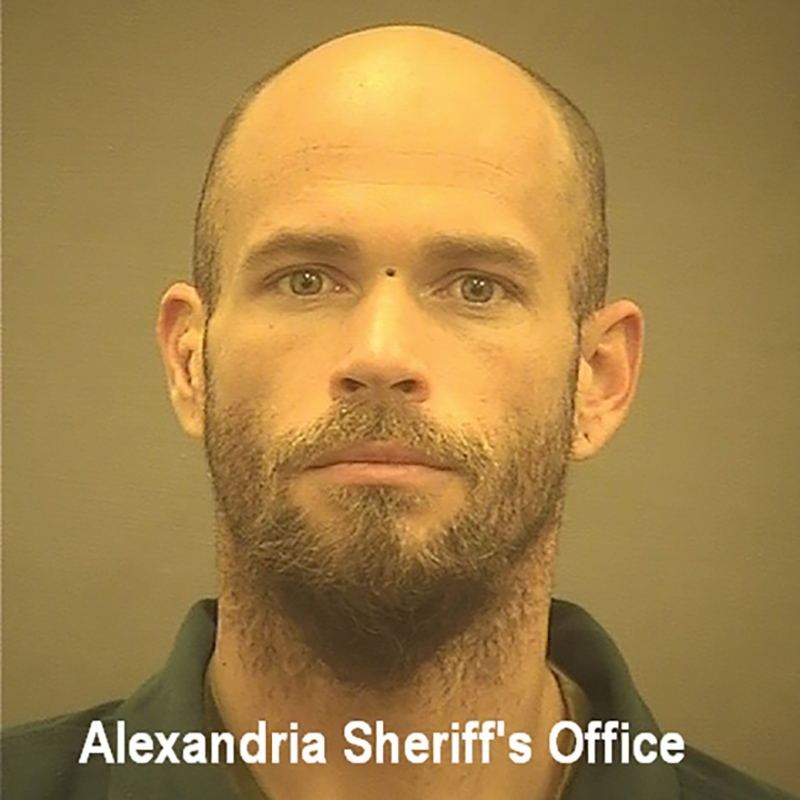 Jacob Chansley without the facepaint and horned fur hat that made him the most recognizable face of the Jan. 6 attack on the U.S. Capitol. After expressing remorse the for attack, the Arizona resident may now be moving toward an appeal. (Photo courtesy Alexandria, Va., Sheriff’s Office)

Rittenhouse last week criticized Pierce and another attorney, Lin Wood, telling Fox News that the two were “disrespecting my wishes, put me on media interviews, which I should never have done.” Rittenhouse said the lawyers, who he eventually dismissed, were “trying to raise money so they can take it for their own benefit, not trying to set me free.”

Requests for comment Monday from Pierce and from the National Constitutional Law Union, which he founded, were not immediately returned. But Watkins said in an emailed statement that he wishes his former client well.

“All sentenced federal defendants have the right to appeal their sentence,” Watkins’ statement said. “Jake is a remarkably gentle and bright young man. I sincerely wish him all the best in his life.”

The change in attorneys came during a brief hearing Monday before U.S. District Judge Royce C. Lamberth, who sentenced Chansley on Nov. 17 to 41 months in prison and another three years of supervised release for his guilty plea to one count of obstructing an official proceeding in the Jan. 6 assault.

Despite Chansley’s statements of remorse at sentencing, Lamberth said his actions on Jan. 6 were “horrific” and that he had served as the “epitome of the riot.”

“You didn’t slug anybody, but what you did here was actually obstruct the functioning of the whole government,” Lamberth said at the sentencing. “You know what you did was wrong.”

Prosecutors said Chansley was one of the first attackers to breach the Capitol in an effort to keep Congress from certifying the Electoral College results that ousted then-President Donald Trump and elected Joe Biden as president. While in the Capitol, they said he led protesters in the Senate chamber where he left a handwritten note for then-Vice President Mike Pence that said “it’s only a matter of time, justice is coming.”

More than 600 people have been charged in that attack, in which hundreds were injured as rioters overwhelmed police and chased lawmakers out of the House chamber. Five people died that day and several police officers who were involved in the defense of the Capitol later committed suicide.

Chansley originally faced six counts, including civil disorder, violent entry and disorderly conduct in a Capitol building, and entering and remaining in a restricted building, among others. He could have received up to 20 years in prison and a $250,000 fine for the one count of obstructing an official proceeding, but prosecutors agreed as part of his plea agreement to only recommend a sentence of 41 to 51 months.

Lamberth imposed a 41-month sentence, along with the supervised release and a requirement that Chansley make $2,000 in restitution. His sentencing order encouraged the Bureau of Prisons to place him Chansley in the Federal Correctional Institution in Phoenix so he can be close to his family.

As part of his plea agreement, Chansley agreed to waive his right to appeal on a number of claims. But the agreement left open the possibility that he could appeal if new evidence came forward or if he could make a claim of ineffective assistance of counsel at trial. He has 14 business days from the date of the sentencing to file an appeal.