Arizona State running back Rachaad White said adversity is a part of life and “it’s about what you do when you go through that adversity and how you push through.” (Photo by Riley Trujillo/Cronkite News)

TEMPE – After an embarrassing loss to Washington State at home, Arizona State football coach Herm Edwards told media members that he would amp up the intensity in practice and make it more competitive.

That competitive spirit was displayed last week versus USC.

It wasn’t the Sun Devils’ best performance of the season, but it was a game they needed to win before going on the road for two weeks.

Despite earlier struggles, players’ spirits remain high and the look in their eyes suggest they haven’t lost confidence.

They’re adamant that their performances against Washington State and Utah (in the second half) were not representative of the team they are and strive to be.

Leaders on ASU offense and defense, running back Rachaad White and linebacker Darien Butler have used their voices to resonate this message in the locker room.

“We played all right. I just, I still feel, you know, we’re still hungry … we’re not satisfied with that W. What happened last week we definitely expected,” Butler said. “I mean, we’re just going to keep moving forward.”

Butler leads the Sun Devils in tackles (60) and interceptions (3) and was recently named a semifinalist for the Butkus Award given to college football’s best linebacker.

“I remember, when they first dropped it, I wasn’t even on the watch list,” Butler said. “But definitely a blessing for sure. … I’m just going to keep working. I just keep playing my game and do whatever I can to help this team.”

The Sun Devils face Washington Saturday for their first away game in four weeks. They are playing two of their last three games on the road.

They will face the Huskies without Washington coach Jimmy Lake, who was suspended for one game because of an altercation with one of his players on the sideline in last week’s game against Oregon.

Washington will also have a new offensive coordinator after John Donovan was fired Sunday.

This will be the third consecutive game Arizona State will play against a team with an interim head coach.

“I think whoever sits in that seat of having to do that, you got to realize the players don’t change, and you want to put them in the best position they can be and to be successful,” Edwards said. “You know, one coach might do a couple of things a little bit differently. But … you’re not going to change the system in a week. It’s just it’s too hard to do that.”

Since Pac-12 expansion in 2011, ASU is the seventh team to play back-to-back road games in the Pacific Northwest.

Washington’s biggest weakness is its run defense. The Huskies rank second to last in the Pac-12 , giving up 194.8 rushing yards per game.

That’s good news for the Sun Devils because one of their biggest strengths is their running game.

ASU is ranked fourth in the Pac-12 in rushing yards per game. The performance last week by White has defenses worried about his explosiveness.

White had career highs in rushing attempts (28) and yards rushing yards (202) against USC.

The mindset he brings every week? “Finish.”

“Just kind of understanding where we had pointed this season and where we’re at and where we’re trying to get to a finish,” White said. “So that’s a big word for me … I’m just trying to finish, run hard and get my team all I got.”

In Seattle, the conditions could be challenging. Temperature at kickoff is expected to be around 50 degrees with a 90 percent chance of rain.

“Just the will to win,” White said about his mindset going into the game. “You gotta want it more than other people on the other team. … You got to want to bounce back, you know, you got to want to keep fighting because you know it ain’t going to always be peaches and cream.”

A new feeling has permeated the ASU locker room, players say. It’s not desperation but more a sense of urgency, especially with the future unclear of what will happen to this team next year.

These last three games are big for the Sun Devils. They could finish the regular season 9-3 and position themselves to win 10 games for the first time in the Edwards era.

“Every team has their ups and downs,” Butler said. “With this team, no matter what, we just try to stay on the positive side and always look forward.” 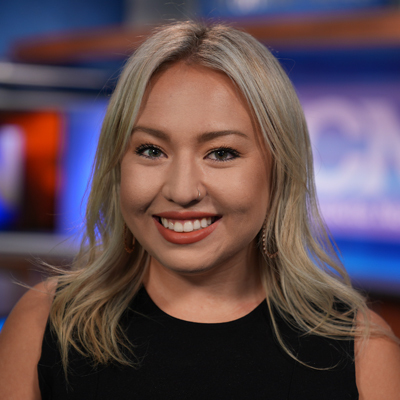 Riley Trujillo expects to graduate in spring 2022 with a bachelor’s degree in sports journalism. Trujillo, who is a digital media intern with Sun Devil Athletics, is working in the Phoenix Sports Bureau.