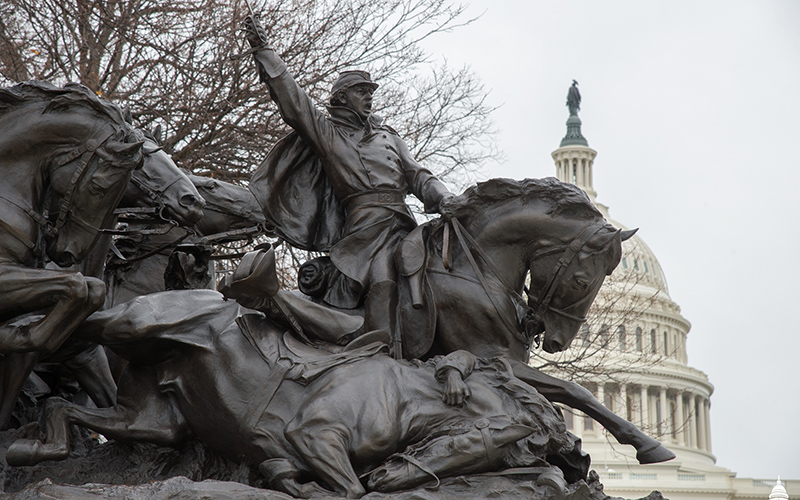 The Grant Memorial at the foot of Capitol Hill honors Union troops of the Civil War. The number of veterans serving in Congress today is at its lowest level since before World War II – but is still well above the percentage of veterans in the general U.S. population. (Photo courtesy Architect of the Capitol)

WASHINGTON – Every year, members of Congress use Veteran’s Day to honor and thank those who have served in the Armed Forces. And every year, finding a colleague to thank for that service gets a little harder.

The number of veterans serving in Congress is at its lowest point since the start of World War II, with vets making up only about 17% of the current Congress, according to a report by the Congressional Research Service.

Arizona’s congressional delegation mirrors those numbers, with two of the 11 members – Rep. Ruben Gallego, D-Phoenix, and Sen. Mark Kelly, D-Ariz. – having served in the Marines and the Navy, respectively.

Gallego, who served as a Marine Corps infantryman in Iraq in 2005, said veterans bring a different – and much needed – perspective to the table.

“One of the things about my little brain is I actually bring the perspective of an enlisted man,” Gallego said in an online forum sponsored Wednesday by Axios. “I know how it is to take orders, not give orders, and the responsibility that comes with all of that.”

And there are practical reasons for wanting more veterans in Congress, said Gallego, since they are more likely to “keep the Department of Defense in check.” 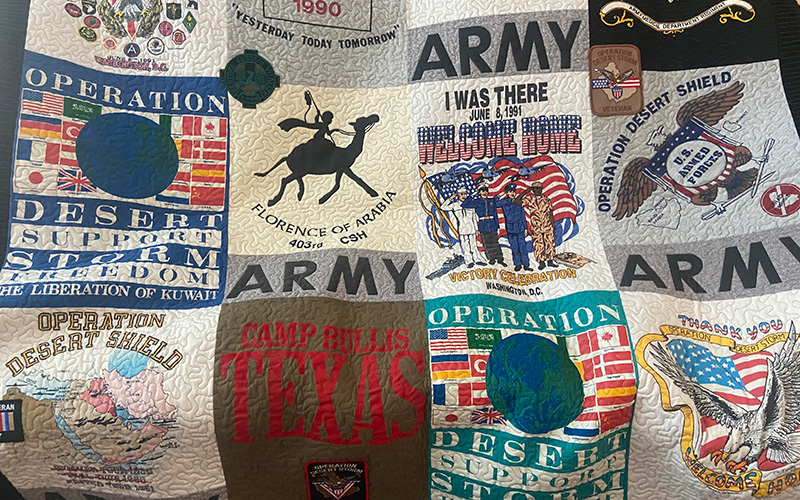 That was echoed by Bill Galston, senior fellow in governance studies at the Brookings Institution, who said veterans from Gallego’s era are key players in Congress.

“Veterans of the Iraq-Afghanistan era who joined the Congress of the United States … are very impatient with the kind of polarized political rhetoric that is now predominant in American politics,” Galston said. “They see it as an obstacle to problem solving and they are right.”

The decline in the number of veterans in Congress is nothing new – the numbers have been dropping steadily in the past few decades, from as high as 73% in the 1970s to 64% in the 1980s to just 17% today.

The Congressional Research Service said there were 91 veterans serving in the 117th Congress at the beginning of this year – 75 in the House and 16 in the Senate.

That’s still well above the 6.9% of the general population who were veterans in 2019, the most recent year for which numbers from the Census Bureau are available. But the decline in Congress has been “a huge loss to the country,” Galston said.

“Veterans have experience focusing on missions, getting the job done and working with diverse teammates to accomplish what needs to be done,” he said.

Galston said they also had a shared experience that created a “golden era” in American politics in the decades after World War II.

“So many members of Congress had seen military service and appreciated other representatives – regardless of party – because they had a common experience of patriotism, duty and sacrifice,” Galston said. “I believe that allowed American politics to operate within certain boundaries of civility, which have disappeared.”

That was echoed by Tom Porter, executive vice president of government affairs for Iraq and Afghanistan Veterans of America, who said it is important to have veteran voices in Congress. 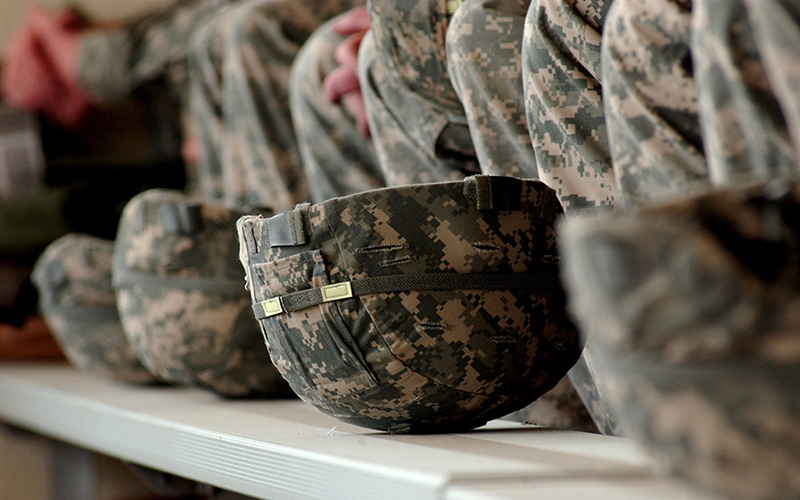 “We need the perspective of people who have served because they know what it means to be a service member and a veteran,” Porter said. “Unless you’re a veteran, you won’t fully understand what happens when veterans come home and transition out of military service.”

Porter, who works with House committees that handle veterans issues, said they depend a lot on veteran perspectives, and see veterans as leaders.

“Whenever there’s an issue that requires military expertise, they often look to members within Congress to consult on the issue,” Porter said. “That is why it’s important to have veterans in office.”

But Porter said he does not expect to see a reversal any time soon.

“In the post-9/11 conflict, so many service members are deploying over and over again, which is a complete contrast from previous conflicts,” Porter said. “It’s become a ‘family-business’ to follow a generational pattern of joining the military.”

With service members deploying several times, they do not transition back into civilian life as quickly as before, Porter said. That, along with far fewer Americans in the military now than in the past, accounts for the decline in veterans in Congress, he said.

Porter said he expects the share of veterans in Congress to continue to decline, but thinks that those who do run will mostly be from the post 9/11 generation. The CRS report said veterans currently in Congress include members who served in the Vietnam and Persian Gulf wars, as well as being deployed to Afghanistan, Iraq and Kosovo.

But Galston said he hopes the trend will shift in the next decade.

“One of the best things to happen in the next decade would be a new large-scale infusion of people with military experience into elective office,” Galston said.

“We need people who have seen service – many of them on the battlefield – to close the gap between official reports, which are often misleading, and what is actually going on in the field,” he said.