House members worked into the early morning Saturday to pass the Biden administration’s $1.2 trillion infrastructure bill and move forward on a separate $1.85 trillion social spending package that Democratic leaders hope to deliver before Thanksgiving. (Photo courtesy Architect of the Capitol)

All four Arizona Republicans voted against and all five Arizona Democrats voted for the bill, which has already passed the Senate and now goes to the president for his signature.

“For far too long, Congress has agreed that infrastructure is an American priority but has let political gridlock get in the way of concrete action,” said Rep. Tom O’Halleran, D-Sedona, in a statement after the vote. “I was proud to vote to pass this much-needed package today.”

But it was political gridlock that prevented House Democrats from pushing through another key part of the White House’s plan, the $1.85 trillion Build Back Better bill that would fund everything from child care to housing to climate change efforts.

Instead, the House cast a 221-213 procedural vote, strictly along party lines, that keeps the bill alive for a final vote when lawmakers return from their Veterans’ Day recess.

The votes followed a full day of wrangling between moderate and progressive House Democrats, with the moderates demanding to see a Congressional Budget Office “score” on the actual costs of the bill before committing to vote. 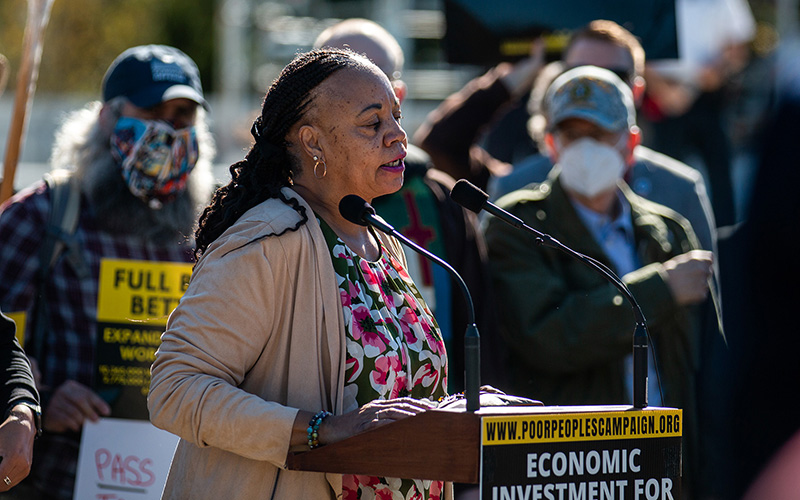 Arizonans join rallies in D.C. to urge action on Build Back Better plan

“We had hoped to bring both bills to the floor today,” House Speaker Nancy Pelosi said Friday, before announcing the plan to keep Build Back Better alive while negotiations continue. “Some members want more clarification or validation of numbers that have been put forth, its top line that it is fully paid for, and we honor that request.”

The two bills had been linked, with progressive Democrats refusing to vote for the infrastructure bill until they were assured of getting what they wanted in the Build Back Better plan, which was cut from the original $3.5 trillion after Senate moderates – including Sen. Kyrsten Sinema, D-Arizona – objected to its size.

Despite the delays, House leaders said they hope to be able to pass the bill and send it to the Senate for final approval before Thanksgiving.

Pelosi said Friday that while negotiations on the larger bill continued, it was important to pass the infrastructure bill so that the jobs it is expected to create “can come online as soon as possible.”

“We have waited a while, we had hoped to pass it sooner, but we can’t wait too much later for the legislation,” she said.

“President Biden and this Democratic majority were elected to bring real, tangible change that could be felt in all corners of the country,” said Rep. Ruben Gallego, D-Phoenix, in a statement. “The Infrastructure Investment and Jobs Act does that by providing critical funds to rebuild Arizona’s roads, bridges, and public transit and expanding access to reliable broadband and clean water for all communities.” 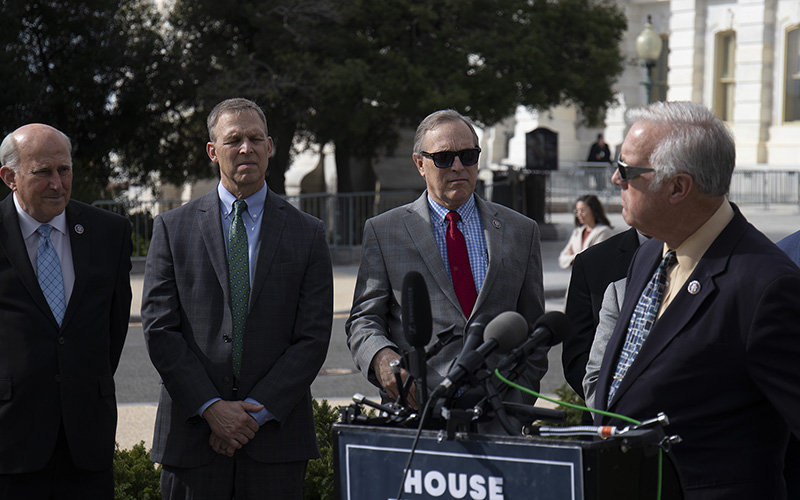 Republican critics said the bill is too costly and loaded with projects that have little to do with actual infrastructure but merely push a liberal agenda.

“While our nation is in need of infrastructure improvements to our roads, bridges, highways, railways, power, and water systems, this bill simply missed the mark,” said a statement from Rep. Debbie Lesko, R-Peoria. “The spending in this bill is not paid for and will add to our national debt, plus only a low percentage of the bill is actually spent on real infrastructure needs.”

Ultimately, six Democratic progressives crossed the aisle to vote against the infrastructure bill and 13 Republicans voted for it.

In Arizona, it said, the bill would help repair 132 bridges and 3,100 miles of highway that are in poor condition, address an estimated $9.1 billion in needed water infrastructure projects and improve broadband access for the 14% of Arizonans who have none and the 45% who live in an area with just one provider, among other goals.

But the bill also includes items that are not traditionally thought of as infrastructure. It calls for funding for home care for the elderly and disabled, for more home weatherization for low-income homeowners and for an increase in child care facilities in the state, where 48% of residents live in a “childcare desert.”

The more-ambitious 10-year, $1.85 trillion Build Back Better plan would cover everything from child care to Medicare, and reduce taxes for workers and families, according to an administration fact sheet. 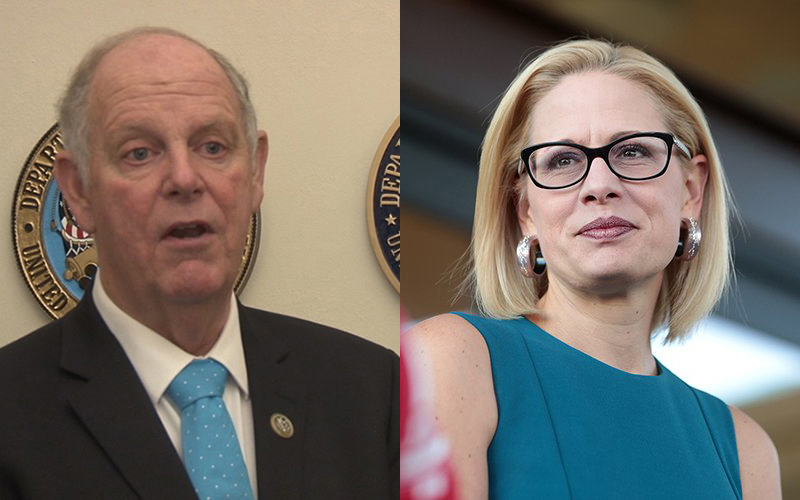 The White House said that in Arizona the plan would provide access to child care for 457,864 young children per year and expand access to free preschool to more than 139,000 additional 3- and 4-year-olds per year. It would also expand Medicaid coverage to 158,000 uninsured people and save hundreds of dollars in health care annually for more than 107,000 Arizonans.

Democratic leaders, including President Joe Biden, insist that the plan will pay for itself, through higher taxes on corporations and the highest-wage earners.

Debate on the cost of the bill has taken place over the past several months, and that continued Friday, with Gallego tweeting that the package “creates jobs, grows the economy invests in children, families and climate action and is paid for.”

But Lesko said the “huge tax-and-spend bill” will drive up inflation and “every single American will pay for it.” Rep. Andy Biggs, R-Gilbert, went further, calling it a “far left … Socialist spending plan.”

The current $1.85 trillion Build Back Better plan is a scaled-back version of the originally proposed 10-year, $3.5 trillion budget. Rep. Raul Grijalva, D-Tucson, said Democratic progressives had been called on “to compromise and not let the perfect be the enemy of the good,” and had done so. He called on party moderates “to practice what they preach and vote to Build Back Better.”

If the plan can pass the House when it comes back after recess, it must still go to the Senate. Rep. Greg Stanton, D-Phoenix, said Friday’s vote on the infrastructure bill was “a big step forward – an important one – but our work is only half done.”

“We must continue our work to pass a meaningful reconciliation bill that will strengthen America’s middle class and lower everyday costs that burden families without adding to our national debt,” Stanton said in a statement after Friday’s votes.