WASHINGTON – Tucson Police Chief Chris Magnus moved one step closer to becoming the next commissioner of U.S. Customs and Border Protection on Wednesday after a Senate committee narrowly approved his nomination, voting largely on party lines.

The Senate Finance Committee voted 15-13 to advance Magnus, who would go from running an 1,100-member police department to a 60,000-worker federal agency if his nomination is ultimately approved by the full Senate.

All but one committee Republican opposed the nomination Wednesday, with Sen. Mike Crapo, R-Idaho, taking the opportunity to attack the Biden administration’s handling of the border and criticize Magnus as not ready for the job.

He pointed to the record number of immigrant apprehensions at the southern border in fiscal 2021, when border officials recorded more than 1.7 million encounters. Crapo also claimed that 557 people have died trying to cross the border this year and that Border Patrol agents have seized more than 390 kilograms of fentanyl there.

But Sen. Ron Wyden, D-Oregon, said that while Magnus is walking into a tough situation, he is the right man for the job. 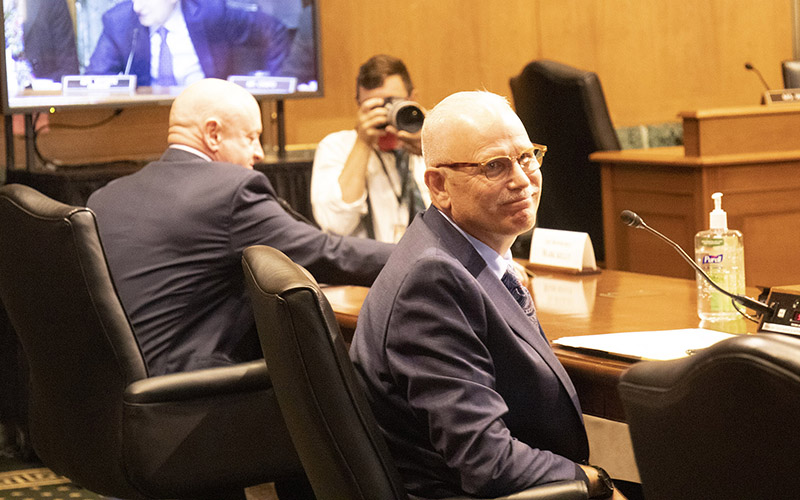 “He shares the view that enforcing our immigration laws and treating people humanely are not mutually exclusive,” Wyden said.

Magnus was tapped in April by President Joe Biden, who cited his “lengthy career in public safety” and his recent service in a border state.

Magnus has worked in public safety for more than 41 years, working first as a dispatcher and then a paramedic in his native Michigan before becoming a deputy sheriff and then an officer with Lansing Police Department. He became chief of police in Fargo, North Dakota, in 1999 before taking over the department in Richmond, California, in 2006.

In 2016, he was named chief of the Tucson department.

While chief there, Magnus went on record opposing the Trump administration’s decision to send Department of Homeland Security officers into Portland, Oregon, to quell rioting there, and he wrote a New York Times editorial criticizing Trump’s threat to pull public safety funding from “sanctuary cities.”

Republicans raised those issues at Magnus’ October confirmation hearing, where they repeatedly tried to get him to admit there is a crisis at the border. While Magnus acknowledged the issues at the border, and said he supports strong border security, he would not call the current situation a crisis.

“I cannot understand why the administration refuses to call this the crisis that it is – other than to avoid taking responsibility and committing the requisite resources to address it,” Crapo said.

Despite his opposition, Crapo said he and Magnus agree on the importance of “combatting the importation of goods made with forced labor and enforcing our trade-remedy laws,” and that he will work with Magnus to address those issues. 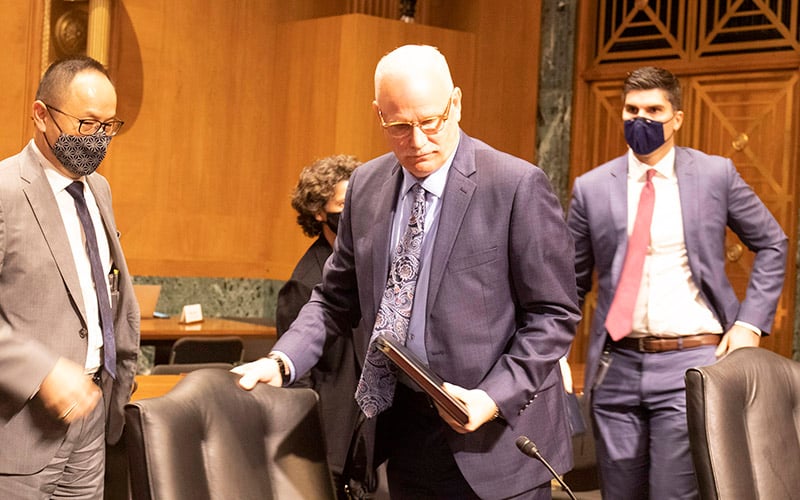 Tucson Police Chief Chris Magnus, center, at his confirmation hearing before the Senate Finance Committee in October said he accepted the nomination to run CBP for the same reason he got into law enforcement decades ago, “to make a difference.” (File photo by Genesis Sandoval/Cronkite News)

Wyden said that Magnus has promised not only to enforce the country’s immigration laws but to see that the “customs and trade aspect of the agency” do not get “short shrift on his watch.”

“Arizonans know all too well what it looks like when the federal government fails on border security and immigration,” Kelly said in a prepared statement. “It is critical for Arizona, and for CBP, to have Senate-confirmed leadership committed to supporting officers and carrying out its mission.”

That support was echoed by Rep. Ann Kirkpatrick, D-Tucson, who called Magnus “the right person to lead CBP.

“As a Tucsonan he knows the border and our community.” Kirkpatrick said in a statement. “I feel confident that he will work with us on more humane approaches to border policies.”

All 14 Democrats on the committee voted for the nomination and were joined by Republican Sen. Bill Cassidy of Louisiana. No date has been set for a final vote before the full Senate, but Wyden said Magnus deserves bipartisan support.

“In my view, Chief Magnus is the right choice to lead CBP,” Wyden said. “He deserves strong support from both sides of the Senate.”