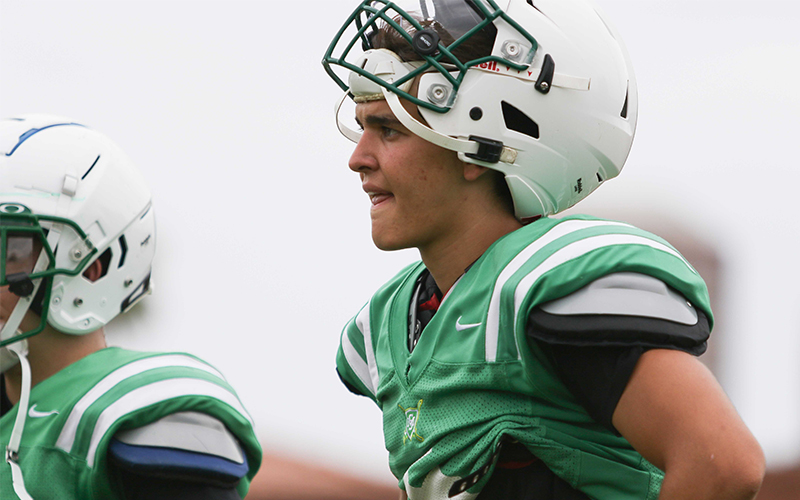 Nick Martinez, a quarterback for St. Mary’s Catholic High School, is among the local athletes to take part in a public service announcement related to suicide prevention among Arizona’s youth. (Photo by Harrison Zhang/Cronkite News)

PHOENIX – Nick Martinez, a quarterback for St. Mary’s Catholic High School, looked into the camera and spoke from his heart. Addressing his fellow teens, he said, “Don’t give up. There is help and there is hope.”

For the third straight year, the Grand Canyon State Gridiron Club and Teen Lifeline worked together to create public service announcements to help prevent suicide among Arizona’s youth and make a difference.

The partnership started in 2019 at a fundraising gala hosted by Teen Lifeline. Martinez is one of many local athletes who have volunteered their services to the project.

Teen suicide is on the rise. A 2019 Youth Risk Behavior Study conducted by the Centers for Disease Control and Prevention showed that 18.8% of high school students seriously considered attempting suicide and 8.9% actually attempted suicide. Another CDC study released in June reported that emergency room visits for suspected suicide attempts rose in adolescents – particularly among girls – during the coronavirus pandemic.

“Don Kile (the president) of the Gridiron Club said to me, ‘I think we have an opportunity to really draw on this idea that teens want to talk to teens,’” said Michelle Moorhead, executive of Teen Lifeline. “(He added), ‘Let’s ask these student athletes to do some public service announcements and to try to reach out to their fellow students and say it’s OK if you need help.”

Since the start of the partnership, the two organizations, along with athletes who are volunteering, have helped create over 35 PSAs that are posted on social media. Each year, the program attracts more athletes to get involved and spread the message to their peers.

It’s not just the message that the athletes are sending to their peers that makes a difference. It’s also the messaging platform. 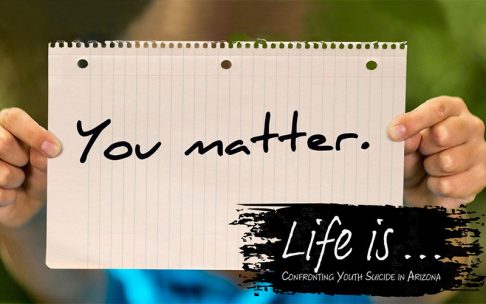 Teen Lifeline, Moorhead said, is one of the only hotlines in the country that uses peer-to-peer messaging. This approach sets it apart from other hotlines.

“The reason why teens feel comfortable reaching out to us is because they’re going to talk to another teen,” Moorhead said. “They are talking to someone who really understands what they’re going through and can connect with them, so they are able to open up and share.”

Along with the PSAs, the Gridiron Club paid for green shirts and ribbons for high school athletes, coaches, cheerleaders and fans to wear to show support for National Suicide Prevention Month.

“Our mission is to take the green color of the Teen Lifeline logo and paint the entire high school athletic world for one month each year – September being National Teen Suicide Prevention Month,” said Kile, who noted that “coaches, players, game officials, school administrators and student bodies all dressed in green to bring additional awareness to the value of the suicide prevention and Teen Lifeline’s efforts across the country.”

For the athletes, it gives them an outlet to make a difference in their community.

“It’s exciting to be able to spread a message about this and be able to put good back out into the world,” Martinez said. “Just being able to come together and put something out to help Arizona is meaningful.”

As the subject of mental health has become more prominent over the years – a topic that increased in urgency after the pandemic shuttered much of the world – Martinez believes it is important for him to be an advocate for his peers, even after his time with Teen Lifeline.

If you or someone you know is in need of assistance, contact Teen Lifeline. The hotline takes calls at (602) 248-8336 at all hours 365 days a year with SMS support available weekdays from noon to 9 p.m. and weekends 3-9 p.m. 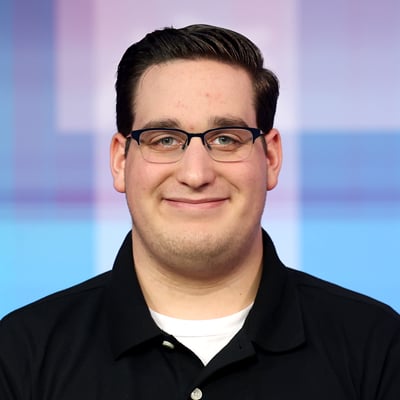