PHOENIX – Nearly a month ago, Arizona became the 26th state in the country to legalize sports gambling – just in time for the NFL’s season-opening games.

With gambling off to a rapid start and the airwaves and other media inundated with advertising promoting popular sports-gambling apps, it’s a safe bet that the money is already pouring in. Could youth sports benefit from the windfall?

“There really isn’t a dedicated revenue stream at all in New York, and I’m sure most places for youth sports funding,” said Democratic New York Assembly member Monica Wallace, who proposed the youth-sports fund. “I know that the idea of sports betting was controversial. My proposal was ‘Look, if we’re going to do it, let’s at least do something positive with that.’”

The Empire State is the first and only state in the country to allocate money towards youth sports. Other states, including California, Ohio and Maryland are discussing something similar.

For now, the current funding plan in Arizona directs all gambling revenue to the state’s General Fund. By doing so, legislators can battle over how they would like the money to be allocated.

“We can spend it on whatever we want,” said Rep. Jeff Weninger, R-Chandler. “We can prioritize K-12 education, we can prioritize higher education or infrastructure because things change and needs change.”

Despite a 23-6 majority vote in the Arizona State Senate that passed the gambling legalization into law, there was opposition. On the Senate floor, Democratic state Sen. Sally Ann Gonzales called the bill “unfair” and “a sham,” claiming that the bill would hurt the state’s Native American tribes, which operate casinos under the Tribal-State Gaming Compacts.

Funneling the state’s cut of the gambling proceeds into the General Fund is intended to provide the flexibility to prioritize different projects. The state could allocate money for youth sports programs. Or not.

“Our entire thought is that this should be an economic boom for everybody,” said Sen. T.J. Shope, R-Coolidge. “Since it goes to the General Fund, a future legislature could determine that ‘Hey, you know, we got to fund youth sports or whatever,’ and use a portion of these proceeds to fund that.”

The ability to allocate money toward youth sports will be available but not mandatory under current Arizona law.

While there were concerns about the bill, it was ultimately passed and has been widely successful in its first month.

The era of sports gambling has arrived in Arizona, and legislators are hoping to cash in to help the future of Arizona. 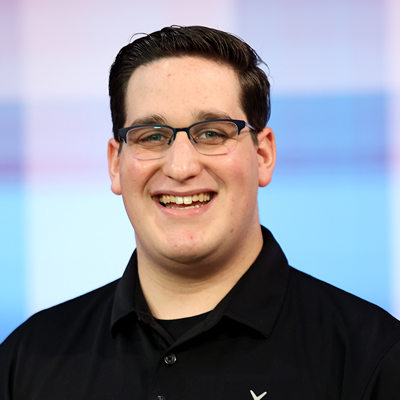 Ryan Blank expects to graduate in May 2023 with a bachelor’s degree in sports journalism and a minor in business. Blank is a digital intern with Sun Devil Athletics and a play-by-play broadcaster for the Varsity Sports Show. He is working for the Phoenix sports bureau.