PHOENIX – If your car or truck is blocking a sidewalk, beware. A new Arizona law makes it a crime, punishable by a $250 fine.

The new law is one of 12 that went into effect Wednesday. Others deal with giving penalties for “doxxing” (posting personal information about someone), classifying gun stores as essential businesses and adding new provisions to driver license suspensions for aggressive or reckless driving and street racing.

The law, House Bill 2395, is designed to keep walkways clear for everyone, including those who can’t “just go around” such obstacles. Public or private driveways, crosswalks and sidewalks are among the areas included in the law’s provisions.

Rep. Jennifer Longdon, D-Phoenix, introduced HB 2395 in January, and it passed in February on a 49-11 vote. Gov. Doug Ducey signed it in May. 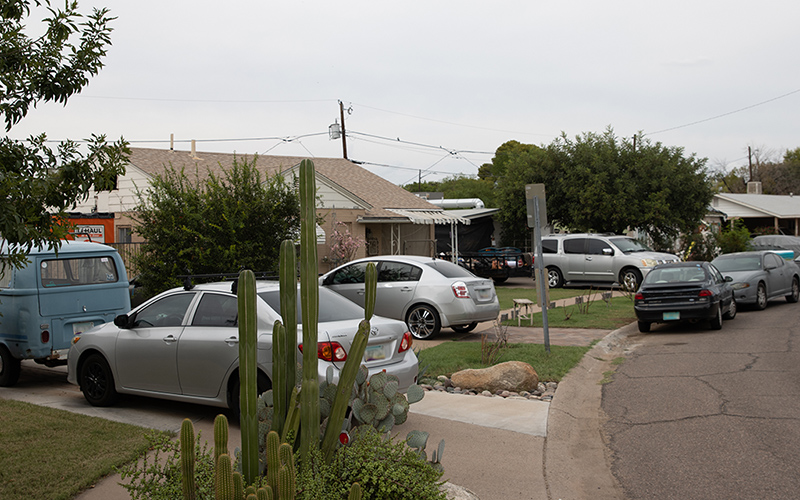 In a Phoenix neighborhood, there were multiple vehicles blocking the sidewalk preventing pedestrians from using it. (Photo by Sierra Alvarez/Cronkite News)

During a February hearing of the House Transportation Committee, Longdon said when vehicles – especially trucks with hitches – impede sidewalks, it makes passing difficult for many pedestrians, including those in wheelchairs, who are parents with small children, or are blind and use aids.

“It’s an effort to be more mindful to make sure we’re protecting pedestrians,” said Longdon, who uses a wheelchair after being paralyzed from the chest down in a random shooting in 2004.

At the hearing, she shared a story of someone she knew, who is blind and uses a sight cane, walking into a cactus while trying to move around a sidewalk obstruction.

The law does not apply if a vehicle is temporarily parked for the purpose of loading or unloading, in emergency situations or when complying with other laws or directions of a police officer or traffic control device.

It also does not apply to vehicles or drivers delivering official U.S. mail so long as the driver does not leave the vehicle and it’s only stopped momentarily. 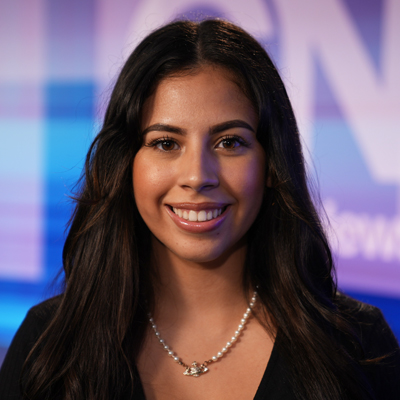 Diana Quintero expects to graduate in spring 2022 with a bachelor’s degree in journalism and mass communication and a minor in business. Quintero, who has interned with Arizona Horizon on Arizona PBS, is working in the Phoenix News Bureau and plans to earn a master’s degree in spring 2023.