Arizona state Rep. Jennifer Longdon, D-Phoenix, was paralyzed after being hit by random gunfire in 2004. She plans to introduce a package of gun-control bills and believes most state residents are ready, if not all state lawmakers. (Photo by Megan U. Boyanton/Cronkite News) 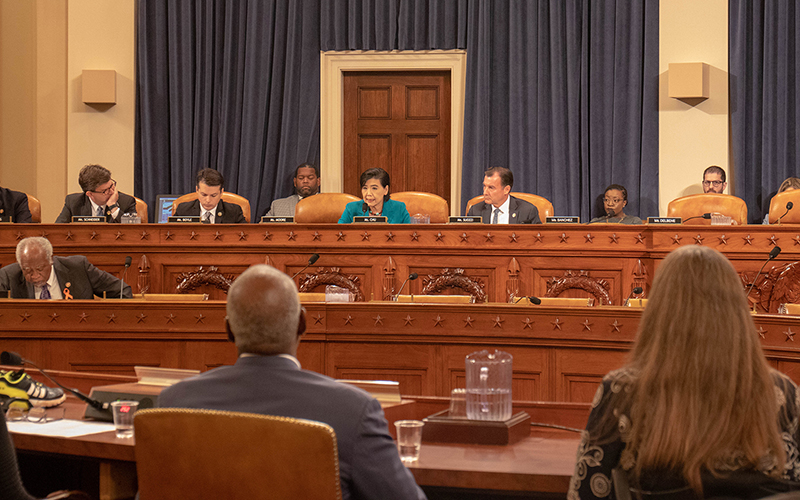 The House Ways and Means Committee hearing came after a spate of mass shootings in August killed dozens of people across the country, Democrats on the committee are trying to push the Senate to act on House-passed gun bills. (Photo by Megan U. Boyanton/Cronkite News) 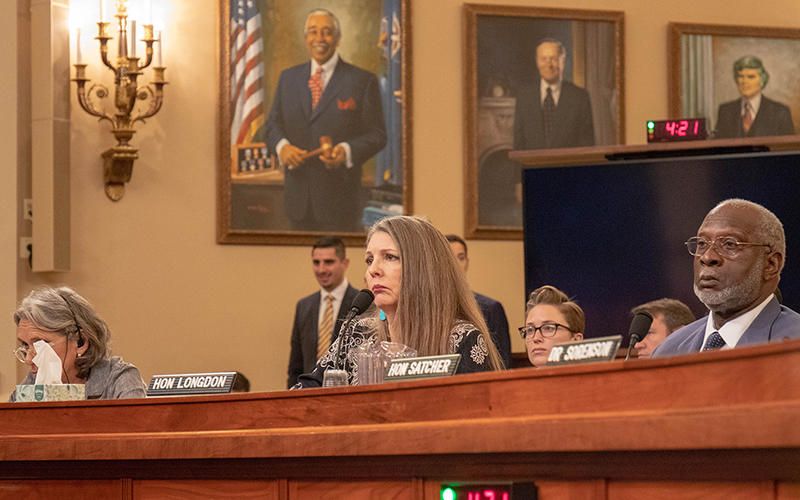 WASHINGTON – State Rep. Jennifer Longdon, D-Phoenix, didn’t need to tell congressional lawmakers Thursday about the harm firearms can do: She showed them, when she rolled her wheelchair into a House hearing on the costs of gun violence.

Longdon is paralyzed from the chest down, and her ex-fiancé lives with brain trauma and blindness, after they were struck by five bullets in a random 2004 shooting.

“I’m dying in slow motion,” Longdon told members of a House Ways and Means subcommittee. “My life will be cut short by the complications of my gunshot wound. I’ve lost count of my near misses.”

She was one of eight legislators, advocates and medical professionals who shared sobering stories at the hearing in the hopes of spurring committee members to action on gun control.

Dr. Laurie Punch, a St. Louis-based trauma surgeon, told of working for four hours on Shannon Hibler, a young man with “bullet holes that were too many to count.” After he died, Punch said, she took some of Hibler home with her, “his blood covering my shoes.”

The hearing comes as Democrats press for action on gun-control bills in the wake of a spate of mass shootings that took dozens of lives in August.

Editors: A previous version of this story misidentified Longdon’s relationship with another shooting victim, in the second graf. Longdon was with her then-fiancé when both were wounded. The story here has been corrected, but clients who used previous versions are asked to run the correction found here.

The House in February passed a bill to expand background checks on gun buyers, but it has languished in the Senate. Majority Leader Mitch McConnell has said he will not bring up any bill President Donald Trump is unlikely to sign.

“We now have a generation of young people who have only known a life with school shootings and lives lost at churches, concerts, festivals and in their communities,” said Thompson, who chairs the Gun Violence Prevention Task Force.

But one committee member pushed back. Rep. Mike Kelly, R-Penn., said more gun control would be ineffective because “people break laws every day.”

He blamed the country’s shifting culture, saying that America should address why it moved away from traditional family values, worship and “the Ten Commandments.”

There have been 430 incidents of gun violence so far this year in Arizona, according to the Gun Violence Archive, which reported more than 40,000 nationwide. It said the majority of gun crime in 2019 has been in the Midwest and East Coast.

Still, one Arizonan is murdered with a gun every nine hours, reports the Giffords Law Center to Prevent Gun Violence, which gave the state a grade of F on its latest gun-law state scorecard.

But Longdon said she doesn’t think numbers will sway politicians toward change. 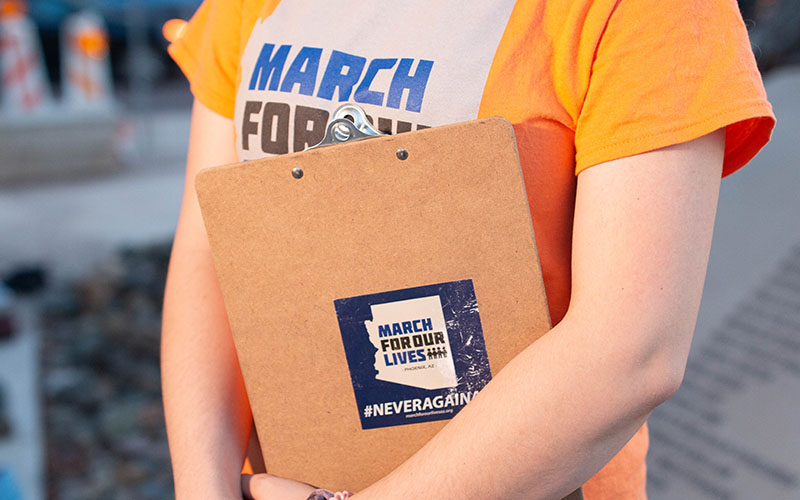 “You have stacks of studies and reports in your offices,” she said. “Those have not moved you to action. Neither have the personal stories of the hundreds of thousands of survivors told in these halls.”

Longdon said a botched drug deal, road rage or “bad neighborhood” were not to blame for her shooting – instead, she was a victim of statistics.

While Longdon clung to life, she said the bullet that tore through her back cost her many loves: hiking, martial arts and entrepreneurship. It irreversibly changed her family, robbing her son of an “active and able-bodied mother.”

After the hearing, Longdon said she is still hopeful that “data-driven solutions” will win out. She plans to introduce a package of gun-violence bills in January that she hopes will appease gun owners like herself. She thinks the state is ready.

“Most Arizonans are on board already with universal background checks, safe storage,” Longdon said. “Our issue is the legislature.”

And for her, it’s personal.