Music is important to the Mercury. Kia Nurse goes with “whatever vibe I’m feeling that day.” (Photo by James Franks/Cronkite News) 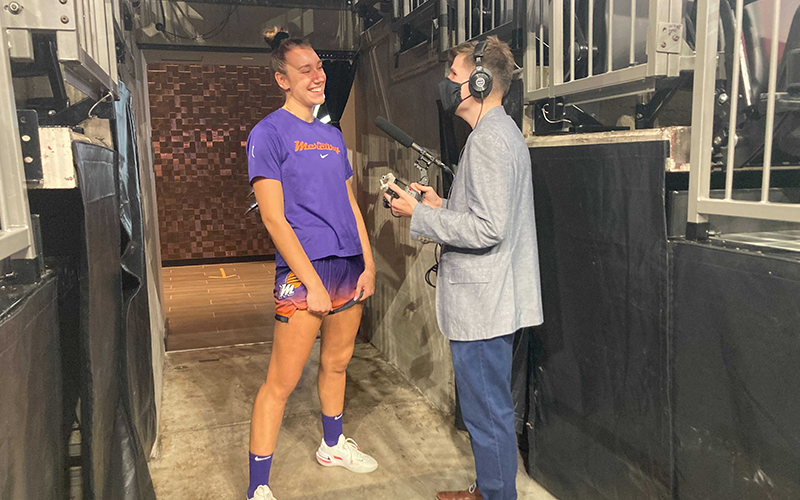 It’s the playlist belonging to Alanna Smith that Mercury players listen to in the locker room before a game. (Photo by Kaysey Siobal/Cronkite News) 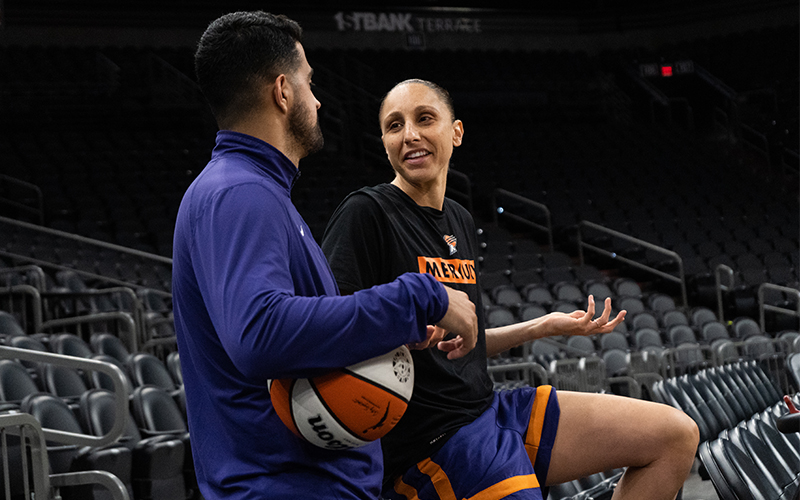 A song recommendation by Diana Taurasi – “Par-Tusa” by Argentinian artist El Dipy – was played over and over by the Mercury after it seemed to coincide with a winning streak. (Photo by Julian Rosa/Cronkite News)

PHOENIX – Playlists are difficult to build. A shared one, that must accommodate a whole group of people with different tastes and interests, is even more challenging. But that’s the burden resting on the Mercury’s Alanna Smith.

“I don’t think anybody knew that I had a good selection of music. … Somebody’s got to do it,” said Smith, the power forward from Australia. “So it fell to me.”

Smith’s playlist varies from day to day, consisting of a wide range of artists. From Megan Thee Stallion to Dua Lipa, from Rihanna to Pop Smoke, from Lil Wayne to Lauryn Hill, this playlist has something for everyone.

“(Alanna) has the fixes, she has a variety of music,” Shey Peddy, a guard from Massachusetts, said.

Although Smith never asked for this role, she has certainly embraced her duty. While the team personnel handles the music during practice, it is Smith’s playlist that brings everyone together before the game in the locker room.

And like any ritual that has proven successful, Phoenix players plan to keep spinning the same tunes as the end of the regular season nears and the WNBA playoffs approach. The Mercury, with a 19-11 record, play in Seattle Friday night before closing out the season at home on Sunday against the Aces.

“I’d say it’s pretty important enough to get you hyped and get in the mood to go out there and give 110%,” Smith said of music’s role, adding, “You want to play something upbeat. Something that people know the words to as well.

The wild range of emotions allows for players to fluidly zone in and out, and match their presence of mind. With a locker room as diverse as the Mercury’s, that flexibility is key to getting everyone in the zone.

“I listen to whatever song I like at that moment,” said Kia Nurse, a guard from Canada. “And if it’s fast, if it’s slow, if it’s Disney, it’s just some random stuff. Like whatever vibe I’m feeling that day.”

Recently, the hip-hop artist of choice has been Drake, with his recently released album “Certified Lover Boy” getting some love from Bria Hartley. Since returning to the court after her lengthy recovery from last year’s ACL tear, the new album has been on repeat for the guard out of New York, although one track in particular stands above the rest.

“‘Pipe Down’ is my favorite one,” Hartley said.

Music’s motivational power can be seen every day with the Mercury. But it feels especially poignant after a win. One song in particular is played in the locker room after every victory, one song everyone enjoys and celebrates together.

She can’t remember the name of it, but the tune still rings in her ear.

“Uhhh, it’s Spanish,” Peddy said, laughing as she began to hum and dance.

The song “Par-Tusa” by Argentinian artist El Dipy was introduced by Diana Taurasi while the team was in the WNBA’s bubble last year. As Sophia Cunningham remembers it, the players “just kept playing it over and over when we won,” as they ripped off a seven-game win streak soon after Taurasi shared it.

The team brought back the tradition this season, and the tune was on repeat during the Mercury’s recent 10-game win streak. While that streak came to an end last Saturday, the players are confident they can start the party again and ride that vibe deep into the playoffs. 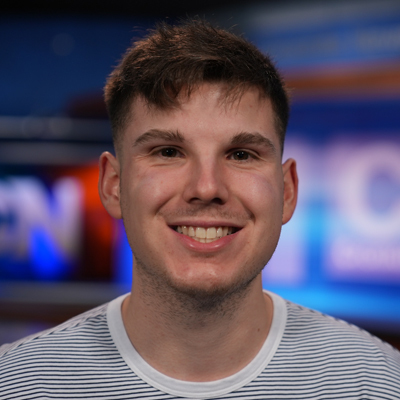 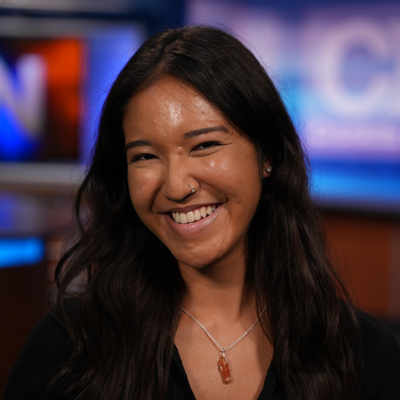 Kaysey Siobal expects to graduate in December 2021 with a bachelor’s degree in sports journalism. Siobal, who has interned with the Oahu League of Hawai’i Youth Soccer Association, is working in the Phoenix Sports Bureau.